Take a quick look back at our favorite articles from this week. 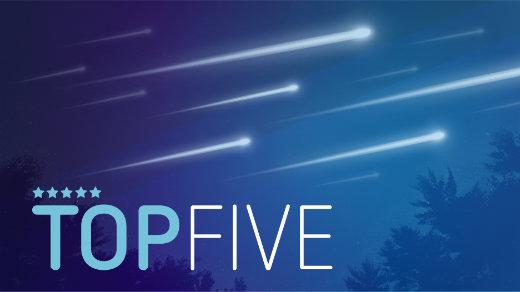 We're celebrating an important open source anniversary, a middle school that's saving old computers with Linux, and more in this week's top 5. Check it out!

5. An introduction to DomTerm, a Linux terminal emulator

DomTerm is a bit different than your average terminal emulator, thanks in large part to using a browser engine as a "GUI toolkit." Software engineer Per Bothner gives hands-on look at a few of the features that make this open source tool special.

From massive supercomputers to the smartphones we use daily, it seems open source software is everywhere today. But that wasn't always the case. Red Hatter Dave Neary shares how a simple print jam fix at MIT grew into one of the tech industry's predominant software development models in this article.

What is a container runtime, exactly? The term, as Red Hat engineer Daniel J. Walsh explains, is an often misunderstood one. In this article, he explains what people really mean when they're talking about container runtimes and how they came to be.

2. How I coined the term 'open source'

Christine Peterson shares how, in February of 1998, she came up with the term "open source software," how it was first proposed, and how it was received by a group that included Eric Raymond, Michael Tiemann, Jon "maddog" Hall, and others. Saturday marks 20 years since she coined the term.

When Ontario middle school teacher Andrew Dobbie learned that dozens of old computers were being shipped out of his school, he created the Tech Stewardship program to make sure they didn't go to waste. Thanks to Linux and open source software, Dobbie's students have kept more than 200 computers up and running.

As we celebrate our eight-year anniversary, it's only fitting that we recognize our outstanding community members. Thank you for making Opensource.com great!

Alex Sanchez - Outside the office, you'll find me running, trying out new recipes, dominating in Sid Meier's Civilization, or catching up on my favorite movies, TV shows, and podcasts.
More about me