Python supports imperative, functional, procedural, and object-oriented programming; here are tips on choosing the right one for a specific use case.

Early each year, TIOBE announces its Programming Language of The Year. When its latest annual TIOBE index report came out, I was not at all surprised to see Python again winning the title, which was based on capturing the most search engine ranking points (especially on Google, Bing, Yahoo, Wikipedia, Amazon, YouTube, and Baidu) in 2018. 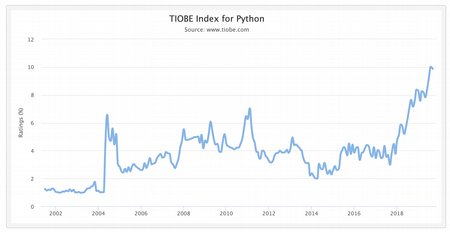 Adding weight to TIOBE's findings, earlier this year, nearly 90,000 developers took Stack Overflow's annual Developer Survey, which is the largest and most comprehensive survey of people who code around the world. The main takeaway from this year's results was:

Ever since I started programming and exploring different languages, I have seen admiration for Python soaring high. Since 2003, it has consistently been among the top 10 most popular programming languages. As TIOBE's report stated:

There are several reasons for Python's rapid rise, bloom, and dominance in multiple domains, including web development, scientific computing, testing, data science, machine learning, and more. The reasons include its readable and maintainable code; extensive support for third-party integrations and libraries; modular, dynamic, and portable structure; flexible programming; learning ease and support; user-friendly data structures; productivity and speed; and, most important, community support. The diverse application of Python is a result of its combined features, which give it an edge over other languages.

But in my opinion, the comparative simplicity of its syntax and the staggering flexibility it provides developers coming from many other languages win the cake. Very few languages can match Python's ability to conform to a developer's coding style rather than forcing him or her to code in a particular way. Python lets more advanced developers use the style they feel is best suited to solve a particular problem.

While working with Python, you are like a snake charmer. This allows you to take advantage of Python's promise to offer a non-conforming environment for developers to code in the style best suited for a particular situation and to make the code more readable, testable, and coherent.

Python supports four main programming paradigms: imperative, functional, procedural, and object-oriented. Whether you agree that they are valid or even useful, Python strives to make all four available and working. Before we dive in to see which programming paradigm is most suitable for specific use cases, it is a good time to do a quick review of them.

The imperative programming paradigm uses the imperative mood of natural language to express directions. It executes commands in a step-by-step manner, just like a series of verbal commands. Following the "how-to-solve" approach, it makes direct changes to the state of the program; hence it is also called the stateful programming model. Using the imperative programming paradigm, you can quickly write very simple yet elegant code, and it is super-handy for tasks that involve data manipulation. Owing to its comparatively slower and sequential execution strategy, it cannot be used for complex or parallel computations. 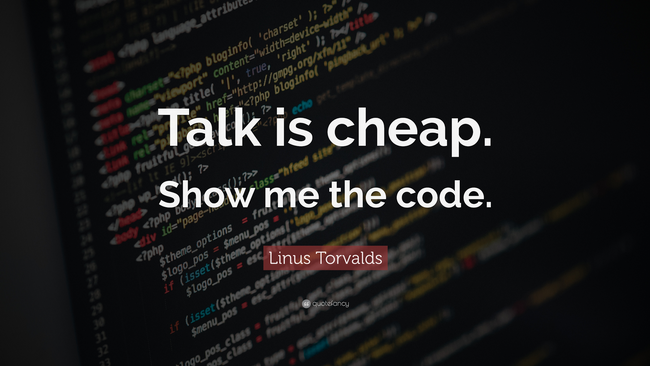 Consider this example task, where the goal is to take a list of characters and concatenate it to form a string. A way to do it in an imperative programming style would be something like:

Here, the variable sample_string is also like a state of the program that is getting changed after executing the series of commands, and it can be easily extracted to track the progress of the program. The same can be done using a for loop (also considered imperative programming) in a shorter version of the above code:

The functional programming paradigm treats program computation as the evaluation of mathematical functions based on lambda calculus. Lambda calculus is a formal system in mathematical logic for expressing computation based on function abstraction and application using variable binding and substitution. It follows the "what-to-solve" approach—that is, it expresses logic without describing its control flow—hence it is also classified as the declarative programming model.

Using the same example, the functional way of concatenating a list of characters to form a string would be the same as above. Since the computation happens in a single line, there is no explicit way to obtain the state of the program with sample_string and track the progress. The functional programming implementation of this example is fascinating, as it reduces the lines of code and simply does its job in a single line, with the exception of using the functools module and the reduce method. The three keywords—functools, reduce, and lambda—are defined as follows:

This modularized form of development is a very old development style. The different modules in a program can have no relationship with each other and can be located in different locations, but having a multitude of modules creates hardships for many developers, as it not only leads to duplication of logic but also a lot of overhead in terms of finding and making the right calls. Note that in the following implementation, the method stringify could be defined anywhere in the universe and, to do its trick, only require the proper call with the desired arguments.

The object-oriented programming paradigm considers basic entities as objects whose instance can contain both data and the corresponding methods to modify that data. The different principles of object-oriented design help code reusability, data hiding, etc., but it is a complex beast, and writing the same logic an in object-oriented method is tricky. For example:

What programming paradigm should I choose?

It's important to note that there is no comparison between the different types of programming paradigms. Since software is nothing but knowledge representation, the answer to the question: "What is the best way to represent my problem?" is choosing a specific programming paradigm.

In layman's terms, if your problem involves a series of simple sequential manipulations, following the old-school imperative programming paradigm would be the least expensive in terms of time and effort and give you the best results. In the case of problems requiring mathematical transformations of values, filtering information, mapping, and reductions, functional programming with program computation as mathematical functions might come in handy. If the problem is structured as a bunch of interrelated objects with certain attributes that can change with the passage of time, depending on certain conditions, object-oriented programming will be super-useful. Of course, a rule-based approach would not work here, as programming paradigm choice is also heavily dependent on the type of data to be processed, the dynamic needs of the system, and various other things like scalability.

Analyzing the latest tech buzzwords can help identify why certain programming paradigms work better than others.

There is a high probability that any two developers would disagree on the best coding style for any situation and have valid arguments to support their opinion. The amazing thing about Python is that it lets you choose the programming paradigm that works the best for you in a given situation.

As the above examples demonstrate, a task can always be broken into sub-tasks where each smaller part is coded in a completely different paradigm. The mix-and-match style works perfectly as long as the packages used are minimal, the inputs and outputs are clearly defined, and the complexity is moderated. There are no rules that say you can’t combine styles as needed. Python doesn’t stop in the middle of interpreting your application and display a style error when you mix styles.

Because there is no perfect guidebook for choosing a correct coding style for a given use case, the best suggestion is to try several paradigms weighing in their pros and cons until you find the one that leads to a simple yet efficient solution. There will be times during this experimentation when you will see that instead of using a single style throughout, a combination of programming paradigms works better for different parts to a solution. During this process, it is also highly recommended to document the requirements and the trials of different styles to share with the community and get feedback. The comments and suggestions will help with development as well as your teammates and any future developers that are added to the team. 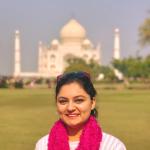 Red Hat Women in Open Source Academic Award Winner 2017, Google Summer of Code alumna and currently a Machine Learning Engineer at Twitter Inc., Jigyasa Grover is an ardent open source enthusiast and aspires to inspire a powerful bunch of girls and boys alike to help bridge the gender gap in technology.
More about me