Most people probably don't remember where they, the computing industry, or the everyday world were in 1996. But I remember that year very clearly. I was a sophomore in high school in the middle of Kansas, and it was the start of my journey into free and open source software (FOSS).

I'm getting ahead of myself here. I was interested in computers even before 1996. I was born and raised on my family's first Apple ][e, followed many years later by the IBM Personal System/2. (Yes, there were definitely some generational skips along the way.) The IBM PS/2 had a very exciting feature: a 1200 baud Hayes modem.

I don't remember how, but early on, I got the phone number of a local BBS. Once I dialed into it, I could get a list of other BBSes in the local area, and my adventure into networked computing began.

In 1995, the people lucky enough to have a home internet connection spent less than 30 minutes a month using it. That internet was nothing like our modern services that operate over satellite, fiber, CATV coax, or any version of copper lines. Most homes dialed in with a modem, which tied up their phone line. (This was also long before cellphones were pervasive, and most people had just one home phone line.) I don't think there were many independent internet service providers (ISPs) back then, although that may have depended upon where you were located, so most people got service from a handful of big names, including America Online, CompuServe, and Prodigy.

And the service you did get was very slow; even at dial-up's peak evolution at 56K, you could only expect to get a maximum of about 3.5 Kbps. If you wanted to try Linux, downloading a 200MB to 800MB ISO image or (more realistically) a disk image set was a dedication to time, determination, and lack of phone usage.

I went with the easier route: In 1996, I ordered a "tri-Linux" CD set from a major Linux distributor. These tri-Linux disks provided three distributions; mine included Debian 1.1 (the first stable release of Debian), Red Hat Linux 3.0.3, and Slackware 3.1 (nicknamed Slackware '96). As I recall, the discs were purchased from an online store called Linux Systems Labs. The online store doesn't exist now, but in the 90s and early 00s, such distributors were common. And so were multi-disc sets of Linux. This one's from 1998 but gives you an idea of what they involved: 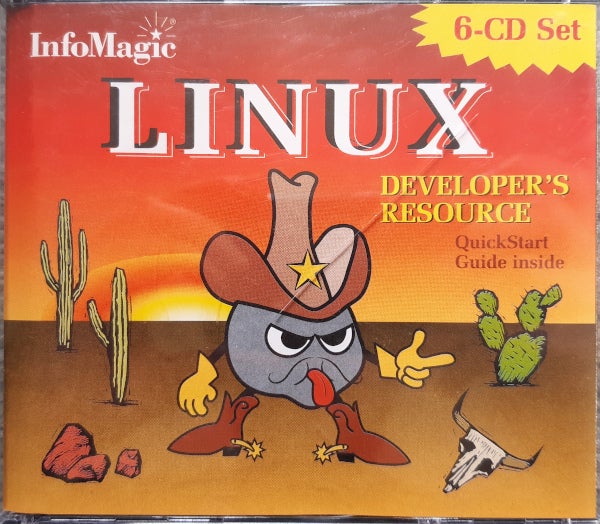 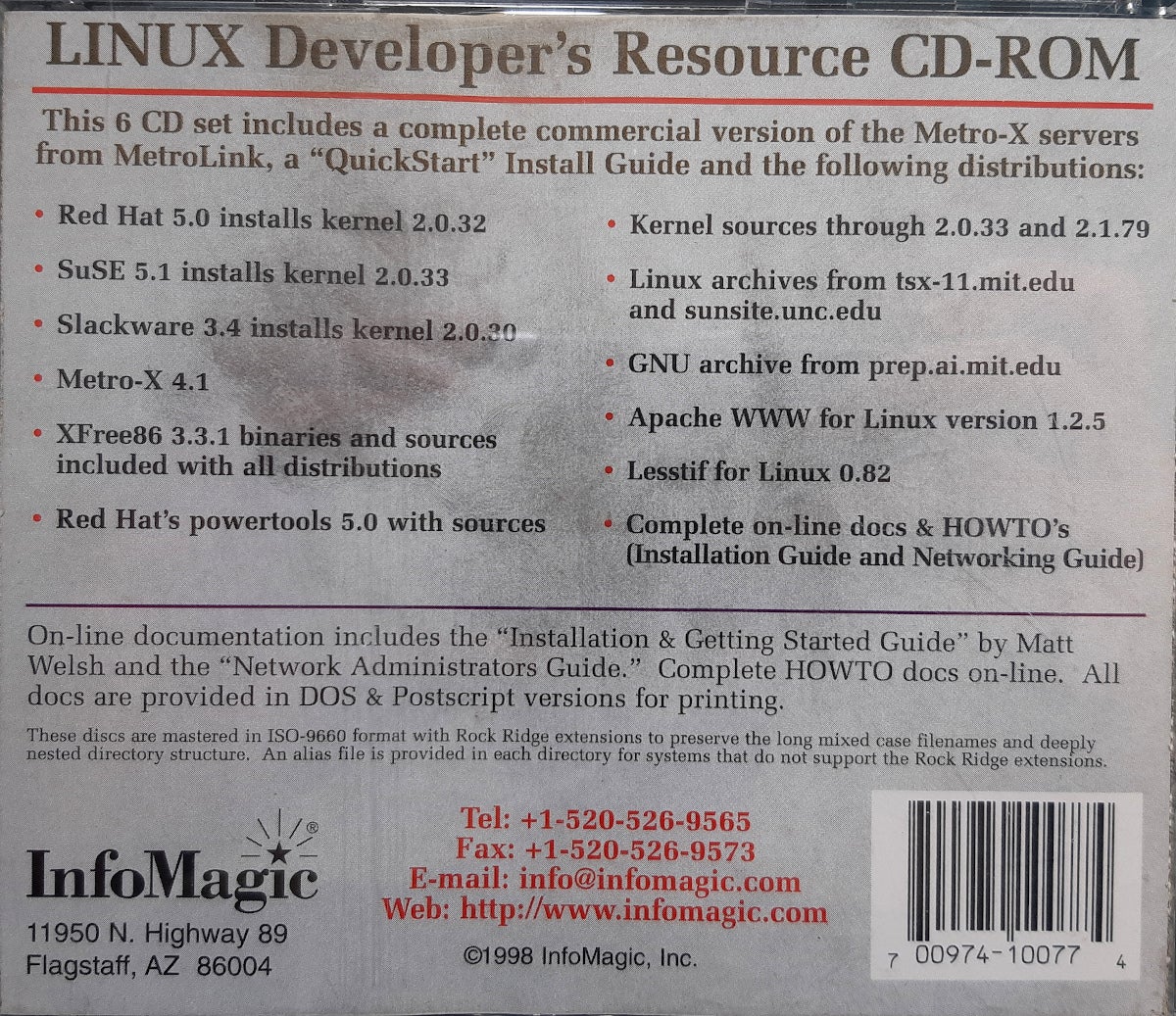 On a fateful day in the summer of 1996, while living in a new and relatively rural city in Kansas, I made my first attempt at installing and working with Linux. Throughout the summer of '96, I tried all three distributions on that tri-Linux CD set. They all ran beautifully on my mom's older Pentium 75MHz computer.

I ended up choosing Slackware 3.1 as my preferred distribution, probably more because of the terminal's appearance than the other, more important reasons one should consider before deciding on a distribution.

I was up and running. I was connecting to an "off-brand" ISP (a local provider in the area), dialing in on my family's second phone line (ordered to accommodate all my internet use). I was in heaven. I had a dual-boot (Microsoft Windows 95 and Slackware 3.1) computer that worked wonderfully. I was still dialing into the BBSes that I knew and loved and playing online BBS games like Trade Wars, Usurper, and Legend of the Red Dragon.

I can remember spending days upon days of time in #Linux on EFNet (IRC), helping other users answer their Linux questions and interacting with the moderation crew.

More than 20 years after taking my first swing at using the Linux OS at home, I am now entering my fifth year as a consultant for Red Hat, still using Linux (now Fedora) as my daily driver, and still on IRC helping people looking to use Linux.

This Linux story begins with a kid reading about Linux in issues of PC Magazine from his childhood home in Costa Rica. Today, he's a passionate member of the global Linux…

My Linux Story: Why introduce people to the Raspberry Pi

Learn why I consider the Raspberry Pi one of our best opportunities to invite more people to the open source community.

Mike Harris is passionate about Security, Free Software, and Educating our community. Mike currently works for Red Hat as a Sr. Platform Consultant.
More about me