Do you prefer a live demo to be perfect or broken? | Opensource.com

Do you prefer a live demo to be perfect or broken?

Do you learn more from flawless demos or ones the presenter de-bugs in real-time? Let us know by answering our poll. 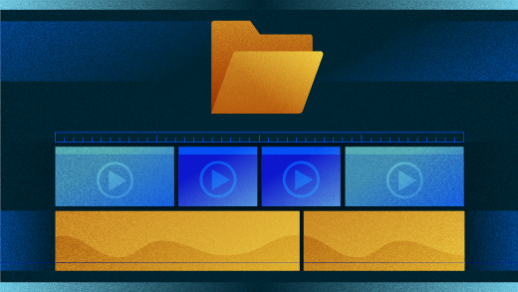 Do you prefer a live demo to be perfect or broken?

Sara live-coded a machine model from scratch using TensorFlow and Keras. Then she trained the model live, deployed it to Google's Cloud AI platform, and used the deployed model to make predictions.

With the exception of perhaps one small hiccup, the whole thing went smoothly, and I learned a lot as an audience member.

At that evening's reception, I congratulated Sara on the live demo's success and told her I've never seen a live demo go so well. It turns out that this subject was already on her mind; Sara asked this question on Twitter less than two hours before her live demo:

Do you prefer watching a live demo where everything works perfectly or one that breaks and the presenter has to de-bug?

Contrary to my preference for flawless demos, two-thirds of Sara's followers prefer to watch de-bugging. The replies to her poll were equally enlightening:

I prefer ones that break once or twice, just so you know it's real. "Break" can be something small like a typo or skipping a step.

This made me reconsider my preference for perfection. When I attend live demos at events, I'm looking for tools that I'm unfamiliar with. I want to learn the basics of those tools, then see real-world applications. I don't expect magic, but I do want to see how the tools intend to work so I can gain and retain some knowledge.

I've gone to several live demos that break. In my experience, this has caught most presenters off-guard; they seemed unfamiliar with the bugs at hand and, in one case, the error derailed the rest of the presentation. In short, it was like this:

Hmm, at least when the live demo fails you know it's not a video 😁
But I don't like when the presenter start to struggle, when everything becomes silent, it becomes so awkward (especially when I'm the one presenting)

Reading the replies to Sara's thread made me wonder what I'm really after when attending live demos. Is "perfection" what I seek? Or is it presenters who are more skilled at de-bugging in real-time? Upon reflection, I suspect that it's the latter.

After all, "perfect" code is a lofty (if impossible) concept. Mistakes will happen, and I don't expect them not to. But I do expect conference presenters to know their tools well enough that when things go sideways during live demos, they won't get so flustered that they can't keep going.

Overall, this reply to Sara resonates with me the most. I attend live demos as a new coder with the goal to learn, and those that veer too far off-course aren't as effective for me:

I don’t necessarily prefer a broken demo, but I do think they show a more realistic view.
That said, when you are newer to coding if the error takes things too far off the rails it can make it challenging to understand the original concept.

I don't expect everyone to attend live demos with the same goals and perspective as me. That's why we want to learn what the open source community thinks.

Do you prefer for live demos to be perfect? Or do you gain more from watching presenters de-bug in real-time? Do you attend live demos primarily to learn or for other reasons? Let us know by taking our poll or leaving a comment below. 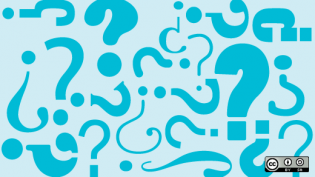 Now, you're inviting me to think differently. I like that. As a presenter I prefer demos to go flawlessly. I'm a perfectionist. As a viewer I usually wince when a presenter's demo doesn't come off well. I have empathy for those who do present. Now, however I can see the value of the demo gone awry as it does present a learning experience. Thanks for getting my brain moving.

To me, it depends on the reason for demo.

I don't expect every demo to go perfect, especially if I'm asking questions or asking to see things ad-hoc.

If you are taking my time on a sales demo, it better be close to perfect .... I don't want to sit around wasting time when the presenter can't pull it together and cannot answer basic questions, etc.

If this is more of an agile demo, training sessions, etc. I do like seeing the troubleshooting process .. it will add in opportunities to probe deeper ... sometimes seeing a breakage and troubleshoot can offer insights into how we will need to support that new feature in the field, etc. It also makes opportunities to add feedback to improve the product for dev, test, and customer deployments.

Sometimes good demos melt down entirely. I very much appreciate it when a complete meltdown is recognized and the meeting is ended early and re-scheduled. That at least saves me time, and then I'm interested to discuss the meltdown later on.

I prefer demos to break once or twice, both when watching and when delivering. When I present something, I always do everything live for the opportunity for something to break: when it does, I get to show the audience how to deal with unforeseen problems, or else I learn something new (sometimes from an audience member who knows how to fix the issue).

A side benefit to this is that I don't ever have to prep slides for talks I give; the presentation is too busy with a live demo to dwell on a slide deck.