The latest Raspberry Pi bundles the microcomputer inside a keyboard for ease of use, portability, and performance.

Since early 2020, when I wrote about some fun Raspberry Pi projects and our Raspberry Pi eBook, I (like almost everyone) have been living and working from home. While I've been here, taking one day at a time and looking towards a brighter future and a healthier tomorrow, I had the pleasure of ordering and receiving the latest and greatest achievement from the Raspberry Pi Foundation: the Raspberry Pi 400.

Imagine taking a Raspberry Pi and bundling it inside a keyboard; that's basically the Pi 400. It is a Raspberry Pi 4 with 4GB of RAM, built into one of those nice-looking red and white official Raspberry Pi keyboards. It comes with an Ethernet port, one USB 2.0 (for the mouse), two USB 3.0 ports, two Micro HDMI ports (for your dual-monitor needs), a microSD port, and a USB-C port for power. It even has 40-pin GPIO access for all your existing Pi projects!

The Raspberry Pi 400 Personal Computer Kit comes with a power supply, HDMI cable, an official Raspberry Pi mouse, a 16GB microSD card with Raspberry Pi OS installed, and The Official Raspberry Pi Beginner's Guide, a 250-page paperback book that introduces all the fun and educational things you can do with the Pi. Oh, and the book has been updated to cover the Pi 400!

The Pi 400 is also available as a standalone unit (just the keyboard with the included Pi) if you don't need the other items in the box.

The family of Raspberry Pi compute products now ranges in price from $5 for the Raspberry Pi Zero all the way to $100 for the kit, which is the most expensive official product in its catalog. The Pi 400 standalone unit (without all the extras) is $70, which is still cheaper than the Raspberry Pi 4 with 8GB of RAM.

For the $100 price, you will get a very well-built system that works out of the box, assuming you have the right monitor to plug it into. If you are a fan of loud mechanical keyboards, you will probably enjoy the noise this one makes.

For as long as I have been a Raspberry Pi enthusiast, I've wanted a compact way to carry the Pi around with a keyboard, a mouse, and a screen. Third parties and DIY projects have made a few options available, but the Pi 400 is so far my favorite solution for the mobility problem. This is especially so when it's paired with a portable monitor, a tablet-like screen with a case that turns into a stand and can be used as a monitor for your laptop, gaming system, or even your Raspberry Pi.

More on Raspberry Pi
I have only had the Pi 400 for a week as I'm writing this. I haven't had a chance to do much development or even port any of my old projects to it yet, but I have been very impressed with the whole package and performance. I am writing this article on the Raspberry Pi 400, using Google Docs on Chromium and, even though I have 11 tabs open, the Pi 400 is chugging along with me.

It has been a few months since I've used any of my Raspberry Pis, mostly because of being busy with the world being broken, but I was nicely surprised to see that Raspberry Pi OS has added an application called the Bookshelf, which gives you digital access to the MagPi magazine. I've also enjoyed the beginner's guide book that comes with the kit. It introduces many of the subjects covered on Opensource.com and is a perfect gift for anyone starting into the world of open source development.

Although the 4GB of RAM on the Pi 400 works well for what I need, if the Raspberry Pi Foundation ever releases an 8GB version of the Pi 400, it will be very sweet! I also wouldn't mind a keyboard with a built-in touchpad, something like the Logitech K400 Plus. It would make the system's footprint a bit bigger, but it would be easier to carry it around. Finally, I would like to see the Pi's USB-C's capabilities expanded beyond powering the board; for example, I would like to use it with my monitors or my USB-C Yubikey.

And now for the unboxing! Here's what I saw when I took the Pi 400 Personal Computer Kit out of its shipping box. 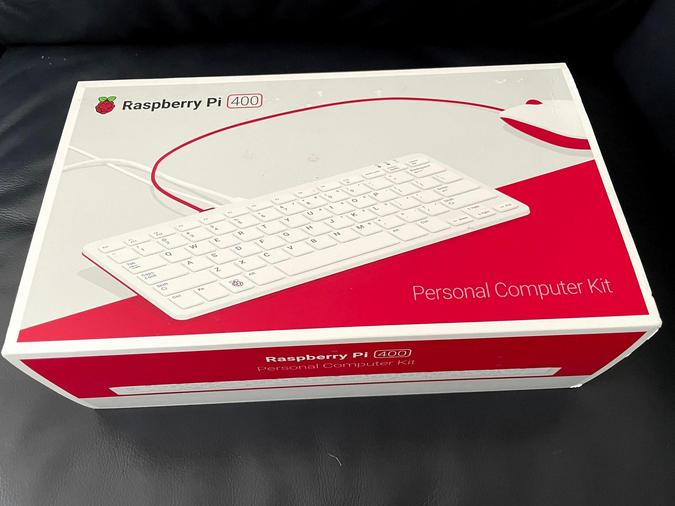 The back of the box describes the Raspberry Pi 400's features and what comes in the box. 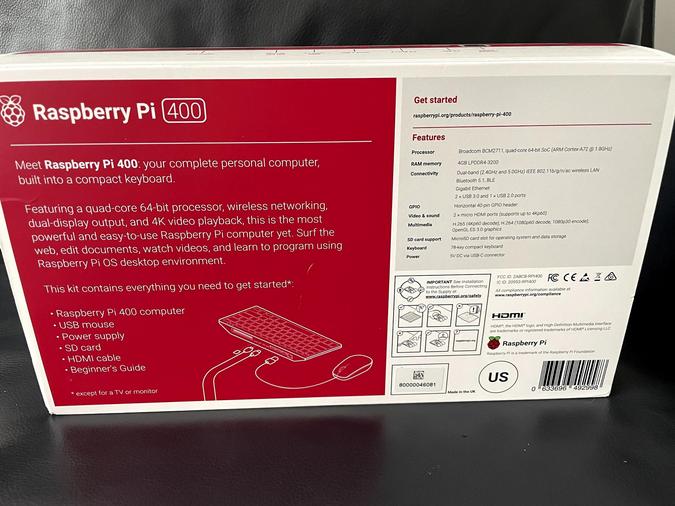 The side of the box provides a full-size view of the device's ports. 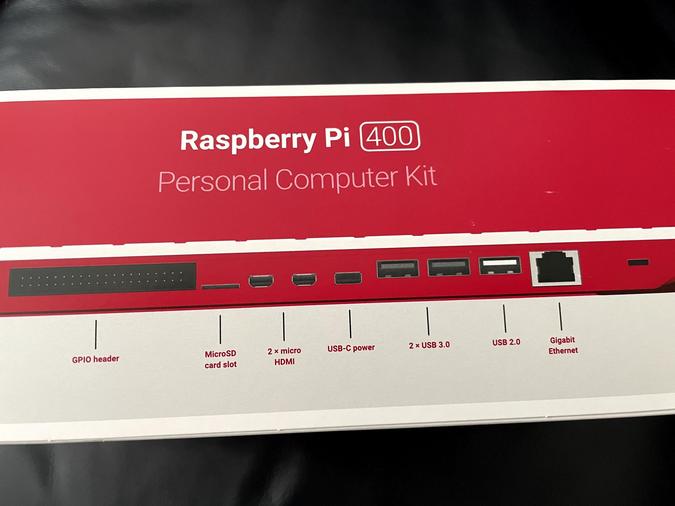 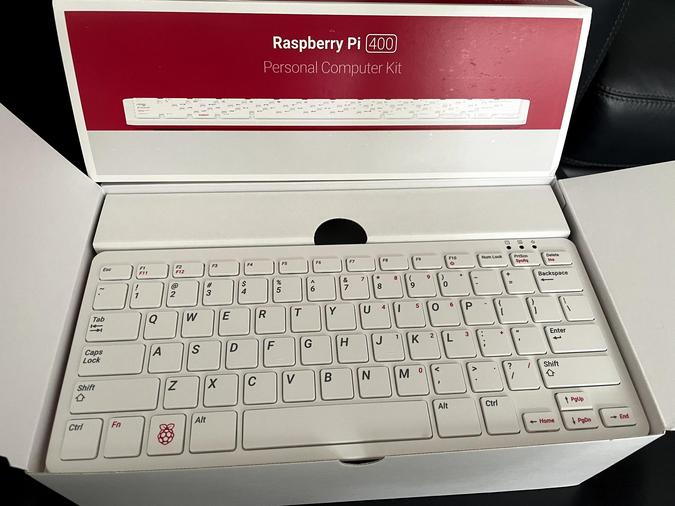 It really feels like the regular Pi keyboard, just heavier. 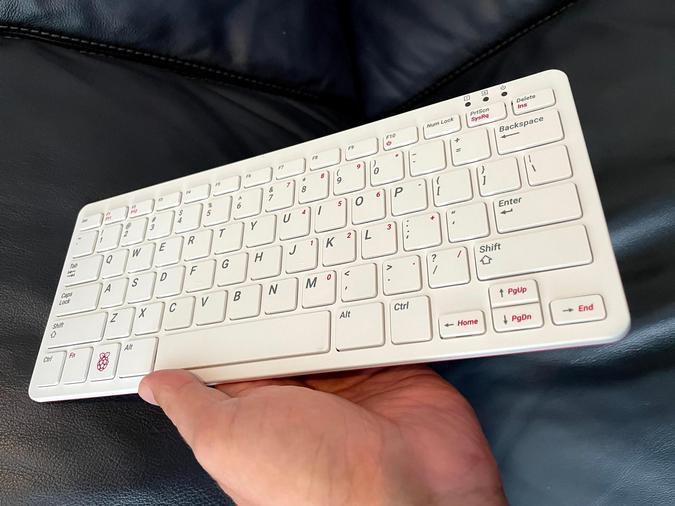 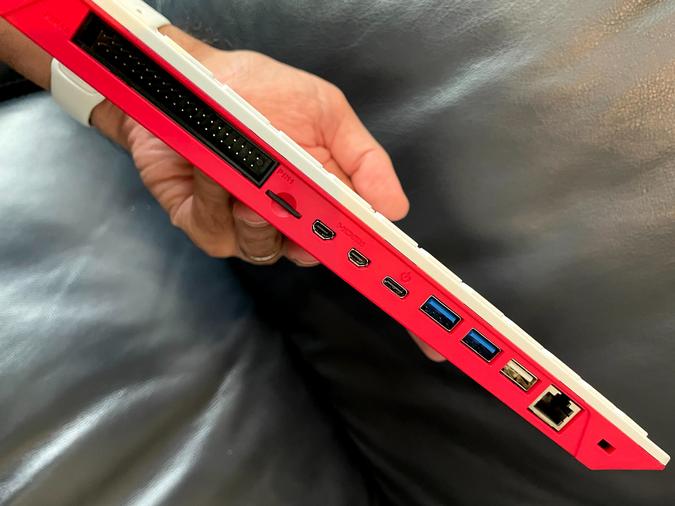 The power supply, HDMI, SD adapter, and book are underneath the keyboard. 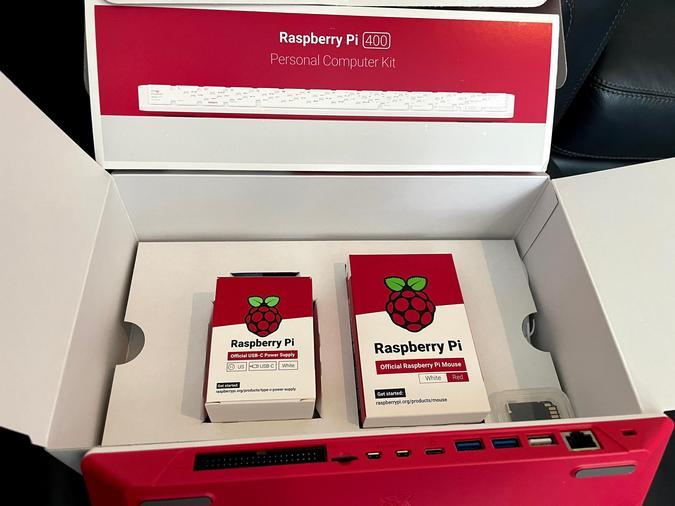 Here are all the items that come in the box out of the box. 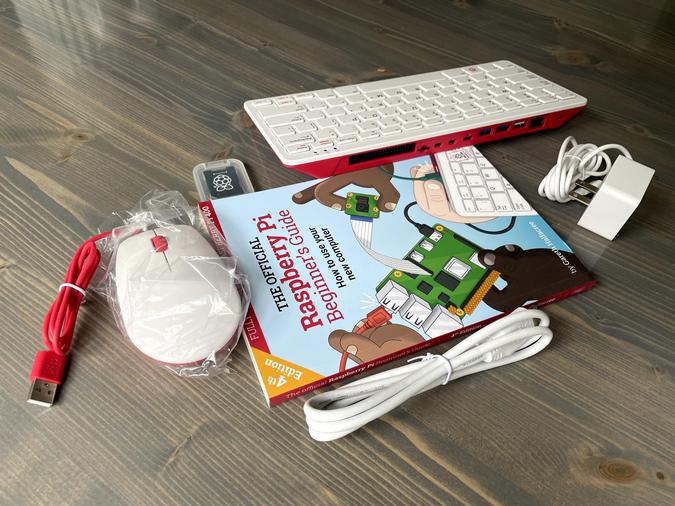 I plugged everything together, and my Raspberry Pi 400 was up and running. 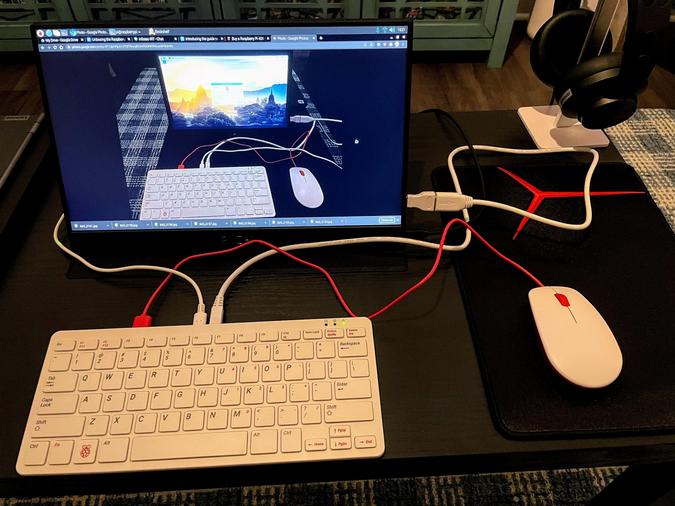 I'm looking forward to spending more time with the newest Raspberry Pi in the family. What projects would you like to try with the Raspberry Pi 400? Please share your ideas in the comments.

Each of these Raspberry Pi projects is designed to make your life easier and more productive.
Lauren Pritchett (Red Hat)

A solution to the problem of updating difficult-to-reach Raspberry Pis in the enterprise.
Ken Fallon

Set up OpenStack on a Raspberry Pi cluster