GTWS is a set of scripts that make it easy to have development environments for different projects and different versions of a project.

Great Teeming Workspaces (GTWS) is a complex workspace management package for Git that makes it easy to have development environments for different projects and different versions of a project.

Somewhat like Python venv, but for languages other than Python, GTWS handles workspaces for multiple versions of multiple projects. You can create, update, enter, and leave workspaces easily, and each project or version combination has (at most) one local origin that syncs to and from the upstream—all other workspaces update from the local origin.

Each level in the source tree (plus the homedir for globals) can contain a .gtwsrc file that maintains settings and Bash code relevant to that level. Each more specific level overrides the higher levels.

Add the repo directory to your path:

Set the following in your top-level ~/.gtws/.gtwsrc:

Set the following at the project level of each project:

Set this at the project version level:

These things can go anywhere in the tree and can be overridden multiple times, if it makes sense:

GTWS_ORIGIN (in most scripts) points to the pristine Git checkouts to pull from and push to.

Suppose you have a project named Foo that has an upstream repository at github.com/foo/foo.git. This repo has a submodule named bar with an upstream at github.com/bar/bar.git. The Foo project does development in the master branch and uses stable version branches.

At this point, work can be done on the master branch of Foo. Suppose you want to fix a bug named bug1234. You can create a workspace for this work to keep it isolated from anything else you're working on, and then work within this workspace. 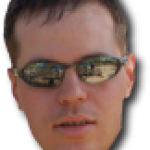 I've been a user of and contributor to open source since the mid 90s. Now, I work for Red Hat on the Ceph and Ganesha projects.
More about me