Run Kubernetes on a Raspberry Pi with k3s

Create your own three-node Kubernetes cluster with these easy-to-follow instructions.

For a long time, I've been interested in building a Kubernetes cluster out of a stack of inexpensive Raspberry Pis. Following along with various tutorials on the web, I was able to get Kubernetes installed and working in a three Pi cluster. However, the RAM and CPU requirements on the master node overwhelmed my Pi. This caused poor performance when doing various Kubernetes tasks. It also made an in-place upgrade of Kubernetes impossible.

As a result, I was very excited to see the k3s project. K3s is billed as a lightweight Kubernetes for use in resource-constrained environments. It is also optimized for ARM processors. This makes running a Raspberry Pi-based Kubernetes cluster much more feasible. In fact, we are going to create one in this article.

To create the Kubernetes cluster described in this article, we are going to need:

We will be installing k3s from the internet, so they will need to be able to access the internet through the router.

An overview of our cluster

Obviously, if you have a different network layout, you may use any network/IPs you have available. Just substitute your own values anywhere IPs are used in this article.

So that we don't have to keep referring to each node by IP, let's add their host names to our /etc/hosts file on our PC.

Now we're ready to install the master node. The first step is to install the latest Raspbian image. I am not going to explain that here, but I have a detailed article on how to do this if you need it. So please go install Raspbian, enable the SSH server, set the hostname to kmaster, and assign a static IP of 192.168.0.50.

Now that Raspbian is installed on the master node, let's boot our master Pi and ssh into it:

When the command finishes, we already have a single node cluster set up and running! Let's check it out. Still on the Pi, run:

You should see something similar to:

We want to add a couple of worker nodes. When installing k3s on those nodes we will need a join token. The join token exists on the master node's filesystem. Let's copy that and save it somewhere we can get to it later:

Boot your first worker node and ssh into it:

On the Pi, we'll install k3s as before, but we will give the installer extra parameters to let it know that we are installing a worker node and that we'd like to join the existing cluster:

Replace join_token_we_copied_earlier with the token from the "Extracting the join token" section. Repeat these steps for knode2.

It'd be annoying to have to ssh to the master node to run kubectl anytime we wanted to inspect or modify our cluster. So, we want to put kubectl on our PC. But first, let's get the configuration information we need from our master node. Ssh into kmaster and run:

Copy this configuration information and return to your PC. Make a directory for the config:

Save the copied configuration as ~/.kube/config. Now edit the file and change the line:

For security purpose, limit the file's read/write permissions to just yourself:

Now let's install kubectl on our PC (if you don't already have it). The Kubernetes site has instructions for doing this for various platforms. Since I'm running Linux Mint, an Ubuntu derivative, I'll show the Ubuntu instructions here:

If you're not familiar, the above commands add a Debian repository for Kubernetes, grab its GPG key for security, and then update the list of packages and install kubectl. Now, we'll get notifications of any updates for kubectl through the standard software update mechanism.

Now we can check out our cluster from our PC! Run:

Congratulations! You have a working 3-node Kubernetes cluster!

If you run kubectl get pods --all-namespaces, you will see some extra pods for Traefik. Traefik is a reverse proxy and load balancer that we can use to direct traffic into our cluster from a single entry point. Kubernetes allows for this but doesn't provide such a service directly. Having Traefik installed by default is a nice touch by Rancher Labs. This makes a default k3s install fully complete and immediately usable!

We're going to explore using Traefik through Kubernetes ingress rules and deploy all kinds of goodies to our cluster in future articles. Stay tuned! 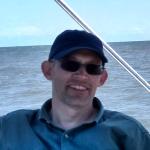 Lee is a Christ-follower, husband, and father first, software engineer by trade, and a tinkerer/maker at heart.
More about me