As a technical search-engine optimizer, I'm often called in to coordinate website migrations, new site launches, analytics implementations, and other areas that affect sites' online visibility and measurement to limit risk. Many companies generate a substantial portion of monthly recurring revenue from users finding their products and services through search engines. Although search engines have gotten good at handling poorly formatted code, things can still go wrong in development that adversely affects how search engines index and display pages for users.

I've been part of manual processes attempting to mitigate this risk by reviewing staged changes for search engine optimization (SEO)-breaking problems. My team's findings determine whether the project gets the green light (or not) to launch. But this process is often inefficient, can be applied to only a limited number of pages, and has a high likelihood of human error.

The industry has long sought a usable and trustworthy way to automate this process while still giving developers and search-engine optimizers a meaningful say in what must be tested. This is important because these groups often have competing priorities in development sprints, with search-engine optimizers pushing for changes and developers needing to control regressions and unexpected experiences.

Many websites I work with have tens of thousands of pages. Some have millions. It's daunting to understand how a development change might affect so many pages. In the world of SEO, you can see large, sitewide changes in how Google and other search engines show your pages from very minor and seemingly innocuous changes. It's imperative to have processes in place that catch these types of errors before they make it to production.

Below are a few examples of problems that I have seen in the last year.

A proprietary third-party SEO monitoring tool we use, ContentKing, found this problem immediately after launch to production. This is a sneaky error because it's not visible in the HTML, rather it is hidden from view in the server response header, yet it can very quickly cause the loss of your search visibility.

A change to production mistakenly lower-cased an entire website's canonical link elements. The change affected nearly 30,000 URLs. Before the update, the URLs were in title case (for instance, /URL-Path/). This is a problem because the canonical link element is a hint for Google about a webpage's true canonical URL version. This change caused many URLs to be removed from Google's index and re-indexed at the new uncased location (/url-path/). The impact was a loss of 10–15% of traffic and corruption of page metric data over the next few weeks.

One website with a complex and novel implementation of React had a mysterious issue with regression of origin.domain.com URLs displaying for its origin content-delivery network server. It would intermittently output the origin host instead of the edge host in the site metadata (such as the canonical link element, URLs, and Open Graph links). The problem was found in the raw HTML and the rendered HTML. This impacted search visibility and the quality of shares on social media.

SEOs often use diff-testing tools to look at changes between sets of rendered and raw HTML. Diff testing is ideal because it allows certainty that the eye does not. You want to look for differences in how Google renders your page, not how users do. You want to look at what the raw HTML looks like, not the rendered HTML, as these are two separate processing steps for Google.

This led my colleagues and me to create SEODeploy, a "Python library for automating SEO testing in deployment pipelines." Our mission was:

To develop a tool that allowed developers to provide a few to many URL paths, and which allowed those paths to be diff tested on production and staging hosts, looking specifically for unanticipated regressions in SEO-related data.

SEODeploy's mechanics are simple: Provide a text file containing a newline-delimited set of paths, and the tool runs a series of modules on those paths, comparing production and staging URLs and reporting on any errors or messages (changes) it finds. 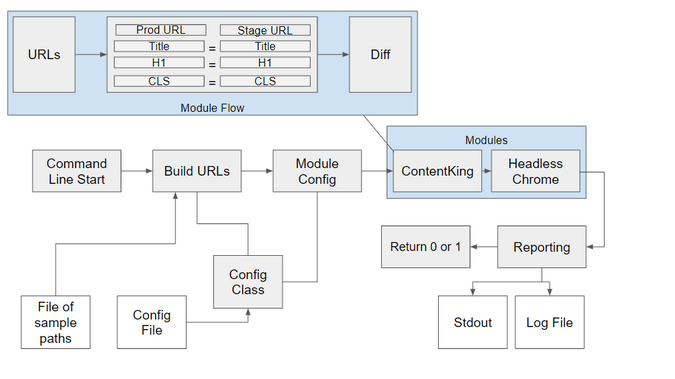 The configuration for the tool and modules is just one YAML file, which can be customized based on anticipated changes. 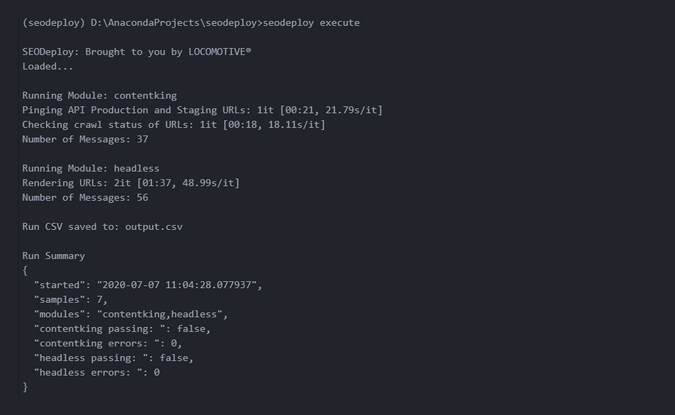 The initial release includes the following core features and concepts:

While the core functionality is simple, by design, modules are where SEODeploy gains features and complexity. The modules handle the harder task of getting, cleaning, and organizing the data collected from staging and production servers for comparison.

The tool's Headless module is a nod to anyone who doesn't want to have to pay for a third-party service to get value from the library. It runs any version of Chrome and extracts rendered data from each comparison set of URLs.

The headless module extracts the following core data for comparison:

The module includes functionality to handle authentication for staging, network speed presets (for better normalization of comparisons), as well as a method for handling staging-host replacement in staging comparative data. It should be fairly easy for developers to extend this module to collect any other data they want to compare per page.

We created an example module for any developer who wants to use the framework to create a custom extraction module. Another module integrates with ContentKing. Note that the ContentKing module requires a subscription to ContentKing, while Headless can be run on any machine capable of running Chrome.

We have plans to extend and enhance the library but are looking for feedback from developers on what works and what doesn't meet their needs. A few of the issues and items on our list are:

The project is on GitHub, and we have documentation for most features.

We hope that you will clone SEODeploy and give it a go. Our goal is to support the open source community with a tool developed by technical search-engine optimizers and validated by developers and engineers. We've seen the time it takes to validate complex staging issues and the business impact minor changes can have across many URLs. We think this library can save time and de-risk the deployment process for development teams.

If you have questions, issues, or want to contribute, please see the project's About page.

Google's API can surface clues to how Google is classifying your site and ways to tweak your content to improve search results. 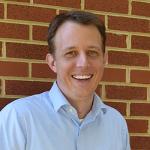 JR Oakes is the Senior Director, Technical SEO Research at LOCOMOTIVE, an agency specializing in technical SEO, ORM, and CRO for clients large and small. He works with clients on a wide range of fronts including technical issues, performance, CTR, crawlability, content, and data analysis. JR loves testing, coding, and prototyping solutions to difficult search marketing problems.
More about me