Programming languages tend to share many common traits. One great way to learn a new language is to create a familiar program. In this article, I will create a "guess the number" game by using awk to demonstrate familiar concepts. 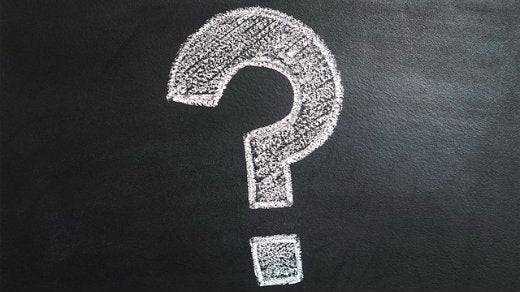 These concepts are the basis of most programming languages.

Once you understand these concepts, you can start figuring the rest out. For example, most languages have a "way of doing things" supported by their design, and those ways can be quite different from one program to another. These ways include modularity (grouping related functionality together), declarative vs. imperative, object-orientation, low- vs. high-level syntactic features, and so on. An example familiar to many programmers is "ceremony," that is, the amount of work required to set the scene before tackling the problem. The Java programming language is said to have a significant ceremony requirement, stemming from its design, which requires all code to be defined within a class.

A good way to proceed is to create a set of basic test programs. With these in hand, learning starts with these similarities.

One test program you can use is a "guess the number" program. The computer picks a number between one and one hundred and asks you to guess the number. The program loops until you make a correct guess.

Guess the number in awk

Let's write a "guess the number" game as an Awk program.

Awk is dynamically typed, is a scripting language oriented toward data transformation, and has surprisingly good support for interactive use. Awk has been around since the 1970s, originally as a part of the Unix operating system. If you don't know Awk but love spreadsheets, this is a sign… go learn Awk!

You can begin your exploration of Awk by writing a version of the "guess the number" game.

Here is my implementation (with line numbers so we can review some of the specific features):

We can immediately see similarities between Awk control structures and those of C or Java, but unlike Python. In statements such as if-then-else or while, the then, else, and while parts take either a statement or a group of statements enclosed within { and }. However, there is one big difference about AWk that needs to be understood from the start:

By design, Awk is built around a data pipeline.

What does that mean? Most Awk programs are snippets of code that receive a line of input, do something with the data, and write it to output. Recognizing the need for such a transformation pipeline, Awk by default provides all the transformation plumbing. Let's explore that through the above program by asking a basic question: Where is the 'read data from the console' structure?

The answer to that is – it's built-in. In particular, lines 7 – 17 tell Awk what to do with each line that is read. Given that context, it's pretty easy to see that lines 1 – 6 are executed before anything is read.

More specifically, the BEGIN keyword on line 1 is a kind of "pattern," in this case indicating to Awk that, before reading any data, it should execute what follows the BEGIN in the { … }. A similar END keyword, not used in this program, indicates to Awk what to do when everything has been read.

Coming back to lines 7 – 17, we see they create a block of code { … } that is similar, but there is no keyword in front. Because there is nothing before the { for Awk to match, it will apply this line to every line of input received. Each line of input will be entered as guesses by the user.

Let's look at the code being executed. First, the preamble that happens before any input is read.

In line 2, we initialize the random number generator with the number 42 (if we don't provide an argument, the system clock is used). 42? Of course 42. Line 3 calculates a random number between 1 and 100, and line 4 prints that number out for debugging purposes. Line 5 invites the user to guess a number. Note this line uses printf, not print. Like C, printf's first argument is a template used to format the output.

Now that the user is aware the program expects input, she can type a guess on the console. Awk supplies this guess to the code in lines 7 – 17, as mentioned previously. Line 18 converts the input record to an integer; $0 indicates the entire input record, whereas $1 indicates the first field of the input record, $2 the second, and so on. Yup, Awk splits an input line into constituent fields, using the predefined separator, which defaults to white space. Lines 9 – 15 compare the guess to the random number, printing appropriate responses. If the guess is correct, line 15 exits prematurely from the input line processing pipeline.

Given the unusual structure of Awk programs as code snippets that react to specific input line configurations and do stuff with the data, let’s look at an alternative structure just to see how the filtering part works:

This should seem "cool but weird" – why would we repeatedly calculate int($0), for example? And for sure, it would be a weird way to solve the problem. But those patterns can be really quite wonderful ways to separate conditional processing since they can employ regular expressions or any other structure supported by Awk.

For completeness, we can use these patterns to separate common computations from things that only apply to specific circumstances. Here’s a third version to illustrate:

Recognizing that, no matter what value of input comes in, it needs to be converted to an integer, we have created lines 7 – 9 to do just that. Now the three groups of lines, 10 – 12, 13 – 15 and 16 – 19, refer to the already-defined variable guess instead of converting the input line each time.

Let's go back to the list of things we wanted to learn:

It's well worth considering the importance of not needing a loop to handle input. One reason Awk has remained viable for so long is that Awk programs are compact, and one of the reasons they are compact is there is no boilerplate required to read from the console or a file.

One thing we didn't cover was comments. An Awk comment begins with a # and ends with the end of line.

Awk is incredibly powerful and this "guess the number" game is a great way to get started. It shouldn't be the end of your journey, though. You can read about the history of Awk and Gawk (GNU Awk), an expanded version of Awk and probably the one you have on your computer if you're running Linux, or read all about the original from its initial developers.

You can also download our cheatsheet to help you keep track of everything you learn.

Get a better handle on the awk command by downloading our free eBook.

Learn Lua by writing a "guess the number" game

Get to know Lua, a dynamically typed, lightweight, efficient, and embeddable scripting language, by programming a simple game.

This "guess the number" game is a great introductory program when learning a new programming language. Here's how to write it in C.