Open source games to download for both casual and experienced gamers. 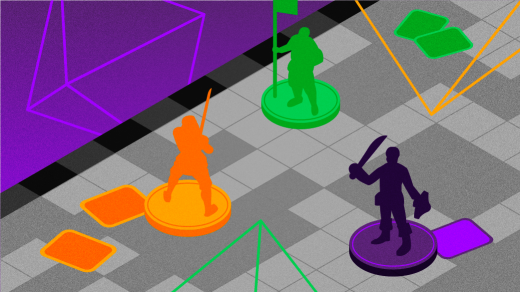 Open source arrived in the pen-and-paper RPG industry back at the turn of the century, when Wizards of the Coast, publisher of Magic: The Gathering and Dungeons & Dragons, developed the Open Game License (OGL). Many publishers have since adopted the OGL themselves or use similar licenses, such as Creative Commons.

Today is Free RPG Day. It's the one day a year you can go to your friendly local game store and pick up, at no cost, a free tabletop role-playing game from some of the biggest publishers in the hobby. If you don't have a local game store or can't get out to a game store, some free RPG sampler downloads are available from Dungeon Crawl Classics and Paizo. But not everything for Free RPG Day is available as a download, so I've collected five of my favorite open source tabletop games that you can download and play. 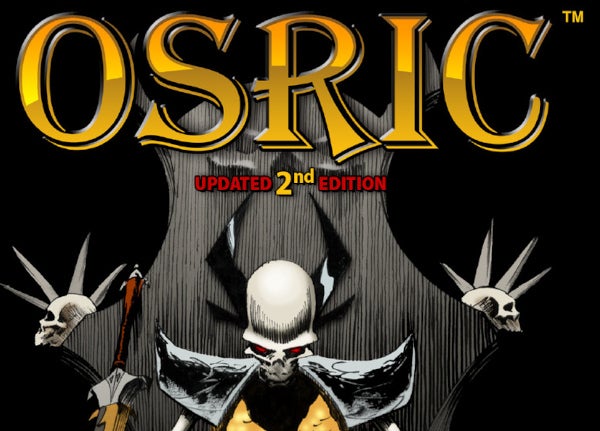 The Old School Reference and Index Compilation (OSRIC) project effectively reimplements the rules for the world's first role-playing game: the original edition of Dungeons & Dragons. These are the rules used in the late 1970s to early 1980s, so players can experience role-playing games as they were when they were just getting started.

There's nothing wrong with the original D&D rules, of course. You can still find copies of the original books on the bookshelves of many gamers (myself included). However, the original rules aren't in print anymore, so they're not easy to obtain, and they certainly aren't being developed or updated to account for omissions.

The gaming industry has also come a long way since the early '80s. Instruction books for games used to be written more like encyclopedia entries than entertainment, but OSRIC seeks to bring the fun of the original game to a new generation of gamers, and to gamers looking to return to the glory of gaming days past. Regardless of which category you fit into, OSRIC is worth downloading.

Not all RPG is high fantasy.

The Stardrifter project is a rules-light science fiction game that helps your gaming group experience stories in the style of rousing space operas like Star Trek, The Repairman by Harry Harrison, Foundation, and Blake 7, or tales you might read in Amazing Stories or Starlog.

Character creation is quick, and it's mostly skill-based. It took me a few minutes to roll up a character and a little longer to mull over what kind of background and skillset my character would have.

The dice system is easy: roll under your attribute score on a d20 for success. The gamemaster doesn't have to set difficulty classes or other thresholds, although situational modifiers can be applied to reflect extreme circumstances (sometimes in your favor, sometimes to your detriment).

It's an elegant system, and its rulebook is an easy and entertaining read. I especially enjoy the artwork, which consists of scans from classic (now public domain) science fiction comic books.

A natural characteristic of many open source RPGs is that they don't feature extensive worldbuilding. Sometimes that's by design because the game intends for the gamemaster to do the worldbuilding, but sometimes it's down to a lack of staffing. Stardrifter, however, is unique because it became an RPG only after it was a series of novels. As a result, there's plenty of worldbuilding already done for the Stardrifter universe. You can start exploring Stardrifter by downloading the books and short stories in either print or audio form, and you can get a detailed overview of daily life in the Stardrifter universe from the Voice from the Void podcast.

The game was developed and released on GitLab, and the whole production studio responsible for this miniature multimedia empire runs on Linux. 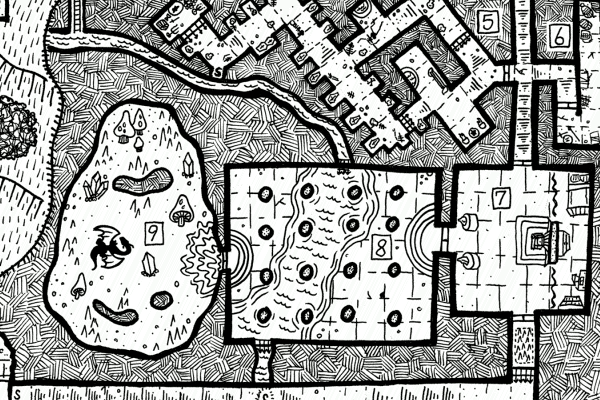 Did I mention today is Free RPG Day?

Well, it's also the reveal of the One-Page Dungeon Contest winners! The One-Page Dungeon Contest is an annual event in which inventive gamemasters devise a dungeon that fits on one page and submit it for judging. There are officially winners, but really everyone wins, because all submissions are published in a Creative Commons collection that you can download and play through over the course of—probably—years.

As fun as adventure modules are, many gaming groups actually don't get all the way through a 64- or 250-page adventure. It's often more realistic to aim for just a single dungeon crawl. Play one dungeon every weekend, and one collection of One-Page Dungeon Contest entries will last you at least a full year.

I love how inventive the One-Page Dungeons are, too. Sure, some are straightforward dungeon delves, and those are welcome stalwarts of each collection, but others are daring and experimental. It makes for an unexpected game every time. The published dungeons tend to be indifferent to system, too, so as long as you're playing a game in which dungeons are an expected story vehicle, you can use these.

And because it's an annual community project, you can start planning your submission for next year!

Dungeon of the Dungeons

The Dungeon of the Dungeons project is technically one page (front and back). It's a Creative Commons-licensed game system based around a mechanic that gives bonuses to players for answering questions relating to their character's motivations.

Because the class definitions consist of one sentence, it's trivial to invent custom ones between games. With rules as simple as two sparse pages, this is an easy and fun system for a casual game or for new players.

The FATE system is a simple and elegant game that relies on a point-buy mechanic enabling players to influence their rolls. Using Fate points, players can change the narrative of a game when it matters the most.

And the narrative is paramount in FATE. It's considered a game system that's light on rules so that players can focus on collaborative storytelling and gaming.

FATE is licensed under the Creative Commons license, so it's the foundation for many variants. It's been documented in as little as a single page, so there's no excuse not to get started with a FATE game if it sounds like something you'd enjoy.

Open source gaming drives the modern tabletop RPG industry, but open source being what it is, it's also the product of independent creators everywhere.

Enjoy this year's Free RPG Day with a new game system or a new adventure for a system you already play.

Thanks to open source tools and philosophies, nothing will stop this worldwide event from moving forward, and you can join the games from the comfort and safety of your own home.
Seth Kenlon (Red Hat)

Thanks for this Seth, I still have my original D&D books too. They gave me a lot of fun, even so: 'There's nothing wrong with the original D&D rules' some may argue over that but most will agree the indexing was terrible.

I would like to bring up Basic Fantasy RPG. The entire game was written using the OpenDocument Format. The game is licensed under the Wizards OGL and is not only free, but print copies of the books can be bought from Amazon at cost. The core rules, first field guide, and the equipment book together is $15 US.

I love Basic Fantasy. It was on my list this year, but I felt like I was already doing enough retro clone mentions. Next year!