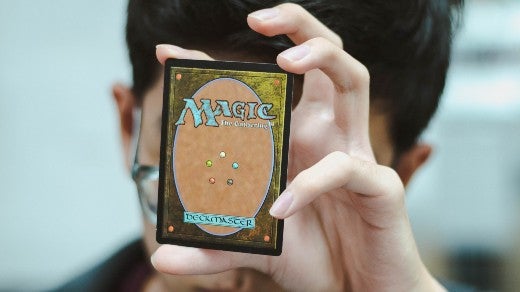 Photo by Wayne Low on Unsplash

The world's first trading card game was Magic: The Gathering, first published in 1993.

It remains popular today because of its great flexibility. With more than 25,000 unique cards published over nearly three decades, there are enough cards for players to build hundreds of different decks for surprisingly unique gameplay experiences.

Along with this flexibility, however, there comes a cost: many Magic: The Gathering players collect lots of cards so they can construct lots of different decks, which in turn lets them focus on different win conditions and try out different strategies.

It can be quite a job to keep track of 1,000 cards when you only need 60 to 100 for a deck, but the open source application Magic Assistant makes managing your Magic collection easy.

Magic Assistant is a Java application, so it's cross-platform. Regardless of whether you're on the open source operating system Linux, macOS, or Windows, you can download Magic Assistant, double-click on its launcher icon, and use it to manage your cards.

After the application first launches, there are sure to be updates to the card database available. Multiple new Magic sets are released each year, so accept the offer to update and go grab a cup of coffee while new cards are added.

To catalog your cards with Magic Assistant, either you can rummage through the card database manually to add cards to your local collection, or you can import an existing list. The simplest format for a list of Magic cards is a text file containing the number of copies you own and the name of a card on a line by itself:

However, the application supports many formats, including a CSV from Magic: The Gathering Online, TCGPlayer table, MTG Studio, Apprentice, DeckBox, and more.

To import your cards, select the Import option from the File menu. 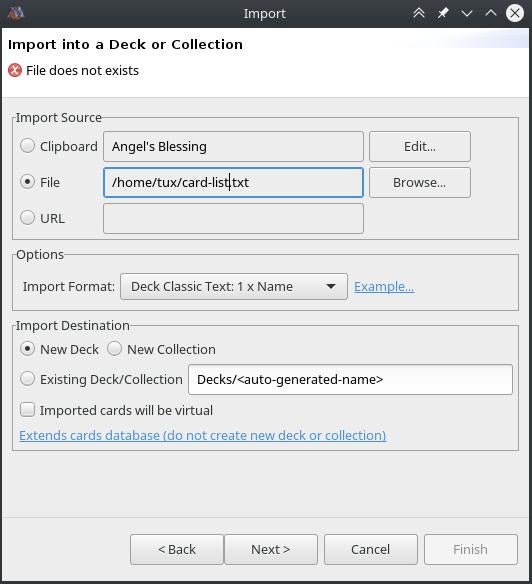 Importing cards adds them to the default collection database (called main). This database represents the entirety of your collection. You can then use cards from your collection to build decks and cubes. There's no limit on how many collections you can have, so you can organize your cards in whatever way you prefer.

A collection is organized by its metadata by default. That means you can browse your collection by any number of attributes, including mana cost, card type, color, keyword abilities, and format legality. All of these options are available as tabs at the bottom of the collection interface.

Building a deck or cube

One way to get better at Magic: The Gathering—and get a better feel for how you like to experience the game—is to build decks. On the one hand, it's great to hold physical cards, but, on the other hand, it can be a lot of work to sort through hundreds of cards kept in several different boxes or binders. With Magic Assistant, it's easy to sort through your cards based on whatever attribute you need, so building decks with it is a pleasure.

To build a new deck (Magic Assistant has no concept of a cube, but functionally a cube is arguably no different than a deck), right-click on the Deck category in the Card Navigator panel, then select New to create a new deck.

There are two kinds of decks you can build. You can build a virtual deck, which is purely theorycrafting, with no implication that the deck exists physically. When you create a virtual deck, you can take a card you own only one actual copy of and use it in several decks. You could not build the decks in real life, obviously, because you would be overusing some number of cards, but as a deck idea or recipe, it works well.

Choose what kind of deck you're building, and give your deck a name for your own reference in the New window. 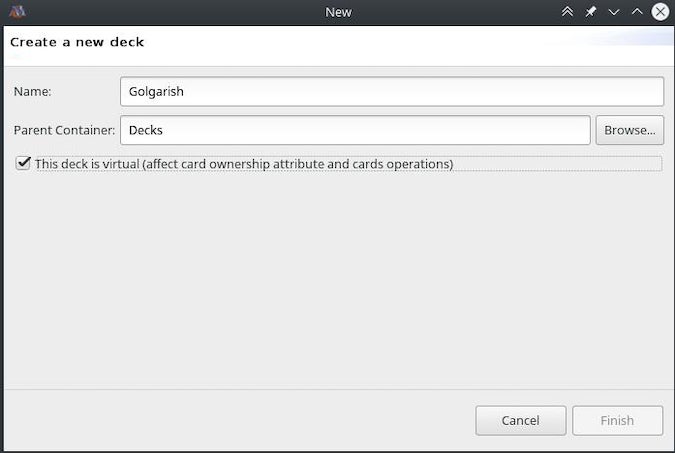 To add cards to your a deck, locate the card in your collection, right-click on it, and select Move to or Copy to, followed by the deck you want it to appear in. A virtual deck never lets you move cards to it. Instead, it prompts you to copy the card, because a virtual card never removes a card from your collection. 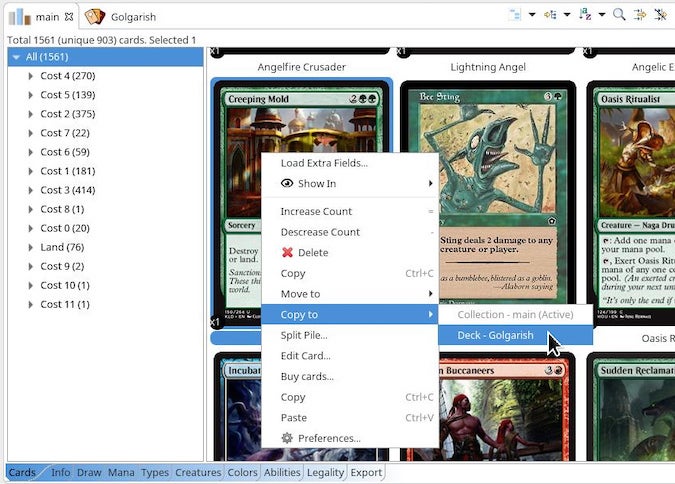 Adding a card to a deck

When you have multiple copies of a card and copy that card into a deck, Magic Assistant adds all copies. To decrease or increase the number of copies of a card in a deck, right-click on the card in your deck and choose Decrease count or Increase count.

After you've built a deck, you can view reports detailing the statistics for the cards you've assembled. You can get charts to view card types, creature types, mana curve, color distribution, and more. 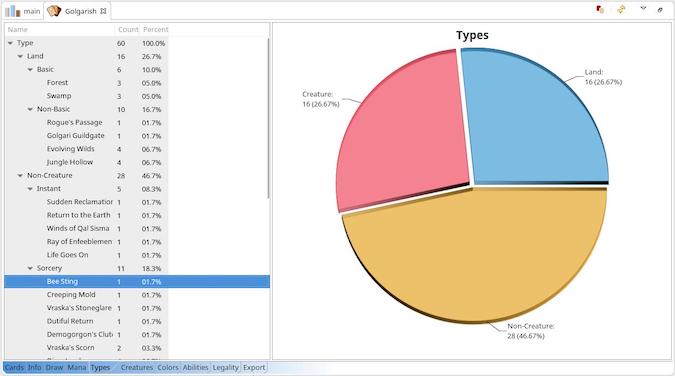 Open source tools for everything

There's an open source application for nearly everything, so it's no surprise that there's a robust card collection manager like Magic Assistant to help Magic: The Gathering players. If you play the original trading card game, try this one out. It can help you keep track of which cards you have available for building decks. And just as important, it may encourage you to build more decks more often, because it's so easy to do when all the cards are at your fingertips.

Create maps, manage games and tokens, chat with other players, and more with this open source role-playing game tool.