I switched to Linux and open source to enhance my business and protect my mental health. 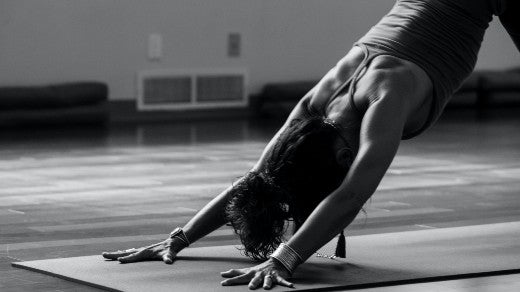 When I started my first yoga studio in 2000, computer technology was way out of my wheelhouse. In fact, for the first two years, I didn't even have a website. I did everything from scratch, including collecting emails, sending newsletters, marketing events, and corresponding with my student base. I was extremely content operating my business that way; my focus was on teaching yoga and creating community.

Since then, I have gone on quite a journey in learning to use the right technology to support my business goals. In this article, I want to give you real-life evidence that Linux is a viable operating system (OS) and share some of the ways that switching to Linux has helped my business thrive. I'm here to testify how much easier Linux has made my work life and my personal life.

A series of OS disasters

The path to that easier life was a long one. My rudimentary systems worked fine for a while, but then my client base grew to the point where they were no longer manageable. It was time to systematize things to support my growing business. I chose Microsoft Windows as my operating system, I purchased a product to manage newsletters and mailing lists, and I hired a web designer to create an interactive website with a sales page. I thought I'd created a solid system for managing my clients, programs, and staff.

At first, all went well. I went happily about my business until my computer, operating with Microsoft and protected by anti-virus software, became infected with malware. That sent everything into a hair-pulling tizzy. I smashed at buttons, cursed like a sailor, and still nothing worked. I called my smart computer friends, but all they could do was offer sympathy and say, "I hope you backed everything up."

I carried my desktop to a repair service, where they held my computer for a solid week while they reinstalled my operating system. They also advised me to purchase another virus and malware protection program. My business was frozen in time. I lost some data, a lot of time, some cash, and my too optimistic attitude toward my operating system.

The new system and software worked for a while, only to be infected again. And again. Eventually, I was advised that I needed to replace my computer. So I did. For a few years, I avoided any major snafus on my beautiful new laptop, which enabled me to work anywhere. I religiously backed up and purchased expensive new versions of operating and protection software yearly. I naively assumed these steps would take care of the problems.

Of course, those expensive updated software packages also failed. At this point, I'd had enough time and experience to conclude that operating my business this way had become very costly, in both time and money—not to mention my energy.

By this time, I had met my computer pro friend, David. We often chatted before or after yoga class. In one of those conversations, I was lamenting my computer woes, so David offered to take a look. I jumped at the chance to have someone I trusted help me figure out my recurring quagmire of computer mishaps. David was able to fix things a few times with my Microsoft OS.

Still, I continued having computer struggles until, finally, my operating system caused serious problems for my business. I had purchased an expensive software program designed for yoga studios and fitness centers to manage enrollments, payments, and payroll. When my computer locked up, I was unable to manage my daily business. I was resigned to purchasing a new computer and updating my OS and virus protection—again.

Making the switch to Linux

At this point, my friend David suggested that I rethink my OS and consider Linux instead. I'd never heard of Linux before. I was confident with my Microsoft skills, even though I'd lost confidence with the system. It was scary to think of a big learning curve ahead of me if I switched. Would I lose all the documents and lists created under Microsoft? Would Linux interfere with my ability to safely and smoothly send information to my client base?

Luckily, David is a very patient person. He answered all my questions and reassured me that Linux was a viable option for me and my business.

I was shocked when he told me it wasn't time for me to replace my computer.

Ka-ching! More money in my pocket.

Then I learned that Linux was open source, so no longer would I have to pay those costly fees for updates and protection.

Ka-ching! More cash for me and my business.

He assured me that the Linux system operated much like Microsoft, so my learning curve would not be so steep. He also told me that Linux is unique because it is constantly being improved by very smart people who have no motives other than improving functionality. I felt so relieved. I took a deep breath and went for it.

David quickly installed Linux, and we spent a few hours over a few days learning the new system. In reality—and much to my delight—it looked and felt very similar to what I was accustomed to. What a relief that I could make the transition with relative ease and zero frustration.

I grew my business with Linux

I've now been using Linux for several years—on the same laptop that I was sure needed to be replaced! Although I encountered a few random glitches now and then, downtime was at a bare minimum. All those times that computer failures and infections had impeded my business were in the past.

Once I stopped paying for professional service every time my computer froze up or failed to boot, purchasing yearly updates for software, and purchasing a new computer every few years, the financial savings for my small business were significant. But the benefits of switching to Linux went far beyond that.

I'm at my best when I'm able to create, write, and teach. After the switch, I no longer agonized over the threat of my studio operations and automation being suspended, which was priceless. No one needs a stressed-out yoga teacher! I had more time to create new content and programs, which brought in new students.

When Linux solved my computer drama, my business grew. I was able to streamline with ease and confidence. No longer did I worry about my client information and proprietary data being at risk. I could relax into my business, knowing all was safe and that everything ran without a hitch as long as I updated regularly. I had the time and confidence to expand my reach and began offering big-ticket items like retreats and teacher training.

After enjoying that success for a while, I decided to transition to a different business model, one with much less management, more focus on my creative process, and more personal contact with clients. I closed the studio and created Zakti Health. That meant a new website, new software, and the challenge of rebranding. Linux was with me through all the changes. Knowing I had a stable and secure OS, I was able to turn my attention in this new direction with confidence.

Once again, all was going well.

Adapting to change with open source

Then the pandemic hit and wiped out Zakti in a single day. Life throws unexpected challenges to small business entrepreneurs! After careful consideration, I decided to close Zakti and create a pandemic-proof digital business. I've created a digital course using some complex software that works like a dream on Linux. I'm now doing quite a bit of podcasting, vlogging, and live streaming, and I've found some great open source software that makes these new activities both affordable and easy. Linux has felt like a loyal friend through all this transition in completely new territory.

Now David and I are writing a book together, Linux for the Small Business, soon to be published by Apress. I rarely stress over computer issues anymore—and I've cleaned up my sailor's mouth too.

Linux gives me the freedom to control how I use my computer. Plus, it's free and open source.

There are many reasons people start using Linux, but few turn back once they begin.

The end of the pandemic won't be the end of curbside pickup, delivery, and other shopping conveniences, so set your website up for success with these plugins.