How to adopt DevSecOps successfully | Opensource.com

Integrating security throughout the software development lifecycle is important, but it's not always easy. 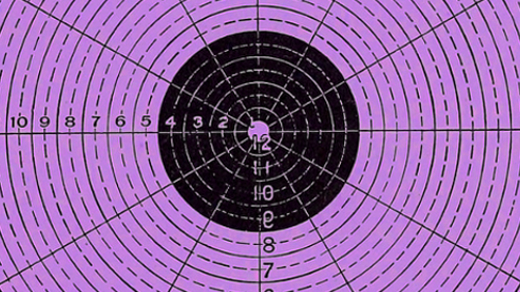 Adopting DevOps can help an organization transform and speed how its software is delivered, tested, and deployed to production. This is the well-known "DevOps promise" that has led to such a large surge in adoption.

We've all heard about the many successful DevOps implementations that changed how an organization approaches software innovation, making it fast and secure through agile delivery to get ahead of competitors. This is where we see DevOps' promises achieved and delivered.

But on the flipside, some DevOps adoptions cause more issues than benefits. This is the DevOps dilemma where DevOps fails to deliver on its promises.

There are many factors involved in an unsuccessful DevOps implementation, and a major one is security. A poor security culture usually happens when security is left to the end of the DevOps adoption process. Applying existing security processes to DevOps can delay projects, cause frustrations within the team, and create financial impacts that can derail a project.

DevSecOps was designed to avoid this very situation. Its purpose "is to build on the mindset that 'everyone is responsible for security…'" It also makes security a consideration at all levels of DevOps adoption.

Before DevOps and DevSecOps, the app security process looked something like the image below. Security came late in the software delivery process, after the software was accepted for production.

Depending on the organization's security profile and risk appetite, the application might even bypass security reviews and processes during acceptance. At that point, the security review becomes an audit exercise to avoid unnecessary project delays.

The DevSecOps manifesto says that the reason to integrate security into dev and ops at all levels is to implement security with less friction, foster innovation, and make sure security and data privacy are not left behind.

Therefore, DevSecOps encourages security practitioners to adapt and change their old, existing security processes and procedures. This may be sound easy, but changing processes, behavior, and culture is always difficult, especially in large environments.

The DevSecOps principle's basic requirement is to introduce a security culture and mindset across the entire application development and deployment process. This means old security practices must be replaced by more agile and flexible methods so that security can iterate and adapt to the fast-changing environment. According to the DevSecOps manifesto, security needs to "operate like developers to make security and compliance available to be consumed as services."

DevSecOps should look like the figure below, where security is embedded across the delivery cycle and can iterate every time there is a need for change or adjustment.

More on security
Any time changes are introduced, people find faults or issues with the new process. This is natural human behavior. The fear and inconvenience associated with learning new things are always met with adverse reactions; after all, humans are creatures of habit.

Some common obstacles in DevSecOps adoption include:

Adopting DevSecOps is not easy, but being aware of common obstacles and challenges is key to your success.

To help accelerate cultural change, the organization needs leaders and enthusiasts that will become agents of change. Embed these people in the dev, ops, and security teams to serve as advocates and champions for culture change. This will also establish a cross-functional team that will share successes and learnings with other teams to encourage wider adoption.

Once that is underway, the organization needs a DevSecOps use-case to start with, something small with a high potential for success. This enables the team to learn, fail, and succeed without affecting the organization's core business.

The next step is to identify and agree on the definition of success. The DevSecOps adoption needs to be measurable; to do that, you need a dashboard that shows metrics such as:

These metrics are a critical requirement to be able to identify processes and other things that require improvement. It's also a tool to declare if an adoption is a win or a bust. This methodology is called event-driven transformation.

When implemented properly, DevOps enables an organization to deliver software to production quickly and gain advantages over competitors. DevOps allows it to fail small and recover faster by enabling flexibility and efficiency to go to market early.

Ultimately, the solution to the DevSecOps dilemma relies on cultural change to make the organization better.

What's the difference between DevSecOps and agile software development

Are you focused more on security or software delivery? Or can you have both?
Sam Bocetta

Mike Calizo - Mike Calizo is a Red Hat Solutions Architect based in New Zealand. His technology focus are OpenShift, RHEL, Satellite, Ansible. Mike is also a very active member of the open-source community by contributing to upstream projects and organises/presents at the Ansible and OpenShift Meetups in New Zealand that are held several times a year.
More about me