Why you need to use Kubernetes schema validation tools

Compare schema validation tools that help you avoid misconfigurations in your Kubernetes clusters. 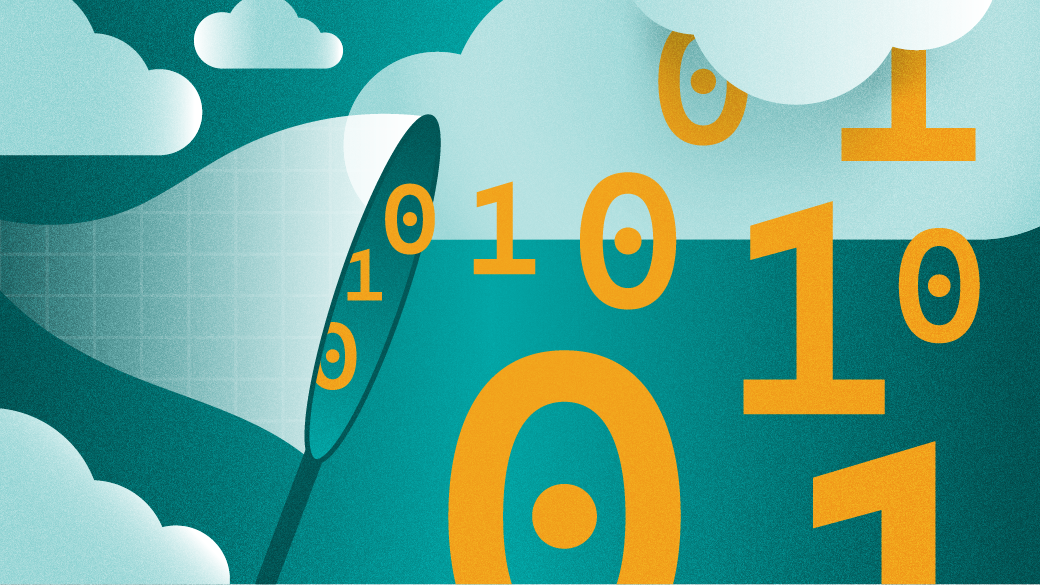 How do you ensure the stability of your Kubernetes (K8s) clusters? How do you know that your manifests are syntactically valid? Are you sure you don't have any invalid data types? Are any mandatory fields missing?

Most often, we become aware of these misconfigurations only at the worst time: when we're trying to deploy the new manifests.

Specialized tools and a "shift-left" approach make it possible to verify a Kubernetes schema before it's applied to a cluster. This article addresses how you can avoid misconfigurations and which tools are the best to use.

Running schema validation tests is important, and the sooner the better. If all machines (e.g., local developer environments, continuous integration [CI], etc.) have access to your Kubernetes cluster, run kubectl --dry-run in server mode on every code change. If this isn't possible and you want to perform schema validation tests offline, use kubeconform together with a policy-enforcement tool to have optimal validation coverage.

Verifying the state of Kubernetes manifests may seem like a trivial task because the Kubernetes command-line interface (CLI), kubectl, can verify resources before they're applied to a cluster. You can verify the schema by using the dry-run flag (--dry-run=client/server) when specifying the kubectl create or kubectl apply commands; these will perform the validation without applying Kubernetes resources to the cluster.

But I can assure you that it's actually more complex. A running Kubernetes cluster must obtain the schema for the set of resources being validated. So, when incorporating manifest verification into a CI process, you must also manage connectivity and credentials to perform the validation. This becomes even more challenging when dealing with multiple microservices in several environments (e.g., prod, dev, etc.).

Kubeval and kubeconform are CLI tools developed to validate Kubernetes manifests without requiring a running Kubernetes environment. Because kubeconform was inspired by kubeval, they operate similarly; verification is performed against pre-generated JSON schemas created from the OpenAPI specifications (swagger.json) for each Kubernetes version. All that remains to run the schema validation tests is to point the tool executable to a single manifest, directory or pattern. 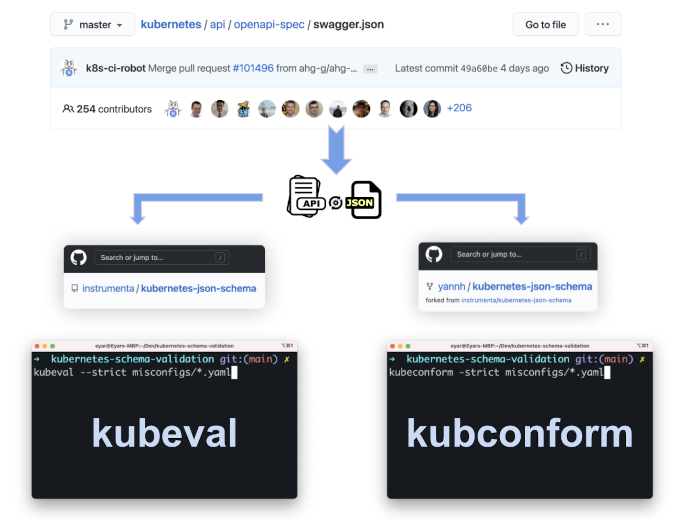 I donned my QA hat and generated some (basic) Kubernetes manifest files with some intentional misconfigurations and then ran them against all four tools.

In summary: all misconfiguration was caught by kubectl dry-run in server mode.

Some misconfigurations were caught by everything:

However, some had mixed results:

Results for running the tools against seven files with different Kubernetes schema misconfigurations:

Results for running the tools against 100 files with valid Kubernetes schemas:

Conclusion: While kubeconform (#1), kubeval (#2), and kubectl --dry-run=client (#3) provide fast results on both tests, kubectl --dry-run=server (#4) is slower, especially when it evaluates 100 files. Yet 60 seconds for generating a result is still a good outcome in my opinion.

Both kubeval and kubeconform accept the Kubernetes schema version as a flag. Although both tools are similar (as mentioned, kubeconform is based on kubeval), one of the key differences is that each tool relies on its own set of pre-generated JSON schemas:

The variety of supported Kubernetes schemas is especially important if you want to migrate to a new Kubernetes version. With kubeval and kubeconform, you can set the version and start evaluating which configurations must be changed to support the cluster upgrade.

Conclusion: The fact that kubeconform has all the schemas for all the different Kubernetes versions available—and also doesn't require Minikube setup (as kubectl does)—makes it a superior tool when comparing these capabilities to its alternatives.

Other things to consider

Both kubectl dry-run and kubeconform support the CRD resource type, while kubeval does not. According to kubeval's docs, you can pass a flag to kubeval to tell it to ignore missing schemas so that it will not fail when testing a bunch of manifests where only some are resource type CRD.

Kubeval is a more popular project than kubeconform; therefore, its community and documentation are more extensive. Kubeconform doesn't have official docs, but it does have a well-written README file that explains its capabilities pretty well. The interesting part is that although Kubernetes-native tools such as kubectl are usually well-documented, it was really hard to find the information needed to understand how the dry-run flag works and its limitations.

Conclusion: Although it's not as famous as kubeval, the CRD support and good-enough documentation make kubeconform the winner, in my opinion.

Now that you know the pros and cons of each tool, here are some best practices for leveraging them within your Kubernetes production-scale development flow:

Thank you to Yann Hamon for creating kubeconform—it's awesome! This article wouldn't be possible without you. Thank you for all of your guidance.

This article originally appeared on Datree.io and is reprinted with permission.

Manage your Kubernetes cluster with Lens

Start monitoring your Kubernetes cluster with Prometheus and Grafana

Before you can measure chaos, you need to know what your system's steady state looks like. Learn how in the second article in this series about chaos engineering. 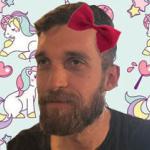 Through open-source, I have grown into the professional I am today, leading my startup as the Chief Product Officer. Technologies that I'm passionate about: Python, Node.js, Git, CI/CD, Infrastructure as code, GitOps, Kubernetes, Policy as code, Process automation. > https://github.com/eyarz > https://dev.to/eyarz
More about me