An academic OSPO is working with CHAOSS software to build a community health analytics platform.

Rochester Institute of Technology (RIT) has made considerable strides in increasing its presence in the open source world lately. RIT's Free and Open Source Software and Free Culture minor is the first of its kind in academia. For example, its open source programs office, Open @ RIT, has begun helping RIT faculty and staff fellows build and maintain communities for their open source projects.

These strides are driven by the students, faculty, and staff at RIT. Already, a growing number of people at the university are heading their own open projects. However, running an entirely open source project can be cumbersome. Much of this comes from maintaining a community for the project and managing data such as the project's code, issue tracking, and repositories.

To help these people, Open @ RIT is creating a system called Mystic, a community health analytics platform that utilizes GrimoireLab, an open source toolkit developed by CHAOSS software that provides metrics and analytics for open source projects. GrimoireLab allows users to gather, enrich, filter, and visualize a project's data, such as the time it takes a reported issue to be solved, contributor affiliations, and much more.

Mystic will act as a front-end portal where anybody can submit their project. From there, the project will be sent directly to GrimoireLab, which will compute and publish the project's metrics for the submitter after only a few minutes.

"Our hope is that anyone at RIT who is managing, leading, or participating in an open source project will be able to submit that project to Mystic and have any metrics they need provided to them," says Emi Simpson, full-stack developer at Open @ RIT and head developer of Mystic.

The process is straightforward. After logging into Mystic, the user uploading their project opens up a pop-up window where they enter details about the project and links to data sources like GitLab, RSS feed, and an Open Software Foundation (OSF) project. Once the details and project are saved, Mystic uses GrimoireLab to automatically retrieve metrics from the project source and render graphs for each source. The project and its metrics will then be displayed on its own dashboard. 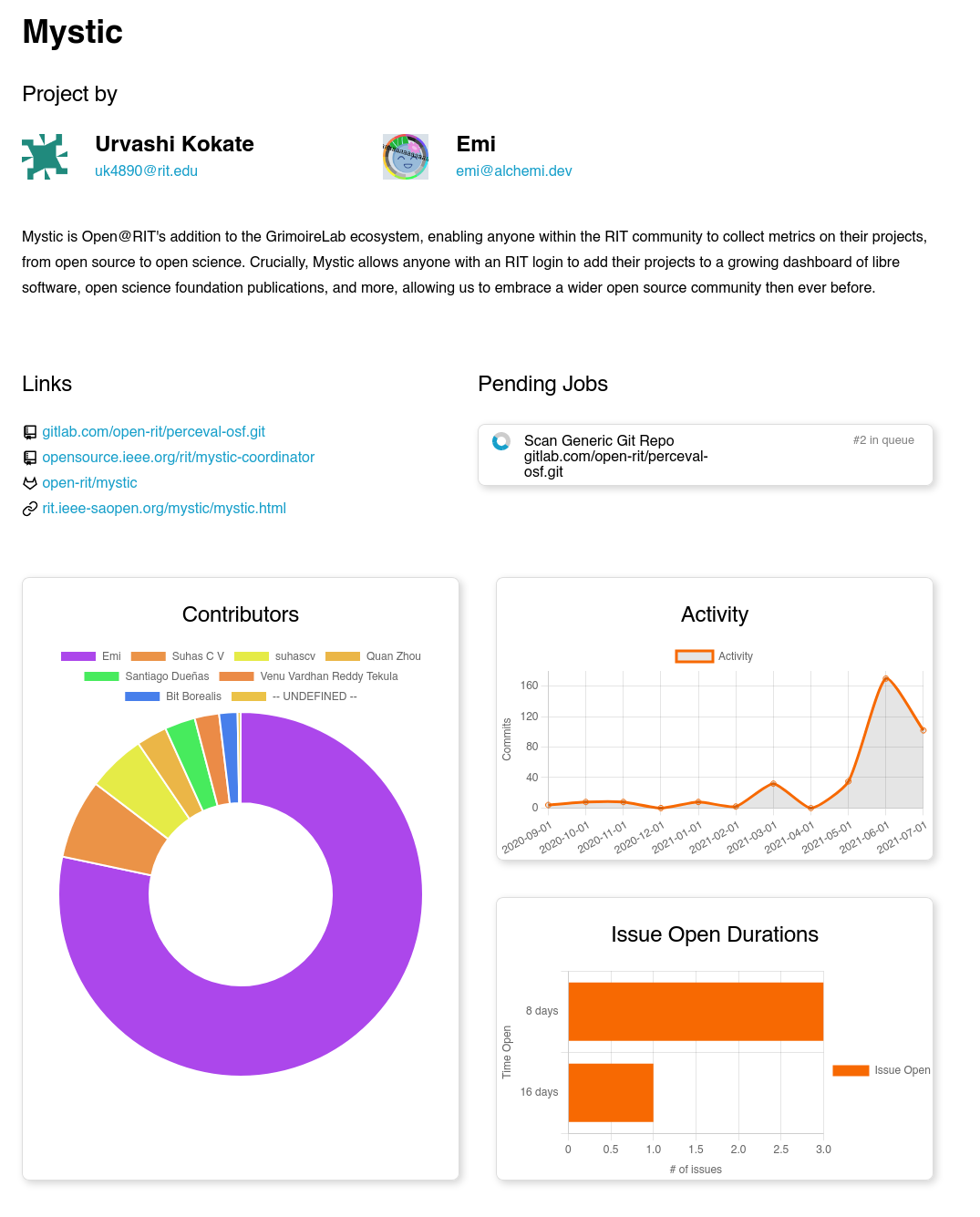 These dashboards will also be displayed and listed on a single page for others to see, encouraging cooperative development and interaction between open source communities within RIT worldwide. Simpson and Open @ RIT hope this will increase participation in open work at RIT and further cement the university as an open work hub.

At the moment, Mystic is still under development and not ready for a production environment, but its potential for both RIT and open source as a whole remains well in sight. Future goals include implementing easy integration with the university's reporting tools and comprehensive dashboards at the project level and in aggregate.

Are you interested in contributing to Mystic? Get in touch with us to get started.

A look into the digital infrastructure of an academic open source programs office (OSPO). 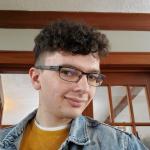 Quinn Foster (they/them) is a graduate of Digital Humanities and Social Sciences program at the Rochester Institute of Technology, and was writer for Open@RIT, the open source programs office of RIT, for the summer of 2021.
More about me