Ansible is an open source automation tool that can be used in a variety of ways. Here are a few examples of last year's most popular Ansible tutorials and stories.

Automation just keeps improving the lives of everyone on the IT team. Ansible helps anyone who uses IT automation, whether for keeping files organized or configuring printers, or for anything else someone can imagine and build. These are some of the most notable use cases and experiences shared on Opensource.com in 2021.

If you are hearing about Ansible for the first time, or if you're a seasoned user, these articles will have something for you.

What to read next
Tags
Best of Opensource.com
Ansible
Sumantro Mukherjee 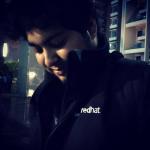