With a little basic understanding of assembly, these functions could be scaled to do math on integers of any bit size. 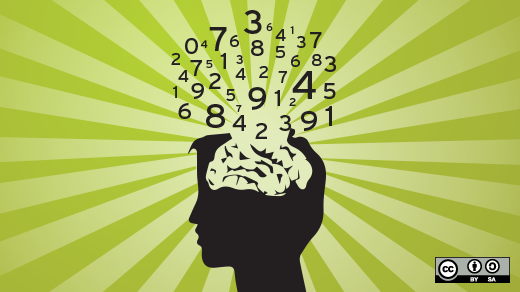 A few years ago, I wrote a command-line math program for FreeDOS called VMATH. It was capable of performing only extremely simple mathematical operations on very small unsigned integers. With some recent interest in basic math in the FreeDOS community, I improved VMATH to provide basic math support on signed 64-bit integers.

The process of manipulating big numbers using only 16-bit 8086 compatible assembly instructions is not straightforward. I would like to share some samples of the techniques used by VMATH. Some of the methods used are fairly easy to grasp. Meanwhile, others can seem a little strange. You may even learn an entirely new way of performing some basic math.

The techniques explained here to add, subtract, multiply, and divide 64-bit integers are not limited to just 64-bits. With a little basic understanding of assembly, these functions could be scaled to do math on integers of any bit size.

Before digging into those math functions, I want to cover some basics of numbers from the computer's perspective.

An Intel-compatible CPU stores the value of numbers in bytes from least to most significant. Each byte is made up of 8 binary bits and two bytes make up a word.

When reading or writing data to memory, the CPU processes the bytes in the correct order. On a processor more modern than an 8086, there can be larger groups, such as a quadword which can represent the entire 64-bit integer as 0x0000000000012345.

The 8086 CPU doesn't understand such gigantic numbers. When writing a program for FreeDOS, you want something that can run on any PC, even an original IBM PC 5150. You also want to use techniques that can be scaled to any size integer. The capabilities of a more modern CPU do not really concern us.

For the purpose of doing integer math, the data can represent two different types of numbers.

To perform basic addition, subtraction, multiplication, and division of very big integers, you should explore some simple routines to get a number's absolute or negative value. You will need them once you start doing math on signed integers.

Getting the absolute value of a signed integer is not as bad as it may first seem. Because of how unsigned and signed numbers are represented in memory, there is a fairly easy solution. You can simply invert all the bits of a negative number and add 1 to get the result.

You can write this procedure in assembly to return the absolute value of any 64-bit number:

To turn a positive number negative, you can just repeat the process you used to get the absolute value. The example procedure is very similar, except you want to make sure the number is not already negative at the start.

With all of that shared code between the absolute and negative functions, they should be combined to save some bytes. There are additional benefits when such code is combined. For one, it helps prevent simple typographic errors. It also can reduce testing requirements. Moreover, the source generally becomes easier to read, follow, and understand. Sometimes with a long series of assembly instructions, it is easy to lose track of what is actually happening. But for now, we can move along.

Getting the absolute or negative value of a number was not very difficult. But, those functions will be critically important later on when we start doing math on signed integers.

Now that I've covered the basics of how integer numbers are represented at the bit level and created a couple of basic routines to manipulate them a little, we can get to the fun stuff.

Let's do some math!

A long-time self taught computer programmer that was writing code before MS-DOS was a thing, specializing in Assembly, Pascal, shell scripting and Linux server automation. Also, the distribution coordinator and a developer for FreeDOS.
More about me
Register or Login to post a comment.