6 reasons this nonprofit chose Backdrop for its open source CMS

﻿As a nonprofit that builds websites for other nonprofits (among other things), the Stuart Center has used a variety of platforms over the years based on experience and feedback from nonprofit partners. In the early days, we did straight HTML websites, and as content management system (CMS) technology blossomed, used Mambo (and Joomla after it forked). We then moved on and have used WordPress and Drupal for years now. As things evolve and change, we always have to re-assess and adjust course as necessary based on the audience we are serving. Of course, it's not just the technology that is changing, but the focus and priorities and end-user experience of the various projects.

The Stuart Center serves primarily small to mid-sized nonprofits. Many of our partners don't have a full-time website person, and often people wear many hats. Funding is usually tight. They have website needs that can't always fit into a cookie-cutter solution, and they appreciate flexibility from a website so it can be a solid base that can grow and scale and adapt as their needs do. This is why we've often turned to Drupal over the last decade or so.

In the last number of years, we've shifted and begun to suggest Backdrop to our partners as an alternative to Drupal. Backdrop not only maintains many of the strengths of Drupal: it also brings some strong new features and a particular focus on and attention to just the kind of groups that make up our audience. Here are some of the deciding factors we considered as we've observed and begun to participate in the Backdrop project. (And to be clear, this is not intended as a knock on the other projects as much as an endorsement of Backdrop – we've used WordPress and Drupal plenty and I expect we'll use them again when the project is right).

In Backdrop, the best parts of Drupal are kept, including many of the new improvements that went into Drupal 8 such as configuration management and key features like the ability to create dynamic, customizable views in the core software. This makes it much more flexible out of the box than WordPress. There are also new Backdrop-specific improvements, such as a user-friendly and a powerful layout system that allows separate landing pages. There are also sections with unique page structures and blocks of various kinds of content placed differently on the page. We have the power to build a solid, flexible base that we can scaffold on top of as budget allows and ideas grow. Sometimes a group doesn't have the budget for a full project all at once. With Backdrop, we can find a way to do a project in multiple phases, building on what we started rather than having to start again or redo a lot of work.

There has been a continuous stream of usability improvements in Backdrop as the team tries to clean up some of the inconsistencies and less than ideal user interface aspects of Drupal 7. Some of them are small and the kind of thing you don't even notice when they're fixed (which is what you want) and others bring new features into play (like the addition of an image library in the editor, and the fact that images uploaded through the editor are tracked elsewhere on the site as well). We had a partner email us the day after we upgraded and slide in a comment about how they loved the new image library, so we know that these improvements are being noticed by our end users. Attention to the little details like the full-featured editor experience (which works so nicely out of the box) and upgraded JavaScript libraries make it much more enjoyable to use as a content editor or site builder on a day-to-day basis.

Backdrop's principles fit hand-in-glove with the Stuart Center's values, especially the way we try to educate and empower our partners. Make sure it's usable. Include features that the majority need and want. Keep it simple but extendable. This is critical as we build a site and then try to empower our partners to take on as much of the editorial and administrative aspects as they are willing and able. We always tell our partners that, based on their needs, we will help train them to handle as much as they are able on the site. We'll be here for questions as needed, realizing some groups will need more support and others will need less (or none).

As we at the Stuart Center evaluated Backdrop, we had to look at the total cost of ownership of the website for our partners.The fact that building a Drupal site will cost more than building a Backdrop site, that is one thing, but the costs of ongoing maintenance and upgrades and the potential need for a more expensive hosting plan are others. We've found that we can develop Backdrop sites quickly, which means lower costs, and that the Backdrop principle of backwards compatibility has made updates and upgrades very smooth. (With core updates  already possible via the admin interface, and potentially in an automated form in the future, it's another affordability win for our partners on the horizon). Some of our smaller partners have sites that are on shared hosting, and Backdrop's philosophy includes a principle of maintaining great performance so the system can run on lower cost hosting.

It's worth noting here that there is a smooth upgrade path from Drupal 7 to Backdrop, whereas the process of moving from Drupal 7 to Drupal 8 and above is a more intensive migration process.

At the Stuart Center, we've been evaluating Backdrop for several years, even as we've built sites with it and participated in the community by porting, maintaining, and developing modules. Backdrop is over seven years old now, with scheduled and on-time releases every 4 months. Security updates are generally managed in collaboration with the Drupal 7 security team on issues that affect both systems. The ability to update the core software via the administrative interface (in a similar way to how you can already update contributed modules) is a great feature for those partners that want to manage things more completely. The long term goal of providing an option for automated security updates is another step in the right direction (I've appreciated the thoughtful conversation around this and whether it will be possible to provide a "security updates only" release for minor versions to minimize the chance that an automated update could cause a breakage – a branch that does not force you to upgrade to the latest functionality but does allow the security patches to flow in as seamlessly as possible).

I expect that we'll see a spike in Backdrop adoption as we approach the end-of-life of Drupal 7.

Most of the above considerations are from the end user perspective, but the developer's Backdrop experience is also one of empowerment. The community is still comparatively small but it's growing, and the attitude in general feels very welcoming and warm, "structured to promote participation and collaboration." Modern workflows and development tools like Github help make it simpler to get involved in one way or another.

The leadership structure is one of the hidden gems of the project. Rather than one person or an enterprise-focused company having outsized control of a community-powered project, the Backdrop Project Management Team is set up as a diverse group representing "all perspectives of the Backdrop community". This gives peace of mind that the project won't stray from the principles that focus on the needs of small and mid-size nonprofits, companies, and groups, and the big shops and enterprise developers that want to shift everything to headless systems or other expensive functionality can't use their size to steer the project away from its intended audience. They are still welcome to use Backdrop and participate in the contrib space, of course, just not to commandeer the project!

Another important check mark for Backdrop CMS is the deep integration it has with CiviCRM, allowing nonprofits or company to take advantage of all the benefits CiviCRM offers: centralized donor and contact management, memberships, donations, events with registration, case management, email blasts, and the privacy win of self-hosted data.

If you work in a small or medium-sized nonprofit, the points above will probably resonate in many ways. At the Stuart Center, we've been very pleased with Backdrop's direction and we're looking forward to the project's future as a tool to help us and our partners build a better world. I expect we'll use other systems from time to time, but Backdrop feels like a "Swiss Army knife" of sorts and should be part of the conversation.

If you have a web project coming up or are just interested in discussing Backdrop or asking us a question or two, join the live chat or feel free to get in touch with us at the Stuart Center. You can also follow the Nonprofit Backdrop Twitter feed. 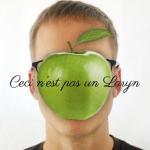 Laryn Kragt Bakker is the director of the Stuart Center's CEDC office doing nonprofit graphic design and #BackdropCMS, #Drupal, and #CiviCRM web development. He maintains a wide variety of modules for Backdrop and is a core committer for the project.
More about me
Register or Login to post a comment.