Thanks to everyone who voted for a People's Choice Award winner last week! Looking at the votes took some time due to a few folks who appear to have been dedicated enough to set up vote-bots. We appreciate your enthusiasm, but our authors are champs on their own, no additional help needed. But now that the votes are all in, we're pleased to announce that this year's winner is David Doria, who wrote several stories for our Education channel last year. 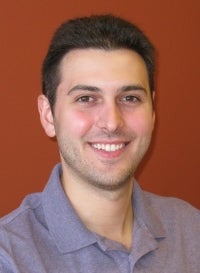 David Doria is working toward his Ph.D. in electrical engineering at Rensselaer Polytechnic Institute, specifically in the field of computer vision and image processing. His research deals with 3D data analysis, particularly from LiDAR scanners. His opensource.com posts include:

In a very, very close second place was Abhi Nemani, the Director of Strategy and Communications at Code for America. He has worked closely with technology firms, political organizations, and local governments, leveraging technology to grow their impact, including the Rose Institute, Center for American Progress, and Google.

Congratulations to David and Abhi. And thank you to both of you, as well as all of our nominees and every contributor. Opensource.com not only exists because of you; it is better because of each of your contributions.

What to read next
Tags
Opensource.com community
Ruth Suehle