Does having open source experience on your resume really matter? 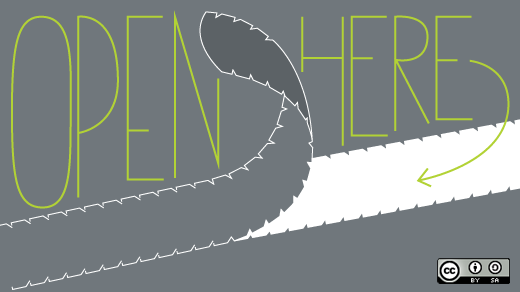 "Code is the next resume." These words by Jim Zemlin, executive director at The Linux Foundation tell profoundly about how our technology industry, and the many businesses that depend on it, are transforming. The unprecedented success of open source development methodology in the recent past raises some fundamental questions about the way the businesses are designed, the structure of the teams, and the nature of work in itself.

The hacker culture, which was labelled as rebellious, to the point that it faced public dismissal, disapproval, and indifference a couple of decades ago, has come out from the fringes of society and is now mainstream. Today, open source software owes much to the great minds that constituted that tribe of hacker culture and has become prominent and permeated every aspect of our society. It has, in the contemporary world, become subversive and brought about a radical change in the way software is developed globally, and consequently how businesses are run. From commercial enterprises to non-profit organization and to the public sector, every social structure has reaped the benefit of open source to stay ahead of competition and fuel the engine of innovation.

Software plays a very critical role in today's economy and the strategic calculations of enterprises. In my last six years of working with open source products at both professional and personal levels, I have observed the reliance of teams, both technical and management, on open source infrastructure. It is clearly discernible in today's technology teams that doing things the open source way, and the software built from open source methodologies, has a significant footprint.

Asking someone, "Do you have a GitHub profile?" is not an uncommon question that an interviewer may ask a prospective candidate for a development or a technical position. A resume showcasing a candidate's active engagement in open source projects adds a punch to his profile and provides a lucid picture of her or his skill sets.

There was a time when technology giants like IBM, Microsoft, and Oracle were most cautious and to a point, feared the rise of open source. For more than a decade, Microsoft considered the Linux operating system a threat to its share of the market. Today, Microsoft has a portfolio of open source projects and actively participates in the standard setting process in the industry. It is a contributor to Hadoop project and in a recent development, is open sourcing more of its .Net developer framework and programming languages. Likewise, IBM has played a key role in the Linux operating system and has invested massively in its development. Oracle, among its other contributions, today owns MySQL, the second most widely used relational database management system in the world. Not many could believe that an organization built on open source could cross 1 billion in revenue, but Red Hat has proved all the disbelievers wrong.

The implication here is that many of these major players have realized the positive impact that open source projects have on the information technology industry as a whole. They understand that open source has the capability to push forward the horizons of technology. For any job applicant who has committed code to an open source project, it is not only a welcoming news but it opens new doors of opportunities.

Open source on your resume

The job market is not always kind to people looking to start a new chapter in their professional life, whether it is looking for employment right out of school or changing a job, or rejoining the business world. Drawing from my own experience of going through one such phase, I can say that getting actively involved in an open source project improved my chances of finding a job in the technology sector. Open source projects offer an amazing platform where candidates with the right skills can offer their services. They can build on this experience, stay up to the mark on the latest technology trends, and even build an open source consulting brand. The open source software methodology has provided incredible avenues where people can transform themselves from an inactive, unemployed state to a state where they are active contributors. I strongly believe that there is no other methodology that provides better resources than open source to become a successful freelancer.

History tells us that the big picture has always mattered in open source. Linux, a revolutionary operating system, was built and developed by enthusiast hackers sharing their work and collaborating over the Internet. Today, Linux is ubiquitous and used by NASA, major banks, and projects like One Laptop per child. Additionally, OpenStack is disrupting the cloud computing market and has industry leaders like Red Hat, IBM, and Rackspace as its top contributors. Likewise, there are a significant number of open source projects that are transforming our society and business world for the good. The best thing about these massive projects is that they welcome anyone with the skills and will to become part of the community.

What to read next
Tags
Business
Careers
GitHub
Aseem Sharma 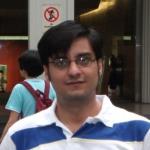