How volunteering at events can advance your open source career 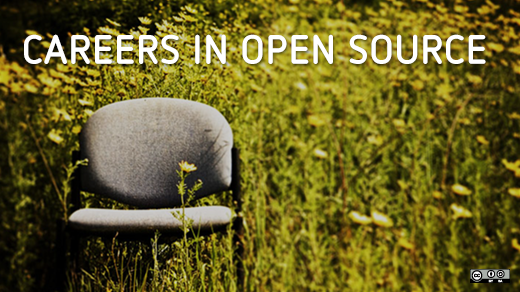 When I look back at my years working in open source, I realize how much conferences have helped my career. Back when I was an editor at Linux Pro Magazine, I met dozens of writers in person at conferences, which almost always improved our working relationships, and I recruited countless new and first-time authors. Watching other speakers and then meeting them after their sessions helped inspire me to get past my stage fright (with a dash of imposter syndrome) and start speaking at events. I've also forged friendships at conferences that are now almost as old as my career. And I've met more than one person who ended up being a future employer.

Within the next few weeks, I will attend FOSDEM and DevConf.cz for the first time, and I'll attend the Southern California Linux Expo SCALE 13x for the eighth time. (I got snowed in and missed SCALE 11x, otherwise this would be the ninth.) I can't be at every event I'd like to attend each year, but SCALE consistently stays in my "must attend" column, not only because of its stellar lineup of sessions and speakers. The event is affordable, fun, and provides a great way for me to see a bunch of friends in one location.

SCALE is put on by volunteers, which is especially impressive when it all comes together at the last moment. At the end of the weekend, attendees leave saying, "This was the best SCALE ever," a sentiment we feel every year. If you want to be a part of SCALE 13x, and volunteering sounds intriguing, check out their recent call for volunteers. You don't have to be an open source expert, or have any open source experience at all for that matter, because the event organizers have a range of jobs just waiting for volunteers to fill them.

"One of the most wonderful aspects of open source is that it breaks the paradox many people face in not having enough experience to get the job they want, but not getting the opportunity to gain that experience," says Jono Bacon, Senior Director of Community for XPRIZE, former Ubuntu community manager, and one of the many people I met at my first SCALE conference. "Open source provides a rich volunteer environment where people can demonstrate skills, make connections, all on a fabric that shows initiative and forethought. The open source community is teeming with these volunteer opportunities, so there are plenty of places to get started."

Jono knows many people who have participated in event work as part of a wider volunteer effort, which then led to hobbies that turned into careers. He says that most tech events need volunteers, especially community-oriented events, such as, SCALE, Ohio LinuxFest, Texas Linux Fest, and SouthEast LinuxFest. He says that volunteers are also needed for the Community Leadership Summit in Portland. (If you're feeling especially ambitious, consider running a regional CLSx event or XPRIZE Think Tank.)

"In general, every volunteer opportunity has taught me something that has helped me in my career. It’s been the best way to hop right into something and learn” says Emilie Nouveau, Drupal Association web designer and one of the LinuxFest Northwest event organizers. Learning isn't the only thing Emilie does while volunteering at events. “Since I started working with Drupal, every job I’ve gotten has been through connections I made while volunteering for everything ranging from code sprints at DrupalCons to creating design for LinuxFest Northwest.”

When Emilie was wearing a MongoDB T-shirt to a DrupalCon Denver code sprint, for example, the Chief Solutions Architect from MongoDB introduced himself to her. "MongoDB was switching to Drupal and was hitting the steep learning curve without any drupalists on staff," Emilie says. "I just started walking through different components of the site and fixing things, something I’m always happy to do with anyone at a code sprint. After two hours, he offered me a job."

Emilie says LinuxFest Northwest is always looking for volunteers, especially in technical areas like video and web development. DrupalCon Barcelona will be calling for volunteers soon. Also check out the DrupalCamps.

Angela Brown, Senior Director of Events at the Linux Foundation, says that volunteering at events provides opportunities to network and meet people who have or know of open positions. "Within your volunteer duties, you are more likely to be put in situations over the course of the entire event where you are talking one on one to the speakers, sponsors, organizers, and attendees, which provides a good conversation ice breaker," Angela says. "You never know when you are talking to someone at an event what jobs they might know about, and so the option to speak to as many people as possible is a great starting point." She says that a number of Linux Foundation events need on-site volunteers each year, including, LinuxCon + CloudOpen North America, ContainerCon, Vault Linux Storage & Filesystems Conference, LinuxCon + CloudOpen Europe, ApacheCon North America, and LinuxCon + CloudOpen Japan. If you are interested in volunteering for one of these events, email events@linuxfoundation.org.

Ben Pearson volunteered with the Linux Foundation to help plan LinuxCon North America 2014. His volunteer work started about three months before the event, and he was able to do the work from home because he helped review and organize the talk proposals. Later he traveled to Chicago to help set up the event, and then he got to stay and attend the event, which was his first major tech conference. "For those three days, I did everything I could to absorb the value of the keynotes, presentations, social events, and the corporate and organization booths," he says.

The networking Ben did as a result of his volunteer work soon led to his first major career in open source. "During one of the evening social events at LinuxCon, I met some representatives from the Open Source Group at Samsung and asked them about their current hiring needs," he explains. "I learned a bit about their current projects while we spoke about my background, and we ultimately ended up sharing contact information. A short conversation that night led to an ongoing discussion over the next two months when, finally, the stars aligned for them to hire me."

Ben's advice to volunteers is to go out of your way to meet everyone you can at tech events. "A lot of very smart, extremely talented individuals attend these events, and there's always something new to learn," he says. "It seemed everywhere I looked, I met people doing unique work in open source and I was able to come away with a ton of knowledge, some great professional relationships, and even a new job."