Where do the developers in my FOSS community live? For large open source communities where personal contact with developers is impossible, answering this simple question may be difficult.

In some projects, developers have the option of registering personal geographical information such as a country or city of residence or GPS coordinates. For example, this is the case with Debian (shown below). In other projects, IP addresses—on which geolocation analysis can be performed later—are collected. This information permits tracking different kinds of access (to the development repositories, to the download area, to the forums, etc). But most projects don't have these tracking capabilities. 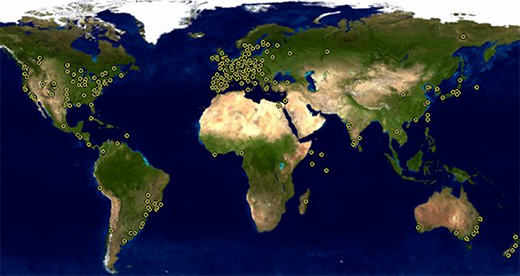 This map shows the location of Debian developers. CC BY-SA 4.0.

Fortunately, there is an approach that, even when it does not produce a great deal of detail about exact location, can be useful for visualizing how your community is spread around the world: time zone analysis. Time zones are not good for fine-grained location, but are enough to give an idea of large geographical areas.

Time zone analysis uses information provided as a byproduct when developers interact with some repositories:

An example of time zone analysis. It shows the number of Git authors per time zone for OpenStack in 2014. CC BY-SA 4.0.

Another example of time zone analysis showing the number of messages per time zone sent to Eclipse mailing lists during 2014. CC BY-SA 4.0.

In both cases, be aware of at least three sources of trouble:

Time zone analysis provides only a high-level view of the geographical distribution of the community. For example, you cannot tell European from African contributors, because they are in the same time zones. You can roughly identify persons from large regions (but the list is not exact, so look at the map for details and a more accurate description):

For some uses, this is enough. For example, the above chart about OpenStack Git authors show clearly that most of the developers are from North America and western Europe, with some participation from the Far East and other regions. The distribution of the Eclipse mail senders is even more centered in western Europe, with large participation from North America and only some presence from the rest of the world.

You can use this kind of study to track the results of policies for increasing geographical diversity, to know where developers come from, or to decide on a meeting location or chat session start time. In general, time zone analysis is a simple way to learn about the big picture of where your developers come from.

This text is based on content from the book Evaluating FOSS Projects. 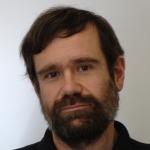 Jesus M. Gonzalez-Barahona is co-founder of Bitergia, the software development analytics company specialized in the analysis of free / open source software projects. He also teaches and researches in Universidad Rey Juan Carlos (Spain), in the context of the GSyC/LibreSoft research group.
More about me