Cyborg jobs are here to stay 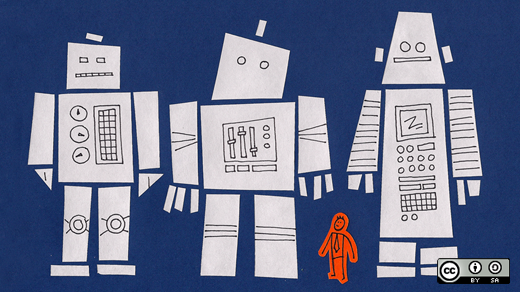 As a computer science professor, I'm often asked by parents how they can prepare their children for jobs that haven't been invented yet. I call them cyborg jobs, inspired by the 2010 Wired article Clive Thompson on the Cyborg Advantage. Cyborg jobs combine tech-savvy humans with technology in all its forms to do more work, better, smarter, and faster than either humans or computers alone can.

In the article, Thompson recounts the story of a hybrid chess tournament in 2005 organized by Grandmaster Garry Kasparov that pitted supercomputers (like the Deep Blue that bested Kasparov in 1997) and chess masters against an unlikely third group of opponents: regular chess players assisted by off-the-shelf chess software.

Thompson concludes, "The most brilliant entities on the planet ... are neither high-end machines nor high-end humans. They're average-brained people who are really good at blending their smarts with machine smarts."

This is especially true in the world of work. Technology has replaced labor (i.e., humans) in agricultural and blue-collar jobs, and even encroached on white-collar and professional trades. Bots tend fields, clean our floors, care for the elderly, and build our cars. Drones deliver pizza and packages, and when is the last time you called a travel agent? Even high-end professionals, such as doctors, are envisioning a near future when IBM's Watson may provide a faster, more accurate diagnosis of even the rarest illnesses.

A friend working at GM witnessed the 5,384 robots in Rüsselsheim, Germany that convert parts and raw materials into a Buick in just under a day, at the rate of one car per minute. There are only 3,800 human employees at the plant. There are, however, more than 7,200 engineers and technicians next door at the International Technical Development Center. Blue-collar jobs—and some white-collar jobs—are not coming back, but engineering and technical jobs are opening in many areas faster than universities can fill them with qualified graduates.

My answer to parents: Reading, writing, and arithmetic aren't enough anymore. Heavy science and engineering concepts are next, but still not sufficient. New technologies and coding (plus a creative dose of the arts) must be woven into our children's experiences, including—but not limited to—the K-12 curriculum.

New technologies? Which ones?

All of them. Bots, drones, 3D printers, the Web, self-driving cars, just about any technology that's in the news today needs to be examined for its impact on our future. Some technologies, like smaller bots, drones, and 3D printers, are becoming so affordable that schools can acquire devices for hands-on experiments and play, much like the personal computer before them.

Coding? Won't computers program themselves in the future?

I sure hope so, but the code's not the whole point; we need adaptable problem-solvers. More than an immediate job skill, even more than speaking the language of computers, coders have learned an additional set of tools for solving problems.

The jobs of the future are the cyborg jobs, not jobs a computer can do alone. Neither are they the rare jobs that require a uniquely brilliant or talented human. The jobs we want for ourselves and our future generations are those that require a capable, competent, creative human wielding innovative tools and technologies to solve problems we cannot yet imagine.

Some will be coders, some mechanical engineers (programming and building our future robot overlords?), but many will be doctors assisted by machine intelligence for diagnoses and by robotic tools for surgeries, accountants aided by predictive analytics, and entrepreneurs remixing new technology to meet longstanding needs (or to create their own demand).

Not every job will require a college degree, but most jobs may also not look like today's. Guru, Upwork, TaskRabbit, Fiverr, Uber, and AirBnB have turned whole industries upside down. Kickstarter, coding boot camps, and Apple's App Store have spawned new generations of entrepreneurs. Teachers can supplement their incomes by building online courses, and food trucks can build a cult-like following with map apps and social media, without the capital investment of a traditional restaurant.

The only thing that seems consistent in this uncertain age is that those who are good at adapting will survive. Those who can use the latest tools to the greatest advantage, those who can solve problems by combining human ingenuity with the power, scale, and speed of computers will thrive. Develop the skills now to mix the uniqueness of humanity with the ubiquity of computing.

Cyborg jobs are all around us, and they're here to stay. Start building yours today. 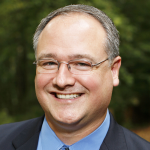