Doc like an Egyptian: Managing project documentation with Sphinx 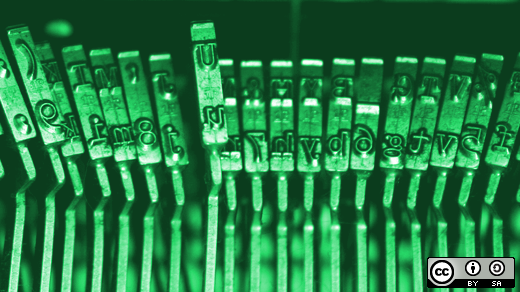 In this interview, she explains how Sphinx is different from other open source solutions, and what kinds of projects should consider migrating their docs.

Why did the PC-BSD, FreeNAS, and Lumina documentation projects move to Sphinx?

Over time, the shortcomings of the wiki approach for maintaining updated and versioned documentation became apparent:

We spent a few years hammering various kludges into our existing wiki infrastructure to convince it to create what we needed: large, versioned, translated documents in various formats. We also spent a good amount of time researching alternatives. While researching, we had these goals in mind:

In our research, we found that barrier of entry tended to be inversely proportional to the quality and number of available output formats.

Sphinx provided a good middle ground in that its syntax is almost as easy to learn as a wiki syntax, it supports integration into existing source repositories, as well as build and translation infrastructures, and it provides decent control over output layout, although that varies upon the format.

What are a couple of the big lessons from migrating to Sphinx?

As an experiment, I first migrated the existing FreeNAS documentation. Since by that point we were maintaining both the wiki and a master OpenOffice document (for generating HTML and PDF), I found a script that converts .odt to .rst (the format used by Sphinx). Having never used either .rst or a Python conf.py before, I spent some time learning how to build an HTML version and experimenting with various themes and extensions. I then spent about a month cleaning up the migrated .rst files, learning as I went how the various tags worked and the best way to layout our documentation tree. As with any migration script, not everything migrated cleanly, which gave me an opportunity to figure out how tables are formatted and which tags controlled which layout.

After that first migration, I had a good understanding of which tags our documentation used, which extensions were useful, and which theme we liked. I then used this knowledge to migrate the PC-BSD documentation. This time I used a different migration script, which did its tags a little differently. This gave me the opportunity to discover tags I hadn't seen before and to decide which ones I liked best in order to standardize between the two documentation projects. The second migration took less than a week. By the time we had a need for the Lumina documentation project, I created it directly using Sphinx and it took less than an hour to set up the documentation tree, the build infrastructure, themes, and extensions so that I could start writing docs from scratch.

Having gone through this process, I would recommend the following:

How is Sphinx different from other open source solutions?

While Sphinx is easy to learn, it does have its quirks. For example, it does not support stacked tags. This means, for example, you can not bold italic a phrase using tags—to achieve that requires a CSS workaround. And, while Sphinx does have extensive documentation, a lot of it assumes you already know what you are doing. When you don't, it can be difficult to find an example that does what you are trying to achieve.

Sphinx is well suited for projects with an existing repository—say, on github—a build infrastructure, and contributors who are comfortable with using text editors and committing to the repo (or creating, say, git pull requests).

For those projects who want control over the look and feel of their documentation beyond the built-in or available themes, access to a CSS guru is useful.

It is probably overkill for projects with a small documentation set that does not need version control, translations, or multiple published formats.

Which project stand out as having exceptional documentation? And which ones would benefit from a documentation overhaul?

Having been responsible for documentation for many years, I'm hesitant to point to good and bad examples of documentation. Documentation, for any project, is hard and time-consuming. Software is a moving target and software users range in their skill set and, therefore, have widely different documentation needs. In this respect, no documentation is ever finished—or truly up-to-date—and that is just the nature of the documentation game. The best we can do is try to make it easy, and compelling, for contributors to assist in keeping the documentation up-to-date, useful, and in the languages and formats that the software's usersbase requires.

I have a vision: 2016 will be the Year of the Open Source Haiku. What's your documentation advice, given via haiku?

All the shiny new
docs, glistening like the tops
of the pyramids.

What to read next
Tags
Business
SCaLE
Documentation
Rikki Endsley