About 18 months ago, I came upon Etcher.io, a great open source project that allows easy and foolproof media creation on Linux, Windows, or MacOS. Etcher.io has become my "go-to" application for creating bootable media for Linux. I can easily download ISO or IMG files and burn them to flash drives and SD cards. It's an open source project licensed under Apache 2.0, and the source code is available on GitHub. 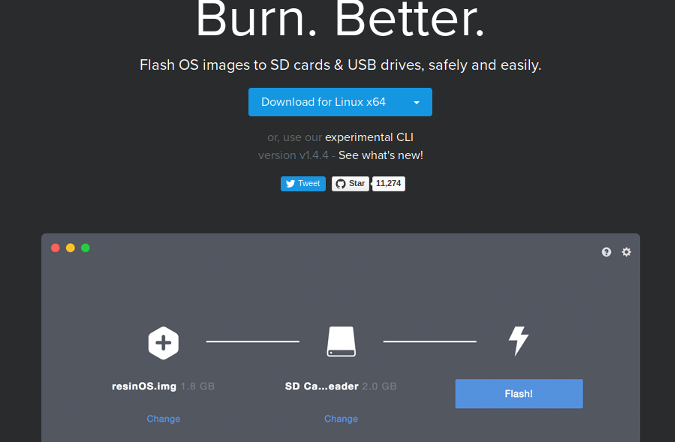 What to read next
Tags
Linux
Art and design
Don Watkins