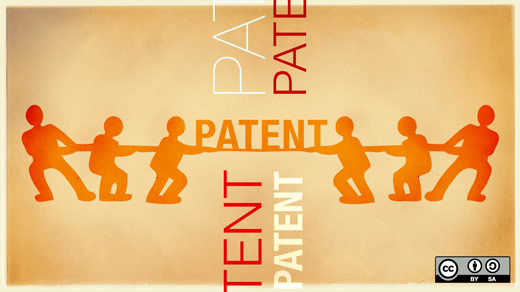 It bothers many of us everytime we hear about yet another non-obvious, overreaching, and abusive patent—particularly a software patent that is getting in the way of innovation and creativity. Additionally, there is an overwhelming sense of frustration when a regular citizen can't do much to change the current, sad state of affairs.

There is however, at our reach, a tool that can change it all: defensive patent publications. Any one can submit one to the US Patent Office to officially establish the existence of prior art in any field.

A defensive publication makes it clear that the idea is currently known to a "person having ordinary skill in the art", PHOSITA, and is a formal way of establishing prior art in such a way that the patent office will not award future patents for inventions on that pre-existing idea. Defensive patent publications are very easy to write, usually only about two pages long, and are not subject to the requirements that the idea has to be new, useful, or non-obvious. On the contrary, the publication is stating that the idea is a trivial one for a person with background in the field.

In Fall 2012, the Linux Defenders, from the Open Invention Network (OIN), teamed with the students of the Open Source Software Practices class at Rensselaer Polytechnic Institute (in Troy, NY) to write a set of defensive patent publications.

The students in the class first went through four lectures on the history and nature of patents, one of them given directly by Andrea Casillas, director of the Linux Defenders program at OIN. After this training, each one of the students wrote a defensive patent publication on a topic close to a class project that they were already working on.

Members of OIN guided the students at every step of the process, providing instructions on how to write the publications and leading them to the finished product that was ready to be submitted to the US Patent Office.

The topics were very diverse, including for example:

The exercise was done as a homework assignment and only took two days. From a group of 27 students, this exercise resulted in 14 defensive patent publications actually being submitted to the US Patent Office through the IP.com system.

Coursework in colleges and universities

We advance that we could scale this approach to all the Computer Science and Software Engineering college programs in the country, by encouraging or requiring that engineering students do at least one defensive patent publication in the topic of their major during their college training.

This form of community service would achieve a dual purpose:

This action of self-defense requires a very low level of effort and can scale to have major influence in curtailing the damaging affects of the floods of trivial patents that the US Patent Office is awarding every year. Also, it is an active way of protecting the public domain, making it possible for the next generation to have a space in which they can cultivate innovation and creativity.

Interesting post! I briefly searched the European Patent Office (http://www.epo.org) if such defensive patent registration is possible but could not find anything.

Wired is running a series on a Fix to the Patent system (http://www.wired.com/opinion/category/the-patent-fix/)

Here is one of the recent posts:
http://www.wired.com/opinion/2013/02/nuclear-deterrence-for-patents-lets-create-a-network-of-defensive-patents/

President Obama on Patents in a Google+ Hangout

Published on Feb 21, 2013
President Obama responds to a question in a Google+ Hangout to discuss his State of the Union Address. Watch the full hangout: http://youtu.be/kp_zigxMS-Y

What about an existing patent that never should have been issued due to prior art, published, in english, a decade beforehand?
Is there an inexpensive way to draw into the attention of the eyes of the USA patent office the published prior art?

Thanks for considering this,

Once a Patent has been awarded, it is quite expensive to make it invalid. It is possible, but it demands time and dedication, hence resources.

It is much easier to work in advance on Defensive Publications, because they made it into the database that patent examiners must search when looking for Prior Art.

I write what I want on my keyboard.

I do not have to "search for prior art".

You are right on the first account,
The action of writing code does not infringe on Patents.

Unfortunately, you are not correct on the second account.
Strictly speaking, one "should search for prior art".

But...in practice, there are so many patents, they are so general and are written in such a convoluted manner, that searching for prior art, even when done with the best of intentions, is a futile exercise.

Note that the action of compiling and linking an executable, and combining it with a computer, (under the current legal precedents) can infringe on a Patent.

Patents provide an exclusive Monopoly on the rights to:

an invention that is

Rulings for the Court of Appeals of the Federal Circuit have made the interpretation that the combination of software with a general purpose computer results in a special purpose machine, and through that reasoning, they have made out of software a patentable subject matter.

The solution on that front is for the US Supreme Court to intervene or for Congress to clarify. Since Congress never approved Software as Patentable subject matter (nor Business models BTW).

In the meantime, the best that we mere mortal, ordinary citizens can do is to write these 2-pages Defensive Publications, to prevent obvious fields from being removed from the public domain by upcoming Patents.

"Note that the action of compiling and linking an executable, and combining it with a computer, (under the current legal precedents) can infringe on a Patent."

Sorry, but when I give instructions to a machine, it involves that the machine follows what I told her to do.

Freedom of expression is not limited to "source code on a piece of paper."

And creating executable is just a mathematical transformation of information, I can do it with a pen and paper and produce the binary myself without a computer.

Patent attorneys do not understand that, when programmers wants to respect patent law, they ***have to*** restrict their freedom of expression. And that is not constitutional for sure.