Confessions of a systems librarian

I decided to become a librarian after my undergraduate because I liked working with computers and the job seemed easy. A friend who’d already taken the plunge enlisted me, telling me how technological libraries had become, which I guess made sense. I knew computers had replaced the old card catalogues, but what caught me by surprise when I started my Master's in Library and Information Science degree—other than the fact that it was by no means an easy—was how ubiquitous technology had become in libraries.

A modern library is as reliant on information systems as any organization. In fact, there’s even a professional class of librarian known as a systems librarians who are responsible for maintaining and—these days largely via open source technology—building these systems.

As the information world has migrated from printed to digital media, libraries have migrated right along with it. Technology is being brought right into the forefront of what we do. Examples of this include the the Evergreen Integrated Library System, which is a library “catalog." This is an amazingly complicated system that can manage the purchasing, inventorying, indexing, cataloging, and circulation of literally millions of books housed in hundreds of libraries scattered across an entire province or state.

Georgia's PINES (Public Information Network for Electronic Services) connects together 275 libraries scattered across the entire state via Evergreen. It can also manage the booking of rooms, the use of remote self-check machines, allow automated search and retrieval, as well as support RSS and schema.org standards. All of this is provided by open source software developed predominantly in libraries and predominantly by librarians.

Libraries also contribute to the world of repositories and content management. The Islandora repository system—created by the University of Prince Edward Island’s library—is used by organizations all over the world to manage data repositories. Users include the Smithsonian and DuraSpace.

These are just two examples of serious flagship projects, but even on a day-to-day level there are plenty of opportunities for systems librarians to interact with open source software. A large amount of vendor software runs on Linux, so there’s plenty of systems administration to do. I work in a relatively small library, and even here we run five Drupal websites: one as a portal for library services, one as the primary repository for our archive, another provides the public interface for an aboriginal research center, and one to manage safety information for our bio sciences lab.

In addition to the Drupal websites, we run our own Wikimedia server, help desk ticketing system, and proxy server to manage off-site library access—and this is in perhaps the smallest university library in Canada.

Even in a small library I've had opportunities to use open source to help scholars with their research. Currently I’m working with an English professor to develop custom Drupal modules to help him manage his research. We hope to have something to release to the wider Drupal community later this year.

The adoption of open source by the library community is still a work in progress. Open source has really hit the library community hard, fundamentally changing the landscape and causing the profession to really examine how it wants to position itself in the information economy. More traditional library management arrangements see the systems librarian as simply someone who interacts with vendors. Traditionally, many of the systems in the library were purchased as proprietary software from vendors. The emphasis was on negotiating, contract vetting and budgeting skills, and those were the skills you could expect to receive in your automated systems class.

What to read next
Tags
Education
Careers
Robin Isard 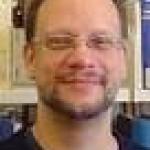 Robin Isard | Robin started his library career working at the Washington DC public library as Head of Intranet Development. Following that, he lived many years overseas, primarily in West Africa building IT infrastructure in The Republic of the Gambia, Sierra Leone, Guinea Bissau and Guinea Conakry.
More about me