The battle for Open Standards in Europe

Today, people and groups around the world are celebrating Document Freedom Day. This is an international day to raise awareness of Open Standards and free document formats. As the event takes place for the third time, the previous focus on the OpenDocument Format (ODF) is broadening to include other free formats such as Ogg.

Vorbis, and Open Standards in general.

Standards have the reputation of being a dry topic. But Document Freedom Day is inspiring lots of passion and creativity around the world. Volunteer groups from the Free Software scene are using this international day to draw their communities' attention to a topic that most people outside the technology world hardly ever think about.

The campaign is coordinated by the Free Software Foundation Europe, but the passion and effort in cities around the world are local. In Romania's capital, Bucharest, a group of activists visited a number of government buildings, each time telling the authorities that "I can't read your documents". In South Africa, the Department of Arts and Culture is holding a celebratory hour. In Buenos Aires, Argentina, eight organizations are organizing an evening of information and discussion about Open Standards. In many countries, as in Vietnam, local groups are setting up information campaigns in universities and elsewhere.

Cakes appear to be a particular favourite. FSFE groups are awarding two of them to German and Austrian radio stations that offer their streams in Ogg Vorbis. A third one goes to the Slovenian Supreme Court, which has adopted ODF as its default document format.

1 Spreading, but not without a fight

Over the past years, numerous countries [pdf] have adopted policies on Open Standards. The Netherlands lead the way, by mandating that public bodies use Free Software and Open Standards from May 2008. Many others have followed, such as South Africa, Japan, Brazil and a number of European countries.

Denmark is the latest nation to join the group, requiring its public bodies to start using ODF for its documents from April 2011. There are differences between all these policies, and they are being implemented with varying degrees of success. But the direction is clear: The public sector is moving to Open Standards. Not without a fight, though.

2 Europe in the lead

It is striking that out of 11 out of 18 countries that have adopted ODF for their public sector (according to the ODF Alliance) are in Europe. While multiple factors are involved here, such as relatively high market shares for Free Software, one element is crucial.

In 2004, the European Commission issued a recommendation known as the European Interoperability Framework (EIF). The document's stated goal is to promote interoperability between public bodies in Europe, with a view to delivering "pan-European eGovernment services".The EIF's means of choice are Open Standards and Free Software. Crucially, the text contained a relatively strong definition of what an Open Standard is.

The European Commission complemented the EIF recommendation with the OSOR project. The not-so-snappily titled "Open Source Observatory and Repository" quickly became a central platform for public bodies across Europe to learn from each other about their experiences with Free Software and Open Standards. The portal also allows public bodies to upload and share Free Software which they have developed themselves.

[Disclosure: From late 2006 to mid-2009, I worked for a contractor of the OSOR project, UNU-MERIT. One of my tasks with OSOR was to write case studies about the use of Free Software and Open Standards in the European public sector.]

3 Diverging views in the European Commission

Beyond the OSOR project, different parts of the European Commission have very different views on Open Standards. The Informatics department, responsible for the Commission's internal IT systems, has long relied on framework contracts with Microsoft. In an ironic twist, the unit running the OSOR project is currently a part of this department.

On the other hand, the (now former) competition Commissioner Neelie Kroes went out of her way to highlight the importance of Open Standards. During an event on June 10, 2008 she remarked:

As purchasers, we need to be smart when we buy technology. We need to be aware of the long term costs of lock-in: you are often locked-in to subsequent generations of that technology. There can also be spill-over effects where you get locked in to other products and services provided by that vendor. That is just bad purchasing.

But there is more to this than ensuring our commercial decisions are taken in full knowledge of their long term effects. There is a democratic issue as well.

Right ahead of Document Freedom Day, those tensions are coming to a head. The Commission is developing two very different draft documents that will have a profound effect on the use and spread of Open Standards and Free Software in Europe, and possibly elsewhere.

The European Interoperability Framework (EIF) is currently being revised. The process to update this key document started in 2006, with a public consultation held in the summer of 2008. The document which the EC presented for comments still contained a strong definition of Open Standards, and gave Free Software a crucial role in providing interoperability in the public sector.

After the public consultation, EIF version 2 disappeared into the dark interior of the EC. Since then, two drafts have leaked: One in November 2009, and one in mid-March 2010. Astonishingly, these drafts no longer contain a definition of Open Standards. Free Software as an enabler of interoperability has virtually disappeared. This reflects the comments made by the Business Software Alliance, a Microsoft-backed lobby group. FSFE maintains a comparison page, showing how key parts of the text have evolved since the consultation process.

FSFE and other groups have highlighted both the substantial problems of the text, and the lack of transparency of the process in which it was created. Confronted with the latest draft, we are now asking the Commission to go back to the drawing board, and start over based on the consultation draft from Summer 2008. In its present form, the text would only cement the status quo.

The second document at the center of current debates is the "Digital Agenda". This is a relatively short text, setting out the Commission's policy on all things digital for the coming five years. It is prepared by the Information Society department, which Neelie Kroes is now heading. Though the document hasn't been published officially, the parts concerning Open Standards are available here.

According to this Digital Agenda, the European Commission would "issue a recommendation to streamline the use of Open Standards in public services and public procurement". It would also "[u]pdate the European Interoperability Framework to promote an open approach to technology and interoperability".

Both things would be very good for European citizens and their public authorities, since they would increase the use of Open Standards and, as a consequence, Free Software. So it is no surprise that there is now a fierce lobbying battle raging around the text, since it would make life a bit more difficult for the companies that currently dominate the software market with their proprietary applications.

Yet the Digital Agenda is under attack from another angle as well. It calls for a reform of the European standardization system, so that standards coming out of ICT fora and consortia such as OASIS would be recognized. This sits very badly with those departments of the EC that are currently in charge of standardization: Enterprise and Internal Market. To them, this agenda threatens to take away part of their portfolio and power. Incidentally, those two departments also don't think that recognizing standards prepared in ICT fora and consortia is a good idea.

These issues are moving quickly, with new developments and rumors coming out of the European Commission almost every day. Together with other groups, FSFE is working hard to preserve the Digital Agenda's push for Open Standards.

6 DFD worldwide - you're not alone

All this shows that the gains that Open Standards have made can't be taken for granted. Lobbyists for proprietary software companies are chipping away at them every day, exploiting internal differences within the European Commission as they go.

Incidentally, an Italian court ruled yesterday that public authorities in Italy's Piedmont region can legally maintain a preference for Free Software in their purchasing decisions. The court considered that such a requirement refers to a characteristic of the software, rather than to a specific product or technology.

This should give a further boost to public bodies that want to use Free Software and Open Standards. It should also remove an obstacle for those that are interested, but haven't yet made the jump.

In this context, Document Freedom Day is a day of hope. It shows that people around the world are passionate about Open Standards, Free Software, and the freedom to use technology as they wish. Governments in Europe and elsewhere should take note. 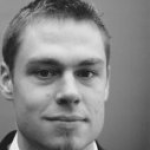