ODF: Setting the standard for office documents in the public sector

With Document Freedom Day 2010 approaching, this is a good opportunity to consider the reasons why the public sector has increasingly opted for ODF, the document freedom that it enables, and why ODF is an essential feature of any “open” eGovernment strategy.

Historically, electronic documents and the file formats in which they are encoded – you've heard of the more common ones these days, such as .doc. .pdf. .wpd and, in the case of the OpenDocument Format (ODF), .odt for text documents – were closely linked to the application in which they were created. Each word-processing application had its own file format, making document exchange and collaboration between users of different office applications (or even between different versions of the same application!) next to impossible.

We have dozens of legacy formats from this era, many of which we can no longer access. Governments cope with this problem today whenever they try but are unable to load old documents – some only five, ten, fifteen years old – the “digital amnesia” that so concerns government record-keepers, archivists and historians. With Document Freedom Day 2010 approaching, this is a good opportunity to consider the reasons why the public sector has increasingly opted for ODF, the document freedom that it enables, and why ODF is an essential feature of any “open” eGovernment strategy.

Let's consider the reasons why governments around the world are adopting an open standards, ODF-based approach to address these and other challenges.

Avoiding lock-in. Lock-in at the format level remains the single biggest impediment to genuine customer choice in office suite applications. To be sure, some vendors have tried to master the Microsoft file formats – .doc, .xls, .ppt – through software reverse engineering, but writing an implementation to reliably support the Microsoft file formats has rightfully been compared to “hitting a moving target in the dark.” In addition, Microsoft has periodically tweaked these formats, leaving other vendors guessing and at a significant disadvantage in terms of time-to-market. Consumers, enterprises and governments have remained on an upgrade treadmill ever since. ODF has presented governments with a real opportunity to avoid lock-in at the format level, and they are determined to jump off this treadmill once and for all.

Thinking beyond the desktop. The Internet has been a game-changer by enabling new models, including open source development models. Where there was once little or no choice or innovation in this segment of the market, there is now a proliferation of word-processing applications – OpenOffice, KOffice, Symphony, AbiWord – to name a few on the desktop. Web-based and mobile applications have emerged, among them Google Docs, Zoho and Adobe Buzzword. ODF enjoys near universal support in office applications, and with the dominant desktop paradigm fast approaching an end, governments around the world are availing themselves of these and other ODF-supporting alternative applications that are in tune with the mobile age.

Ensuring long-term access. Public information locked in a proprietary format that is accessible to users of one brand of software is becoming increasingly unacceptable to governments. Many of them, including the Obama Administration in the U.S. and the UK government, have launched policy initiatives requiring government agencies to make information available in open formats. For document-centric governments, an open document format remains essential to delivering on the promise of open government data.

Saving money. IT budgets are tight these days. It should come as good news to governments that migrating to ODF-supporting office applications resulted in estimated savings of 25 to 95 percent in software costs. The metric used was a period of 5 years. Costs analyses often look only at a short period of time or maybe even just as a one-time “cost”. The long-term view is critical. Demanding and using an open format that can be used in various software products and operating systems will lead to a more competitive market and thus bring down prices. Fortunately this segment is becoming rapidly commoditized, with prices being driven downwards and eventually towards zero. If in the next few years you are paying anything at all for office productivity tools, you've probably paid too much.

Creating meaningful documents. The new metadata support in ODF v 1.2, the latest version which is currently out for public review, makes it simple to produce “smart” documents with advanced searchability and resusability of information. ODF 1.2 utilizes an RDFa-based metadata framework which is at the core of the W3C's “Semantic Web” project, an attempt to create a web of so-called linked data. This metadata support in ODF will enable the development of tools to provide access to the “data” inside a stand-alone ODF document/file.

Enabling interoperability. There are already many ODF implementations – desktop and web-based, both proprietary and open source – with very good if not 100% perfect interoperability. Through initiatives such as the ODF Plugfest, where ODF support is tested in real-world, collaborative scenarios, vendors and ODF-supporting governments have made a demonstrable commitment of their support for continuous improvement with regard to ODF interoperability.

The rise of ODF and demand on the part of governments for “openness” in formats and interoperability of applications has coincided – not coincidentally in my view – with a surge in offerings (desktop, web-based, mobile) in the office productivity space, providing the public sector for the first time in recent memory with greater choice and potential cost savings. It is no wonder that more governments are jumping on the ODF bandwagon. 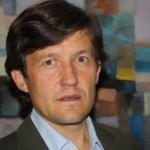 Marino Marcich led the OpenDocument Format Alliance (ODF Alliance) from March 2006 to February 2009, where he was responsible for promoting ODF's adoption and use in the public sector. Previously, Marino worked for over a decade at the cross-section of trade, technology and standards development.
More about me