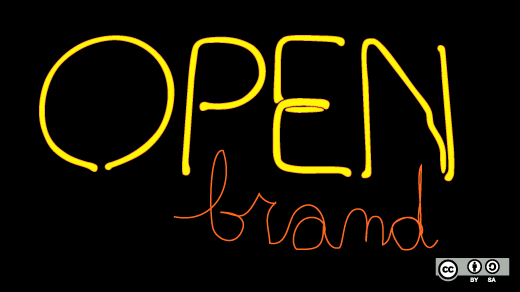 CityCamp is an international unconference series and online community dedicated to innovation for municipal governments and community organizations. It didn't start out that way. CityCamp started as a one-off event, literally from a tweet. That event turned out to be a success beyond expectations. People came from all over the U.S., Canada, and the United Kingdom. For two days at the University of Illinois, Chicago Innovation Center, more than a hundred people worked through this fledgling idea of using the web as a platform for local government and community action. As it turned out, people had been practicing local "Gov 2.0" for years, but it seemed like little to nothing connected the community of practice that would soon form.

After the first CityCamp was over, there were scarce intentions of doing anything more. I had to get back to my company, Bridgeborn, and CityCamp co-founder Jennifer Pahlka was just about to launch Code for America. We encouraged participants to copy and learn from our event, just as we had done from others, and take CityCamp back to where they lived. In Washington, D.C., organizers did just that. D.C. has a vibrant network of social entrepreneurs, civic hacktivists, and grass roots organizers who know how to do unconferences. In fact, two D.C. events directly inspired and influenced CityCamp: Transparency Camp and Gov 2.0 Camp.  But CityCamp D.C. was the only other event after the inaugural.

Meanwhile, the online community of CityCamp thrived. The #citycamp hashtag was being used to link tweets, photographs, and blog posts to this propagating idea of CityCamp. Conversations continued on a public forum hosted by e-democracy.org. Eventually people were asking when the next CityCamp would happen. Others wrote me to ask if I could help them start CityCamp where they live. As much as I wanted to, I really couldn't. Or, at least, I didn't know how I could. We invested many hours over three months and had major support from friends to pull off the first CityCamp. There was no way CityCamp would scale this way. What we needed was a pattern everyone could follow.

Once there was a vibrant network around CityCamp, uncovering that pattern was not too difficult.  Our friends at iStrategyLabs had literally written the book on how they run unconferences, like PubMediaCamp. Our friends at O'Reilly shared their experience developing the popular Ignite series and pointed to TEDx as one model for creating a license around an event. Finally, GovFresh stepped in, offering to create a brand for CityCamp and provide some hosting. That's when it all clicked into place: CityCamp would become an "open source brand."

CityCamp is an "open source brand" that exists in the Creative Commons. Open source ensures that CityCamp is maintained as a pattern that is easily repeatable and for anyone to use. Branding ensures that the pattern is recognizable and that independent organizers don’t misrepresent CityCamp. No one organization will own CityCamp. Instead it will be maintained by the CityCamp community supported by a cadre of local community organizers.

GovFresh founder, Luke Fretwell, and I worked furiously for weeks via Skype on content and syndication platforms, look-and-feel, messaging, instructions, goals, and simple rules. We created a WordPress theme and published it. We chose a Creative Commons license and put everything about CityCamp under that license.

Since we launched "CityCamp 2.0" on August 11, 2010, ten CityCamps have happened internationally and more are planned. These events have had significant impact on local government in host cities and beyond. CityCamp London started the movement in the U.K. and immediately had a positive impact on the whole model. After London it became "Stimulate. Participate. Collaborate. Repeat."

Brighton picked up on that model and hosted an event that streamed video of national and local officials engaged in panel discussions with participants. In Colorado, we published the Local Open Government Directive template, modeled after the Obama administration's Open Government Directive. This is a document any municipality can use to draft open government policy. Cook County, Illinois recently cited the LOGD in their open government strategy. San Francisco has linked CityCamp with other organizations to promote the local Gov 2.0 movement in mayoral politics. There have been two CityCamps in Russia. The e-democracy forum has 266 members and is active daily. The Facebook fan page has 1,090 fans, and 867 follow @CityCamp on Twitter.

CityCamp isn’t just about meeting and talking, though these are important. CityCamp is also serious about taking action. Goal #4 is "Create outcomes that participants will act upon after the event is over." But you don’t have to wait for a CityCamp to come to you. Here are four things you can do now if you like the idea of CityCamp and want to get involved:

Kevin Curry - Kevin is a native of Virginia Beach, Virginia, where he currently lives with his wife and daughter. He is twice graduated from Virginia Tech; with a Bachelor of Arts degree in History (‘92) and a Master of Science degree in Computer Science and Applications (‘99). Kevin is a co-founder and Chief Scientist of Bridgeborn, Inc., a small business providing information technology services, operational support, policy guidance, and research. Kevin is also a co-founder of CityCamp, an international “...
More about me