Solution to duplication in government: a new RFP (request for partnership) 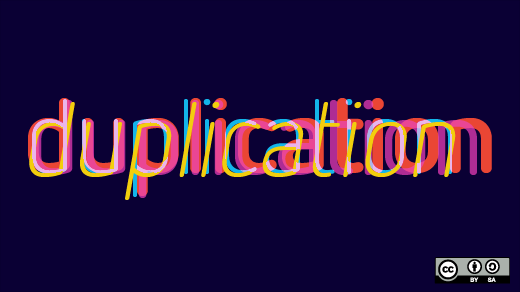 Should your government consider a "request for partnership" to prevent duplication and save tax-payer dollars in IT?

If you’re familiar with any type of government procurement process, it usually involves an RFP—a request for proposal. But today, with declining revenues and limited resources, the approach to partnerships and getting work done may change within government in the near future. I forsee a shift from the traditional RFP process to a request for partnership.

The new RFP in government: Request for partnership

I envision a future where city, town, and county governments will start to pool their money and resources for IT projects. Why build a new data portal, ERP (Enterprise Resource Planning) platform, or any other project that is specific for just one government entity? We're wasting taxpayer dollars by duplicating these efforts because of political boundaries. And in many cases, these projects have similar requirements. It’s all about control, but as citizens, we need to start recognizing this waste and encourage our government to start looking for partnerships in IT rather than duplicating the same systems over and over.

Open source offers a great solution to this duplication. If one city, town, or county deploys an open source solution, then other towns can reuse that project. Eventually, we can have open source development and support communities around these projects. Look at how the private sector develops and uses open source. Resources from a variety of companies create projects like Linux. No one company owns Linux, but there is a strong community around it. There is no reason why our government shouldn’t replicate the open source process and break down the traditional political barriers that are driving up IT costs for innovative projects.

A great example of this is happening in North Carolina. A regional initiative focused on stimulating the deployment of next generation broadband networks essetially aims to create a high-speed fiber optic network. The partnership is called GIG-U/North Carolina Next Generation Network and includes organizations such as NC State, Duke, UNC, Wake Forest, Carrbaro, Cary, Chapel Hill, Durham, Raleigh, and Winson-Salem. The partners put out an RFP in February 2013 and got eight, quality responses. They are currently in the second round of reviewing proposals and are preparing for a roll-out in 2014. The partnership was recently awarded the National Association of Telecommunications Officers and Advisors (NATOA) 2013 Community Broadband Project of the Year award.

A future where our government entities are looking to partner with one another would not only save taxpayer dollars, but it would help enhance the citizen experience. Cities and towns with limited IT resources could take advantage of open source solutions already deployed. Now, we just need some of our elected officials and IT departments to realize the advantage of the new RFP (request for partnership) and begin discovering the partnerships that will reshape the government IT landscape.

Do you have examples from your community where partnerships like this are being formed?

Adapted from The foundation for an open source city, © 2013 Jason Hibbets, published under a Creative Commons Attribution-ShareAlike 3.0 Unported license, available at www.theopensourcecity.com

The poll, Should your government consider a "request for partnership" to prevent duplication and save tax-payer dollars in IT?, associated with this article is the original work of Jason Hibbets and is licensed under Creative Commons Attribution-ShareAlike 3.0 Unported (CC BY-SA 3.0). Attributions: Jason Hibbets, opensource.com

Jason Hibbets - Jason Hibbets is a senior community architect at Red Hat which means he is a mash-up of a community manager and project manager. His current role involves building community interest for #EnableSysadmin--a watering hole for system administrators. He is the author of The foundation for an open source city and has been with Red Hat since 2003. Follow him...
More about me

Interesting concept, an ecosystem around a shared project and or solution with the ability to partner up and share experience and knowledge.

Something similar has taken shape recently in the Netherlands (Europe) based at pleio.nl. Translated to English, it is called Government Square. It's a community platform based on open source Elgg. Any government organisation can start a subsite/group around a certain topic, and work with other government organisations on projects of any sort.

The site (pleio.nl) requires a login, and is in Dutch. If anyone is interested, I might be able to provide more info in English. Just drop a comment here.

Pretty interesting concept. This shift is required howerver, do politicians ready for it?

I think this is going to depend on each government entity. I think as smaller communities start to feel the pinch of really doing more with less, that a request for partnership is a viable solution. The challenge? Giving up power. (That should have been my poll questions.) Politicians do not want to give up "power" even though the community they represent may benefit in the long-run.

Great concept however one is dealing with huge, slow-moving, bureaucratic organizations. The process can't change overnight.

Partnerships are key to success.

I have created innovative open source-based solutions at 2-5% the cost of commercial systems. However, budgets were cut so a cut to a small, efficient project nearly kills it but a large project can sustain it.

Hi Wade,
I absolutely have no expectation that this is something that will change over night. But if we can start having this conversation, then maybe we can reduce the time for change to happen.

I've heard stories where IT departments have saved money through partnerships and were able to found other projects. We need more of these stories out there.

Thanks for chiming in.

The first consideration in all these new technology initiatives has to be a concern for privacy and civil liberties, regardless of ANY perceived benefit. When taken to its logical conclusion this would result in one large database for every government agency to access - the potential for illicit and/or illegal datamining in that scenario is huge and outweighs any benefits. We've already seen the IRS sharing data, illegally, with political operatives of elected officials. Expanding the potential for more misuse of data hardly seems like a good thing.

I disagree with your data argument but agree that privacy should be the first call of duty. True open data is sanitized and removes personal connections so I don't have a big concern over that.

This article is more about finding a way to consolidate technical efforts across government with smaller budgets...think counties, local municipalities, etc, that don't have robust IT staff like larger metropolitan areas. If those organizations can pool resources together to improve the citizen experience, then I think we're all better off. Data issues aside, we're already seeing evidence of this happening.

I think the acquisition process, especially in the federal government, is a huge part of the problem for software projects. The government has not been able to readily adopt software's nimble and agile development processes. Release cycles take months to process, and each release goes through security accreditation after it has been delivered, which means that if any security issues are identified, it has to go all the way back to development with a brand new release!

We have different structures collaborating on projects in Quebec, Canada. It is seen mainly in structures that are not competing on a given market. I am not just talking about Public agencies but also Associations and Federations. Schoolboards are being introduced to the concept and are a forge is being installed to facilitate collaboration.
Why reinventing the wheel if something similar has already been developed and paid for with public money?
In my opinion before publishing RFPs gvt agencies should :
1 - find out if something similar already exists in another agency;
2 - find out if other agencies have the same needs in which case a joint RFP could be considered.

In the UK the Government Digital Service agency has upended the IT process across several national agencies. It took a willingness to engage and to rethink the role of government. The UK national government has been transformed by these 200 staffers. If it can happen in the UK, it can happen here. We need people that can tell us how it can be done versus why it can't.