The term "Open Government" (OG, hereafter) has been used since the 70s to refer to the effort to reduce bureaucratic opacity and open up governments to public scrutiny. Current notions of OG are thus the result of more than four decades of endeavours to increase the transparency of government actions. These efforts materialized mainly in the enactment of legislation on access to information, privacy, data protection and administrative procedures, and by creating ombudsman offices and supreme audit institutions.

In recent years a new vision of OG has spread, that understand it "as a new linchpin in efforts to improve government capacity and modernize public administration based on the principles of transparency [...], participation and collaboration." It was, in fact, Barack Obama who popularized these three principles in early 2009 when, on his first day as president, issued a Memorandum on Transparency and Open Government which stated:

Obama placed OG in the center of his executive agenda and, leading by example, transmitted his enthusiasm for openness to governments and organizations all around the world, which are currently developing a myriad of OG initiatives. Of particular significance is the Open Government Partnership that, launched by eight countries in September 2011, is integrated today by 58 countries. All of them have pledged to increase governmental openness and have established its own action plan detailing specific commitments.

However, Obama’s memorandum had also negative consequences: it contributed to extend a superficial and inaccurate understanding of OG, as something consisting of three successive pillars (transparency, participation and collaboration) with a growing complexity and importance. The first limitation of this OG’s conceptualization is that it presents as different two concepts which, in fact, cannot be conceived separately: participation is collaboration, collaboration is participation, or they are nothing. Attempts to draw a clear boundary between the two are fairly arbitrary and artificial.

So much so that many OG experts and promoters are unable to clearly explain the differences between the two, or the reasons why participation should precede collaboration. It is also remarkable the lack of agreement on what tools or activities constitute each of them, eg: the use of social networks strengthens the participatory or the collaborative dimension of an OG strategy? The answer depends entirely on the resource consulted.

Most of the studies and research on OG developed so far have assumed this conceptual triad to a greater or lesser degree. The same is true regarding benchmarking models, implementation models and even the very OG initiatives and strategies. Typically, these resources only provide detailed guidance for the subject of Open Data, which is often equated with the level of "transparency", while the other two levels remain in a limbo of conceptual vagueness.

This is where the second issue originates: by conceiving OG as something that starts with transparency and gradually matures into the stages of participation and collaboration, governments can stand as champions of OG even when they are just promoting Open Data initiatives, which do not represent a substantive change in the way governments act or interact with the citizens. Escalating to the higher levels of OG would require a renewal of the mindset, habits and organizational models of public administrations and political bodies, and both are institutions which traditionally dislike novelties and risks. Thus, much of the actions taken so far have focused on the level of transparency. Government information and databases have been published in open and machine readable formats with the hope that applications will be built that make a socially beneficial use of the data.

However, transparency and open data do not add value by themselves (Swartz 2010), as they have an instrumental function: they provide the foundation on which to establish the accountability of public institutions and the collaboration with all kinds of stakeholders. If transparency is not accompanied by participation and accountability activities, its usefulness is limited. Probably this is the reason why the initiative OpenGov Standards and a growing number of academics and professionals prefer a different set of pillars to found OG, namely participation, accountability, and transparency.

One of the reasons that have hindered the development of OG initiatives "that go beyond transparency" has been this lack of a solid conceptual basis. It is necessary to improve our understanding of OG dimensions and their relations with each other, before we can firmly promote the development of OG.

To contribute to this effort to deepen our conceptual basis, I am working with Álvaro Ramírez-Alujas, a researcher at GIGAPP and one of the foremost experts on Open Government, to write a paper that focuses on the analysis of "Collaborative Participation," or Participation.

My next posts will present our preliminary work, so you all can contribute to improve it further. We will present, in particular, what we call Participation Schemas, a conceptual model for the analysis of participation that also provides a powerful and flexible tool to communicate, design and evaluate participatory initiatives. 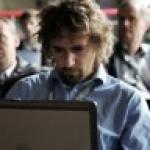 Pedro is the founding president of the Asociación Ciudades Kyosei, a civic organization which aims to foster Civic Engagement by means of ICT technologies. The association, founded in 2006, is the oldest Spanish NGO devoted to the promotion of e-Participation.
More about me