A cure for the common troll 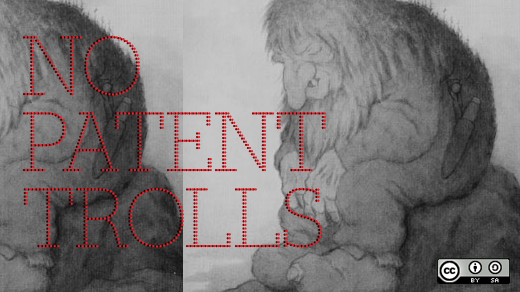 Our bridge into the 21st Century presently houses a nasty creature who demands a toll from the best and brightest in our community. The dreaded troll is a regular denizen of our current system of patent enforcement and he poses serious problems for technology companies. Despite the great expense of patent litigation, trolls are filing increasing numbers of patent suits aimed at technology companies, and particularly aimed at software and related areas of commerce. Their club of choice is the broad, complex, and vague patent claim. There are several means at our disposal, most of which are based on known mechanisms from other areas of the law, for dealing with these trolls, or more diplomatically, these "non-practicing entities."

There have been some efforts to address the troll issue over the last decade or so. The America Invents Act together with the yeoman work of Director David Kappos, brought the U.S. Patent and Trade Office into the 21st century. But those improvements only address half the equation – the prosecution and grant of patent rights. The AIPA minimally addressed enforcement and troll issues, only precluding joinder of defendants unrelated but for a common troll affliction.

Tech companies in certain sectors, particularly those who develop or support Internet-related software, enter a market sector mined with hundreds of thousands of patents. It simply is not feasible for a company to review and clear the field of potentially relevant patents when launching a new technology venture in these sectors.

For example, our patent enforcement system is retarding progression of the Internet and corresponding business growth. The Internet created an entire new and worldwide industry and revitalized old industries. It was largely the brainchild of and continues to flourish in the United States, yet we have also given birth to these trolls who harass and obstruct companies that continue to push innovation on the net.

With the current state of data analytics, parallel processing capabilities, the increasing connectivity of users to the web via mobile devices, and the forthcoming rollout of countless new Internet start-ups, we should be rapidly entering into a new paradigm of a smart Internet, where the most relevant information at any given time finds you.

Unfortunately, much of the relevant Internet foundation technology is infested with patent trolls. Patent trolls are a problem in many technology sectors, not just the Internet, and trolls are multiplying by the dozens.

Some trolls are simply patent-holding litigation entities controlled by trial attorneys that know a good "business" opportunity. Others are owned by business venture capitalists. It is a simple model – an arguably infringed patent can often be purchased for thousands or tens of thousands of dollars.

Since it typically costs hundreds of thousands to millions of dollars to defend against claims of patent infringement, with potential tremendous downsides, it is rational to pursue a settlement that costs less than the cost of defense, even if there is little merit to the patent itself or to the claim of infringement. Every day, patent trolls obtain large six and seven figure costs of defense settlements from technology companies.

Other of these patent trolls are set up and/or facilitated, at arm's length, by well-established technology companies. They serve to harass and extort their competitors and to serve as a rear guard against savvy start-ups.

Patent trolls are an impediment to innovation. It costs too much to try and avoid them and it costs equally much, if not more, to fail to avoid them. Venture capitalists who have done any amount of due diligence have been known to avoid cutting-edge technology ventures due to the costs associated with a troll attack. Established technology companies spend tens of millions of dollars each year dealing with trolls.

These trolls have a negative effect on our economy. According to a recently published study by researchers at the Boston University School of Law, trolls are associated with a half trillion dollars of lost wealth over the past twenty years. Lost company wealth associated with patent troll litigation now averages $80 billion per year according to these researchers. Trolls create minimal jobs and very little of the wealth transferred to them makes it to inventorsThis exploitation of our patent system harms society, punishes innovative companies, and has created a perverse incentive to acquire vague, over-reaching patents. Patent trolls may succeed at creating windfall profits for their stakeholders, but they retard the growth of technology companies in the most promising technology areas.

I suggest five solutions to cure the common troll:

First, create a compulsory licensing mechanism for patents whose owners are not making competitive use of the technology in those patents. Patent owners should be required to declare the areas or products that incorporate the patented technology. All other non-practiced areas should be subject to a compulsory license fee. (A non-practiced “area” would be a market or technology sector or activity in which the patent owner is not using or licensing the invention rights, though the owner may be using the patent in other "areas.") Licensing rates for patents could be set by patent classification or sub-classification based on industry average licensing rates for each such technology. Again, this would only apply to applications where the patent is not being practiced or voluntarily licensed by the patent owner.

Given the vast number of patents issued, an accused party should have a reasonable, set time after receiving notice of a patent within which to pay for the license going forward. Compulsory licenses are authorized by the treaties we have entered into, and we have significant experience with compulsory licensing of copyrighted works from which to develop an analogous patent mechanism. Uniform rates could be set.

Second, cap past damages for trolls at $1 million per patent and eliminate the possibility of obtaining injunctive relief for infringement of patents that are not in use, or are not used commercially, by the patent owner.

Third, a mandatory fee shifting provision should be put in place where the plaintiff is required to pay the defendant's reasonable defense fees if the plaintiff does not obtain a better recovery than what was offered by the defendant. (Presently, there is such a cost shifting mechanism in place; however, the relevant costs typically are a tiny fraction of the legal fees in a case.)

Fourth, for U.S. domestic defendants, require that suits be brought in the venue where the defendant's primary place of business is located.

Fifth, if a party wants more than limited discovery from the opposing side, particularly for electronically stored information (ESI), the requesting party should pay the cost of production. For large technology companies, ESI production alone can cost into the seven figures.

These measures would provide fair compensation mechanisms for inventors and patent owners who have not commercially exploited their patents, would de-incentivize the current parasitic non-practicing entity business model, and would lower the risks and burdens that technology companies presently face, freeing capital for research, hiring and other beneficial expenditures.

What to read next
Tags
Law
Patents
Anthony Biller 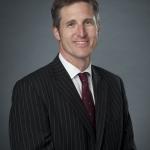