On April 19th the United States Patent and Trademark Office finally rejected an application for the trademark open source hardware. The grounds for the rejection were that the term was "merely descriptive."

Trademarks are intended to identify a specific source of goods or services, protecting that source from confusion in the minds of consumers with other sources. Naturally then, if you try to obtain a trademark which is just a description of a type of product or service, it is proper that you should be refused; it would not be distinctive and it would distort the market by allowing one source to control the generic term. If I market a car for a hamster, I should not be able to get a trademark for the name hamster car, as that would improperly restrain competitors from bringing their own hamster cars to market. So, should we be pleased that the application was rejected?

After all there is no trademark 'open source software' (although the Open Source Initiative do hold one for their own name and logo which acts as a kind of accreditation mark for their approved licences and projects that use them). In this case it’s a little confusing, because the applicants do not seem to have been actually looking to use the mark to describe what is usually understood by the phrase open source hardware at all. In fact they were looking to protect their offering comprising:

Reading the decision it seems that the services relate to providing and managing services for children on a variety of devices, and that the trademark is supposed to imply the ‘general freedom’ of open source software but applied to one’s hardware devices in a surprising new way:

In support of registration, applicant maintains in Section 1 of its brief that the mark is not merely descriptive because OPEN SOURCE was used initially with the Open Source Software Movement; that applicant’s use of open source would associate that term with the provision of software and that "this causes a jarring effect that is overcome by the user’s imagination to the play on words."

Additionally, applicant argues that joining HARDWARE next to OPEN SOURCE causes consumers to think of "physical artifacts of technology designed and offered in the same manner as free and open source software," citing to the wikipedia.com definition of open source hardware.

What this shows, I think, is a couple of things. First, that bodies like the USPTO have trouble understanding phrases like open source where they relate to technology. Second, that terms that the community relies on to describe their interests and enthusiasms are not necessarily immune from proprietary seizure. While the decision here seems to contain an error that worked to deny the trademark, it’s possible to imagine a similar error that would allow a troublesome trademark to be granted.

In connection with trademarks and FOSS I was interested to see the establishment of modeltrademarkguidelines.org, a wiki-based site which proposes language one might use for trademark guidelines for FLOSS software projects. It already contains a very useful page listing pre-existent FOSS project trademark policies. I would encourage readers to read the draft version of the guidelines and comment.

Syndicated from the OSS Watch blog. Copyright in the original work is assigned to the University of Oxford.

What to read next
Tags
Law
Patents
Rowan Wilson 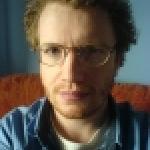 Rowan Wilson (no relation to Scott) has worked in IT since 1996 and has been active in internet development since its early years. Working within the University Computing Services in Oxford since 2001 Rowan has worked in supporting academic research and development in the Arts and Humanities through the work of the Oxford Text Archive.
More about me