Does your open hardware project need a license? 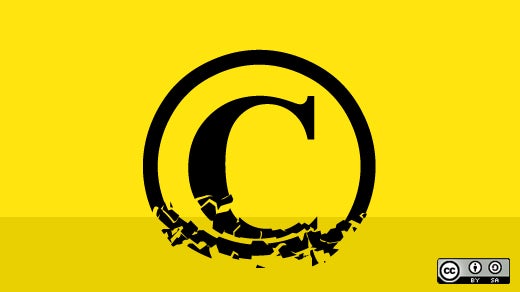 The last part is in place, you can still smell the solder in the room. Your open hardware project is complete. So, what comes next? The hard part: do you need a license?

The first step is to determine if you have anything to license. For those of us coming from the software world, this step may seem odd.

Michael Weinberg, Vice President at Public Knowledge and a board member of the Open Source Hardware Association, tells us, "Software is protected by copyright (and protected automatically), so you can safely assume that you have something to license when you write software."

It is important to point out the definition of Open Source Hardware, which starts out with acknowledging that:

Open source hardware is hardware whose design is made publicly available so that anyone can study, modify, distribute, make, and sell the design or hardware based on that design.

Many companies chose not to put a license on their hardware at all. Alicia Gibb, Executive Director of the Open Source Hardware Association, says that companies may determine the Open Source Hardware Definition is sufficient in explaining their intentions. Gibb adds that no license is needed on the hardware side of things as long as the documents are licensed openly.

If you determine that you have something to license beyond applying the definition of Open Source Hardware, you'll want to review the different licenses currently available and understand how they can be applied to your project.

What about Creative Commons?

Creative Commons (CC) licensing is a subject that crops up with increasing frequency, particularly in discussions of open hardware licensing models. It's important to realize there's quite a difference between how a Creative Commons license applies to a software project as opposed to a hardware build.

The basic premise of a Creative Commons license is based on U.S. copyright law, meaning the license really only applies to works that can be copyrighted. The Open Source Hardware Association states, "Copyright (on which most licenses are based) doesn't apply to hardware itself, only to the design files for it and, then, only to the elements which constitute original works of authorship (in U.S. law) and not the underlying functionality or ideas."

A 2011 press release from CERN concurs, stating the covered documentation is limited to "schematic diagrams, designs, circuit or circuit-board layouts, and mechanical drawing."

This confusion around the current models makes understanding open hardware licensing awkward and overly complex. This is due in part to current laws, which make it very difficult to understand the verbiage of the license as it pertains to how or worse yet, if, it applies to your business model.

Understanding what's protected by these license models is key, as both these licenses' frameworks are designed to protect tangible, physical things, but do not cover software, firmware, or code loaded into programmable devices. This means in the United States, as well as many other countries, that an assignment of an open hardware license will generally restrict the plans and designs, but not the manufactured iterations of the device or new versions of the same design that are not textual copies of the licensed original. This can be seen clearly in U.S. copyright law documentation section 17.102(b), which states:

"In no case does copyright protection for an original work ... extend to any idea, procedure, process, ... concept, principle, or discovery, regardless of the form in which it is described, explained, illustrated ... in such work."

TAPR says its license provides, "a legal framework for open hardware projects." It may be used for any kind of product, be it a hammer or a computer motherboard, and by anyone.

At a high level, the idea behind the TAPR license model is to offer legal mechanisms for open hardware analogous to those provided by the GNU General Public License for software. It is important to note the TAPR license includes a clause that users of a TAPR licensed design waive their patent rights to sue the design's originators or users.

The CERN Open Hardware License (OHL) was first introduced in 2011. CERN defines its license model as a "legal framework that will allow for the formal recognition and endorsement of open source hardware, while protecting intellectual property."

Taking the idea one step further, CERN created the Open Hardware Repository with the goal of providing engineers, designers, and developers a network to collaborate and share in that adheres to the CERN OHL model.

While we've made great strides towards defining an open source hardware license, we still don't have an international standard. There are several changes on the horizon for the license models that I hope will allow for more freedom in development and less fear and confusion over how to apply them in coming years.

Thanks to Alicia Gibb and Michael Weinberg from the Open Source Hardware Association (OSHWA) for their feedback on this article.

What to read next
Tags
Law
Hardware
Licensing
Hal Gottfried 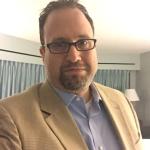 For some years now I have adopted a philosophy based on a quote by Samuel Clemens "... you will be more disappointed by the things that you didn’t do than by the ones you did do...Sail away from the safe harbor. Catch the trade winds in your sails. Explore. Dream. Discover.”It is this powerful desire for exploration that drives my approach in almost everything I do.
More about me