Has the Supreme Court made patent reform legislation unnecessary? 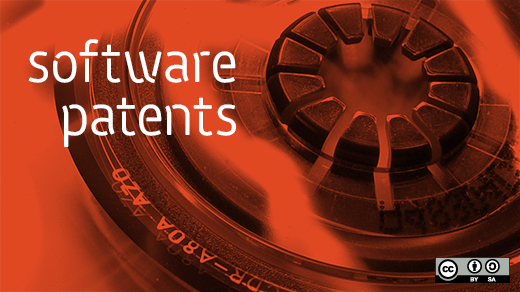 As Congress gears up again to seriously consider patent litigation abuse—starting with the introduction of H.R. 9 (the "Innovation Act") last month—opponents of reform are arguing that recent Supreme Court cases have addressed concerns. Give the decisions time to work their way through the system, they assert.

A recent hearing on the subject before a US House Judiciary Committee (HJC) Subcommittee shined some light on the matter. And, as HJC Chairman Bob Goodlatte, a long-time leader in Internet and intellectual property issues, put it succinctly in his opening remarks:

"We've heard this before, and though I believe that the Court has taken several positive steps in the right direction, their decisions can't take the place of a clear, updated and modernized statute. In fact, many of the provisions in the Innovation Act do not necessarily lend themselves to being solved by case law, but by actual law—Congressional legislation."

Likewise, Cong. Darryl Issa, Chairman of the Subcommittee on Courts, Intellectual Property, and the Internet—and an innovator with over 3 dozen patents—concurred: Those arguing that the judicial system can stop abuse, without Congress getting involved, have "recycled some of the same arguments" made over the years. "I'm confident that the Innovation Act will become law and will build on the work of the AIA to protect the American patent system," he said.

There were voices at the hearing urging caution, notably a representative of the National Venture Capital Association, who had trouble answering questions about the fact that his organization had identified the significant impact of Patent Assertion Entities on start-ups on its website and why many of his members were strong supporters of legislative reforms.

Cong. Jerry Nadler, Ranking Member of the Subcommittee, while noting that the patent landscape has evolved in recent years, concluded that those arguing the Supreme Court’s decisions eliminate the need for congressional action "overstate the case."

Let’s look at some of the specific issues taken up at the hearing that are at the core of reform—specifically, the asymmetries in litigation—and whether the Supreme Court cases have made a meaningful difference.

Central to patent litigation reform is addressing the incentives that now exist for aggressive patent plaintiffs to bring suit with little risk of economic loss. Quite often patent plaintiffs will engage lawyers on a contingency basis, requiring little or no up-front cost to the plaintiff. Many aggressive patent plaintiffs use shell corporations to engage in litigation abuse, precluding a defendant from counter claiming. For these and other reasons, an alleged infringer bears the entire risk and cost of discovery and court costs, often settling (rather than challenging the claims).

Current law, Section 285 of the Patent Act, provides for a prevailing party to recover fees in only “exceptional” cases. In fact, what this really means is up to the discretion of each district court to determine whether the standard is met.

Yet, even traditional organizations like the Intellectual Property Owners association—which supported the Supreme Court’s Octane decision—testified at House Judiciary Committee’s hearing that “despite the changes in the interpretation of § 285 on attorney fee awards in Octane and Highmark and reports that judges are awarding fees in higher numbers of cases after these decisions, we conclude that legislation is still needed.” [emphasis added.] Nothing in the Supreme Court’s conclusions changed the basic fact: the statute still requires a case to be “exceptional” for an attorney fee award. "Octane fails to provide a clear, objective test for lower courts to apply [and] will require more lower court cases to determine the meaning of a case that 'stands out from others'."

Noted Supreme Court advocate Andrew J. Pincus, former General Counsel of the U.S. Department of Commerce, elaborated further in his testimony: "Octane and Highmark together give district courts more discretion to award fees. But the “exceptional” requirement in Section 285, the Supreme Court confirmed, means that "fee shifting is an option only in a small minority of cases. A defendant deciding whether to settle or fight, therefore, cannot count on the availability of a mechanism to offset the plaintiff’s ability to inflict significant litigation costs on defendants—which is the key characteristic of patent litigation that plaintiffs exploit to coerce settlement. A rational defendant therefore is still likely to view settlement as the economically sensible option."

A recent case highlights the on-going problem. Per media reports, a couple of weeks ago, a California federal judge last week rejected Newegg Inc.’s bid for attorneys' fees for a second time in a patent dispute with a nonpracticing entity, finding that even under the guidelines set by the U.S. Supreme Court’s Octane ruling, the action wasn’t exceptional. Even, as here, where the judge found that the plaintiff’s claim construction arguments were erroneous, Newegg couldn’t prevail because the judge found the plaintiff’s claims weren’t so utterly frivolous as to merit the plaintiff having to cover Newegg’s cost to defend against the assault. The patent relates to registering websites on search engines, according to an order denying Newegg’s request.

In short, recent Court opinions do not shift the assymetry found in abuse patent litigation, requiring legislation to change the current statutory hurdle.

Current law does not require that a patent holder explain how a patent is infringed, or even identify the product involved. This is a key way in which aggressive patent litigants game the system, which makes it nearly impossible for someone who has been sued to evaluate the case and decide how to proceed.

The Supreme Court, through its decisions, has been silent on the specific question though it was noted that the Supreme Court is considering some changes to the Federal Rules on pleadings.

As Mr. Pincus pointed out to the Committee, "the Federal Circuit expressly exempts patent suits from [a higher] pleading standard, holding that the patent plaintiff must allege only that it owns a patent and assert that the defendant is infringing that patent. No additional detail is required—such as how a defendant is infringing the patent, much less which particular patent claims are being asserted. As a result, plaintiffs can file meritless infringement suits in an effort to extract settlement value, and defendants have no ready recourse to a motion to dismiss for failure to state a claim—the tool that any other defendant would use in these circumstances."

Whether the Supreme Court will act—and if so, when—remains unclear. Leaving it up to the Judicial Conference and its lengthy process is uncertain. Chairman Issa, in a speech prior to the February 12 hearing, vowed to include 'strong pleading provisions' in whatever bill the House passes. "I inherited a bill with broad bipartisan support and I have no intention of watering it down."

Aggressive patent litigants use the discovery process to magnify the costs associated with patent litigation abuse, seeking discovery of every electronic document that might touch upon the alleged claims, by any person inside the defendant’s operations. This can involve huge quantities of documents and cost millions of dollars to produce. PAEs often bring cases in jurisdictions that especially allow this type of expensive discovery.

Nothing in the hearing last week indicated that the Supreme Court has looked at this important facet of litigation cost and abuse. As Mr. Pincus pointed out, there are some unique aspects of discovery in patent litigation. "Unlike other types of litigation, ... dismissals in patent cases rarely occur prior to the Markman hearing,” an essential step to determine the scope of patent and thus the alleged infringement. Instead, "pre-hearing discovery is often permitted ... [and] a patent plaintiff will typically seek access to a wide range of the defendant’s product-development records, requiring a defendant to undertake time-consuming and costly searches through years of data." Additionally, district courts (especially ones like the Eastern District of Texas) will permit broad discovery before ruling on a request for change in venue.

Has the Supreme Court actually raised the cost of litigation?

While legislative reform opponents tout the courts as a solution, the picture emerging from the House Judiciary Committee hearing is more complex.

As Mr. Pincus noted, "some decisions of the Supreme Court will have the effect of increasing the costs of patent litigation and thereby creating greater leverage for plaintiffs to unfairly extract nuisance-value settlements."

Two cases cited at the hearing exemplify this concern. In Teva Pharmaceuticals USA, Inc. v. Sandoz, Inc., 135 S. Ct. 831 (2015), the Supreme Court reversed a long standing principle that all aspects of claim construction are reviewable by the appeals court de novo, finding that the Federal Rules of Civil Procedure require a “clearly erroneous” standard of review for such factual determinations by a district court. The result may be lead to greater use of expert witnesses in the course of a Markman hearing, which has been relatively rare to date. “The likely outcome is that the ‘war of experts’ will begin much earlier in patent litigation,” Mr. Pincus explained in his testimony. “The resulting increased costs will often inure to the benefit of patent plaintiffs, who will have yet another cost burden to exploit in order to increase the settlement pressure on the defendant."

And in Microsoft Corp. v. i4i Ltd. P’ship, 131 S. Ct. 2238 (2011) the Supreme Court, albeit in a divided opinion, refused to overturn long standing precedent that someone challenging the validity of patent must demonstrate a patent is invalid by “clear and convincing evidence.” As a consequence, the balance tilts against those who want to challenge vague, unclear patents, “even in circumstances, such as those present in i4i, where the prior art most relevant to the novelty or obviousness inquiry was never put before the PTO,” Mr. Pincus testified. “This built-in advantage for the patent plaintiff creates enhanced risk for defendants who wish to defend against a patent claim, creating yet more pressure for defendants to settle dubious lawsuits. ”

The thrust of the HJC hearing was pretty clear: Congress needs to act. And while the Supreme Court has taken some steps, it is not a substitute for legislative actions focused on the fundamental issues in the system that abusive patent litigants use to game the system.

As Sen. John Cornyn—a key member of the Senate Judiciary Committee and one of the key advocate for reforms that failed to reach the Senate floor last May—put in a speech at the end of January, the Supreme Court’s actions around the standards for fee shifting and the modified pleading requirements introduced by the Judicial Conference are welcome, but essentially "marginal changes."

What to read next
Tags
Law
Patents
Licensing
Mark Bohannon