The patent troll problem is not a new one 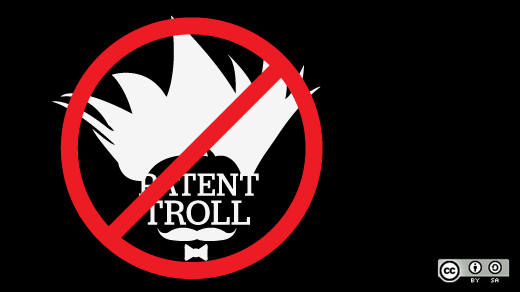 The patent troll problem is not a new one. In 1879, an inventor by the name of George B. Selden filed a patent on a horseless four-wheeled carriage, which he called the "Road Engine."

He delayed prosecution of his patent for 16 years in order to increase its effective life (then, patents expired 17 years from issuance, as opposed to 20 years from filing, as they do now). This meant by the time his patent issued, despite never developing a working prototype, Selden was able to claim a patent on the automobile and extract licenses from the budding automobile industry.

And the patent troll problem is obviously not new to the readers of Opensource.com. We have published posts questioning whether patent promote innovation, exploring the role of the abuse of software patents in the debate over patent reform, and noting efforts from various states (including North Carolina) to fight patent trolls.

But, more recently, it seems that the problem of patent trolls has captured the attention of a broader audience. Four years ago, NPR produced an episode of This American Life called "When Patents Attack!" And, four months ago, John Oliver devoted the bulk of his time on Last Week Tonight, to raising awareness about patent trolls. "Most of these companies don't produce anything—they just shake down anyone who does, so calling them trolls is a little misleading—at least trolls actually do something, they control bridge access for goats and ask fun riddles," he explained. " Patent trolls just threaten to sue the living s*** out of people, and believe me, those lawsuits add up."

Now, The Economist has decided that, once and for all, it is Time to fix patents. The article begins by rebutting the presumption that patents spur innovation, and claims that, because of patent trolls, the patent system is a net drain:

Patents are supposed to spread knowledge, by obliging holders to lay out their innovation for all to see; they often fail, because patent-lawyers are masters of obfuscation. Instead, the system has created a parasitic ecology of trolls and defensive patent-holders, who aim to block innovation, or at least to stand in its way unless they can grab a share of the spoils.

It goes on to propose some reform proposals that are more radical than those currently being debated in Congress:

One aim should be to rout the trolls and the blockers. Studies have found that 40-90% of patents are never exploited or licensed out by their owners. Patents should come with a blunt “use it or lose it” rule, so that they expire if the invention is not brought to market. Patents should also be easier to challenge without the expense of a full-blown court case. The burden of proof for overturning a patent in court should be lowered.

Patents should reward those who work hard on big, fresh ideas, rather than those who file the paperwork on a tiddler. The requirement for ideas to be "non-obvious" must be strengthened.

Patents also last too long. Protection for 20 years might make sense in the pharmaceutical industry, because to test a drug and bring it to market can take more than a decade. But in industries like information technology, the time from brain wave to production line, or line of code, is much shorter. When patents lag behind the pace of innovation, firms end up with monopolies on the building-blocks of an industry.

The problem of patent trolls is not new or small. It is going to take bold ideas and broad collective action to solve it. We should welcome ideas and input from as many sources as possible, even—or perhaps especially—those that are novel and non-obvious.

What to read next
Tags
Law
Patents
David Perry 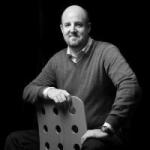