Net neutrality in the 15th century 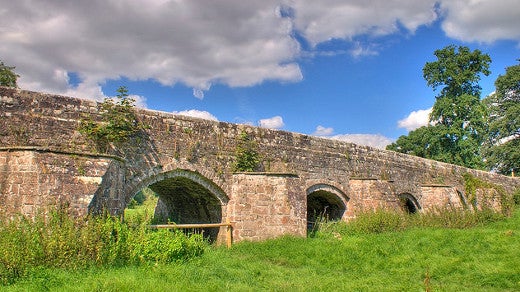 Tim Wu, author of The Master Switch: The Rise and Fall of Information Empires, in his SXSW talk offered the idea that while we think of net neutrality as a new problem, it is actually a very old problem that we've dealt with many times before.

While sharing and collaboration are the oldest of ideas, much of the modern innovation and successes that have resulted from them have depended on the wide availability of an open Internet. And the basis for that was set in place 400 years ago.

A brief history of open communication

The Internet has taken on a role that was once filled by canals, or the phone system, or other methods of transfer of goods and services.

"Imagine you're in the 15th century," Wu said. Generally it's been governments that built infrastructure for public use. The Great Wall of China was a public project. The Romans built the roads. And even today, it's usually the case that government handles the underpinnings that everything else depends on. The English, however, had a very different approach to infrastructure from anywhere else in history. Roads, ferries, bridges, and ports were built and run by private parties. The government and legal system finally noticed something that seems pretty obvious to many of us--that those private parties were holding an immense amount of power to affect the economy. They created a law, eventually known as the law of common carrier, to balance that power. If, for example, a blacksmith, whose job to shod horses is essential to commerce, refused to do so, he could be sued and forced to do so. This further evolved into the idea and laws that in such situations, everyone must be served.

We can see this reflected even in taxi regulations, where a taxi driver must take you where you want to go. And Internet carriers, are at this time functioning under that same 400-year-old idea that your traffic must be carried where you want it to go.

Moving on to 1910, Congress in the US decided that the telegraph was dangerous. Western Union has used its power over the telegraph system to do a lot of things, including attempt to throw elections. In 1876, they began supplying telegraphs from the Democratic Party to the Republic Party. Congress passed an act in 1910 to say that communications are the same as physical carriage. It was then a large jump in thinking--not now in 2011.

"In the 1980s, the FCC, which was overseeing telephone common carriage, decided that it was interested in the computer networking industry," said Wu. It was in danger of being destroyed by AT&T and the telephone monopoly. Thus born were the regulations that telephone lines would have to carry those dial-up services.

The past in the future

"Compared to classic communication, net neutrality rules are extremely weak," said Wu. They require the most fundamental, medieval requirement of non-discrimination. Content must be carried freely from point A to point B, similar to the free carriage of medieval times. What they do not have is regulation of price or quality.

The critical question is whether the Internet is in fact an essential public network or better judged as a private network--an "amusement park," as Wu put it. Policy depends on the answer to that question. Wu's opinion is that it has moved from being in the 80s, outside of its academic application, more of the amusement park--MOOs, bulletin boards, and a very socially driven network. Today there's a strong argument that it's essential. What business doesn't have an Internet connection, a website, and probably now even Facebook and Twitter accounts? And they don't do all those things for fun; they do them because they're critical to their business.

"In some ways, the Internet has become like electricity," Wu said. "It's really dangerous that someone can jack the price on you or refuse service." As that essential nature becomes even more ingrained in our society and economy, the value of the Internet and its services become more valuable than the money made by supplying a connection to it.