Open data for humanitarian relief with the Humanitarian OpenStreetMap Team 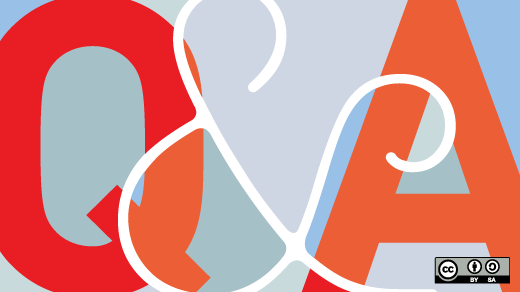 It's HOT in Haiti, Indonesia, Ivory Coast, and other nations around the world. Why? Because Kate Chapman, the Humanitarian OpenStreetMap Team (HOT), and many volunteers are improving local economies and creating an open map of the world.

At SouthEast LinuxFest, held earlier this year, I learned about Humanitarian OpenStreetMap in a session on humanitarian free and open source software (HFOSS) given by Leslie Hawthorn.

HOT applies the principles of open source and open data sharing to humanitarian response and economic development, building on the efforts of OpenStreetMap. Kate Chapman is the team’s director. Her role is a combination of organization development and project work. She works on fundraising, general administrative tasks and proposals, and goes into the field to hold workshops. Kate told us more about HOT in the following interview.

What is the mission of Humanitarian OpenStreetMap Team?

HOT believes that freely available, up-to-date geographic data can be vital in responding to a disaster. So we help communities and responders both utilize the OpenStreetMap data as well as contribute information back.

HOT has been active in Haiti both remotely and by a series of missions there. Initially the OpenStreetMap (OSM) community both traced satellite information and imported information from old maps to update the map of Haiti after the earthquake. Then starting March 2010 our teams began visiting Haiti to provide training in updating of OSM as well as utilizing the data. Out of the work there Community OpenStreetMap Haiti (COSMHA) has developed and continues to do much mapping down there with HOT's support as necessary.

In the Ivory Coast our work has been entirely remote. Frederic Bonifas, one of our members, has provided most of the coordination support for this project. SPOT (a French satellite company) has been essential in providing freely available imagery that individuals have been able to use for adding data to OpenStreetMap.

HOT isn't entirely about response though. We've begun working on preparedness in Indonesia this year. Jeff Haack and I are spending two months in Indonesia teaching workshops within communities as well as at universities. The hope is to gather very detailed building information that can be used in risk models.

What are some of the technology or other challenges you face?

The biggest challenge for HOT is data licensing. After Haiti imagery flowed the OpenStreetMap map could be updated relatively quickly. In disasters, since there hasn't always been imagery or other data available that can be used with OpenStreetMap, it makes it difficult to respond effectively though.

Are you able to collaborate and partner with governments of affected areas?

The answer to that is sometimes. In both Haiti and Indonesia we have trained individuals working in government programs. We are also soon going to be working in Togo on a preparedness project which will directly involve the Togolese government.

Walk us through the steps your organization would take during a disaster. For example, if a hurricane were to make landfall, how do you help?

Each disaster ends up being a bit different. Typically after an event happens we initially start looking into what data is already available. This includes talking to satellite imagery providers, responding agencies and scouring the web in general. Then usually we try to find someone who is able to coordinate the response. After many disasters you have new volunteers, different individuals interested in using the data, and others that need help. The key is ensuring they get an answer. OpenStreetMap in general is a very grassroots organization, and HOT continues to have a very similar make-up, but we also realize we are responding to crisis. That is why we coordinate to make sure we are able to have a point person who can help coordinate.

The easiest way to start to participate with HOT is to begin by learning to edit data in OpenStreetMap. Often the best way to do that is to begin by mapping in your own neighborhood. It isn't too difficult to get up to speed with the basics of the tools. To get specifically involved in HOT the best way is by joining our mailing list. This is where discussions about what people are doing to help with specific events occur and general announcement as well.