The participatory ethic of open source software has become so widespread these days that it is migrating into some unexpected places... like musical instruments, tractors and ecological technology.

Chances are you haven’t heard about the Zoybar—a modular instrument loosely based on the guitar. As its inventor describes it, "Every user can create his own unique instrument by its own voice and needs. We call this Decentralized Innovation. For the first time these instruments can be duplicated and evolve regardless of location and market interests."

The Zoybars displayed on the website can morph into a guitar, a contra bass, a mini Kaosa pad that lets you do sampling and syntheizer sounds, and presumably other instruments that have not occurred to me. It remains to be seen how large a community will evolve around the $675 Zoybar, but what a concept!

Then there is the Monome—a mini controller for computer-based music that uses community-created, open source software. Monome the company consists of Brian Crabtree and Kelli Cain, who have used open-source philosophy to design a "fundamentally adaptable" musical instrument. Each Monome is "a reconfigurable grid of backlit keypads which connects to a computer. Interaction between the keys and lights is determined by the application running on the computer. There is no hardwired functionality."

I watched a video demonstration of a Monome and found it mesmerizing. Of course, the sounds that are keyed to each Monome key can be configured however you want to, but the "performance" I heard was filled with lots of soft-toned, dreamy chimes. As the performer’s fingers danced across the 16x16 grid of keys, I thought I was watching some weird, futuristic musical virtuoso.

We believe that open source is commercially viable and mutually beneficial for our collective and the consumer. In opening our software we eliminate wasteful, redundant coding for ourselves by incorporating proven libraries and frameworks. We in turn provide these same benefits to others who wish to incorporate our development efforts into their projects.

We believe open applications provide more flexibility for users to adapt tools to their specific needs, encourage creative use of software and hardware, and produce a greater diversity output from users.

We seek to actively facilitate community participation and encourage sharing.

We are always learning.

Beyond open-source instruments lies a much wider frontier. Michel Bauwens' P2P Foundation blog is a great source for exploring this topic further. Michel blogs frequently about open-source hardware and open innovation, drawing upon a wide variety of resourceful folks at the frontier of this movement.

By using permaculture and digital fabrication together to provide for basic needs and open source methodology to allow low cost replication of the entire operation, we hope to empower anyone who desires to move beyond the struggle for survival and “evolve to freedom.

By our analysis, most of the technologies needed for a sustainable and pleasant standard of living could be reduced to the cost of scrap metal + labor. There is immense potential for social transformation once this technology is fully developed for building interconnected self-sufficient communities, since people will be freed from material constraints and able to seek self-actualization.

The project may be a wildly ambitious, on-the-fringe project, but its organizers are no fools. They just have the courage to test their open-source convictions. They have their own facility, "Factor e Farm," at which they unabashedly seek to build the "Resilient Community Construction Set"—a set of machines that include a sawmill, pyrolysis oil, solar hearing units, an aricultural microcombine, a manual well-drilling rig, and many other machines—all open-source by design.

The goal of Open Source Ecology is to build open-source prototypes that can enable small-scale communities to flourish in as autonomous, local manner as possible. The organizers see economics, technology, social organization and politics as deeply inter-releated—and so they want to remix the existing combo into a more wholesome, life-enhancing, cheaper, participatory package. As they explain:

Economy creates culture and culture creates politics. Politics sought are ones of freedom, voluntary contract, and human evolution in harmony with life support systems. Note that resource conflicts and overpopulation are eliminated by design. We are after the creation of new society, one which has learned from the past and moves forward with ancient wisdom and modern technology.

Furthermore, it should be noted that this is a real experiment, and product selection is based on us living with the given technologies. First, it is the development of real, economically significant hardware, product, and engineering. Second, this entire set is being compiled into one setting, and land is being populated with the respective productive agents. The aim is to define a new form of social organization where it is possible to create advanced culture, thriving in abundance and largely autonomous, on the scale of a village, not nation or state.

So, what does this mean in more concrete terms? Consider the LifeTrac, the low cost, multipurpose, open source tractor. Its most noteworthy features are its modularity, hydraulic quick-couplers, lifetime design, and design-for-disassembly. Add an attachment and the tractor becomes a backhoe.

LifeTrac designs are openly available and intended to be modular, inexpensive, and easy to build and maintain—not complex, expensive, and proprietary. Could such models slip the chains of Big Technology and Big Corporations and enable people to develop their own popular platform for shareable, participatory innovation in farm machinery? Open Source Ecology sure hopes so. The core designers even hope to add the ability to use local biofuels and steam engines, making local production and autonomy even more feasible.

Open source: it’s not just for software any more.

Originally posted at On the Commons. Reposted under Creative Commons.

What to read next
Tags
Hardware
David Bollier 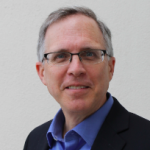 David Bollier is an author, activist, blogger and independent scholar with a primary focus on the commons as a new paradigm of economics, politics and culture. He has pursued this work for more than ten years, most recently as co-founder and principal of the Commons Strategies Group, an international consulting project that works with the global policy activists.
More about me