Open access to scientific knowledge has reached its tipping point 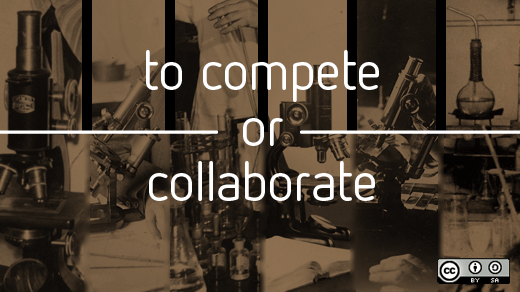 A recent study funded by the European Commission and undertaken by analysts at Science-Metrix, a Montreal-based company that assesses science and technology organizations, has concluded that half of all published academic papers become freely available in no more than two years.

According to the study, the year 2011 is a milestone for open access. By this analysis, 50% of all scientific articles published in 2011 are currently available in some open access form or another, and the trend is toward more and more articles becoming open access.

The study says that the "free availability of a majority of articles has been reached in general science and technology, in biomedical research, biology, and mathematics, and statistics."

According to the study’s lead author and Science-Metrix president Éric Archambault, these results indicate a "tipping point" in open access availability. No doubt this is major news for a publishing industry traditionally accustomed to regular subscription fees in exchange for scholarly research.

"The open access movement has reached a kind of critical mass," says Archambault. "It’s only going to accelerate. There are a lot of people behind it: governments, academia, even publishers to an extent. It’s here, and it’s here to stay."

In a world with increasingly easy access to information via the Internet, the old ways of subscription-based journals are on the way out. Just as the need to pay for volumes of an encyclopaedia has largely been replaced by the convenience of Wikipedia, so too will academic journals by their online counterparts—and with a greater demand for open access.

But just how much pressure is there for academic research to become open access? One source of pressure causing trends toward open access is boycotting, most notably and recently involving Elsevier, the largest scientific publishing company in the world.

Nearly 14,000 researchers have signed The Cost of Knowledge, a pledge to refrain from publishing, refereeing, or being involved in the editorial process (signees may commit to one or all of these positions) of any Elsevier journal. The primary reason cited was that Elsevier charges "exorbitantly high prices for subscriptions to individual journals."

There is no longer a legitimate reason to pay publishing companies such high fees in the age of the Internet, especially considering that the researchers and referees are themselves typically submitting their efforts for free. In 2005, for example, a Deutsche Bank analyst examining Reed Elsevier—Elsevier’s parent company—found that there was no way to justify the company’s excessively high margins and stated, "we believe the publisher adds relatively little value to the publishing process."

Another source of pressure toward open access is from government. In the United States this year the White House released a directive to "make the published results of federally funded research freely available to the public within one year of publication." Similarly in Britain, any papers partially or wholly funded by one of the government’s seven research councils must be made open access within six months of publication.

There has been a trend seen not just by governments but also on the international level; for instance, the 2003 Berlin Declaration on open access to knowledge in the sciences and humanities now has over 440 signatories. Other bodies are recognizing open access, such as the Canadian Cancer Society, stating, "researchers supported in whole or in part through the Canadian Cancer Society are required to make the published results of their work publicly available [ . . . ] no later than 12 months after the final publication date." And, the University of California just recently adopted an open access policy for all publications authored by its researchers.

There seems to be no doubt at this point that the future of academia is shifting towards the public’s best interest, away from arguably gratuitous and obsolete publishing companies, and to a greater dissemination of information.

As Archambault noted, this truly is a revolutionary change for the publishing industry, but also for the openness of academia in relation to those outside, just as open access reference texts and online courses—like Khan Academy, Harvard’s Open Learning Initiative, or MIT’s OpenCourseWare—do the same. For as much as open access is liberating to scholars, so too is it for laypeople. They may now peer through the cracking edifice of academia’s ivory tower, thereby improving the freedom of thought, idea, and information, which allows societies to flourish.

What to read next
Tags
Open access
Science
Devon Hanel 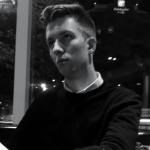 Devon Hanel is currently a philosophy student at the University of Manitoba.
More about me