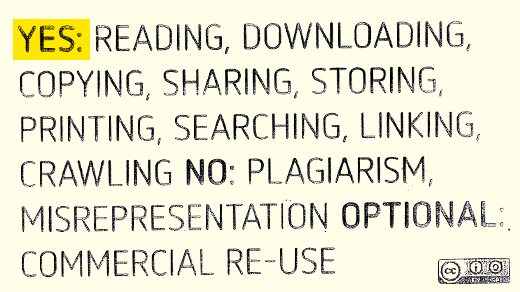 Higher education is increasingly embracing different concepts of openness, from open access to open education resources (OER). But where does that other open concept—open source—fit into this model? Open source represents the best way to ensure these materials can be easily modified, without risk of material suddenly becoming unchangeable or inaccessible.

John L. Hilton III, Aaron Johnson, Jared Stein, and David Wiley have a model of openness that considers openness as a continuum. Using their model, openness minimally means access, or the ability to view something without needing some sort of credential. At the most permissive end of the openness spectrum, anyone has the ability to edit and remix content, changing it for their own purposes. Open access and OERs address the issues of access, but often fall short of addressing the issues of revising and remixing. For instance, many OER materials are shared as Word files and PDFs, which each present challenges in terms of modification of the work.

The default file format for Microsoft Word is .docx, which is a not entirely open format. Right now LibreOffice, an open source word processor, can open those kinds of files, but what if Microsoft does something to change that? The "open" content will only be available to users who have paid for some sort of Word license. Can that content really be considered be open?

This is where open source software becomes important in sharing content. Because the code is viewable, the files created by open source programs are always accessible. That means .odt files, the default LibreOffice word processing file format, are always open and modifiable. Even via other programs (including Word).

A PDF is viewable to anyone, but once you copy-and-paste text out of it, all formatting is lost. This isn't a big deal for a small chunk of text but can be a huge issue if you're trying to rework something large, like a textbook. That content can be considered open, but is it as open as it could be? What good is open content that's almost impossible to revise? Or in the case of open access scholarship, work that is difficult to quote in your own work?

Text files are open and modifiable, since just about every device has some sort of text editor. It represents a much more open, but also less popular, format for academic content.

This awareness of format is the next, necessary step in the shift toward opening scholarship and pedagogical tools. Academics have a strong handle on sharing, in a broad sense, but we need to move beyond file formats that aren't open or are difficult to modify. Open source software addresses this need. Part of the reason I wrote my book, Learn Linux in a Month of Lunches, was to teach academics how to thrive in an open source operating system, which would then make sharing and modifying work a much easier task. I spend a chapter on text editors and files because it's the most open and shareable of all file formats. In fact, it's the format that allows syllabi to be shared using GitHub.

Academics have come far in terms of sharing scholarship and teaching resources. But if we learn to share in ways that make content easier to work with, using open source software and open document formats, there could be an interesting domino effect, where more and more work is modified and shared. Access is a great thing, but let's not forget the importance of being able to easily modify work (as well as the platforms where the work resides), too.

Will RIO Journal be the most open of its kind?