I am just a fan boy, and my story's often told... Apologies to Paul Simon. I imagine my story or some slight variation of it is fairly common. I started with FOSS before it was called FOSS, made a brief forced detour into the dark waters of proprietary software, and then escaped and returned home to FOSS.

In the early '70s, I was a directionless, straight-Cs high school student who was, like many, always getting "He could do better" tacked onto the end of report cards. I didn't seem to fit in any better than I had in elementary school. None of the existing cliques held any interest in me, and the feeling was definitely mutual.

Early on, I had my books, and my poetry to protect me (to quote Mr. Simon again). Particularly, science fiction. So when my high school announced that we would be part of a pilot program where one of our math courses would be "taught by computer" (this was the exact wording), I couldn't believe that my school was getting a HAL-9000. "Taught by computer" to me implied there would be no human being in front of the students.

So I went to my guidance counselor and said "I want in."

"You could be doing better, but that's an Honors AP math class. You're not that good."

Oops. I arrive to no blinking lights, no voice coming from a computer. In fact, there's no computer at all. That was the first bit of bad news. Then the teacher—unfortunately human—started to teach. Uh-oh! It's an introduction to Calculus, and in mere weeks my C (70-80) average is in a tailspin at 44 (F) and falling! Halfway through the year, the teacher stops talking like a chipmunk on steroids and wheels in a Model-33 teletype and says:

What? That's the first thing you've said all semester that I understood, and I'm HUNGRY! Meanwhile, most of the rest of the class—approximately 60 students—were making crosses with their fingers and saying "Keep it away!" However, there were four others who were salivating. I'd found my clique.

Not only that, but within weeks we were exhausting his knowledge (since none of us had social lives and Frank was trying to learn the technology at the same time). We rented a terminal and tied up our families' phone lines, moving from house to house as we exhausted everyone's patience. We would preach to anyone within earshot, "Computers are going to become small! Everyone will have one! They'll all be interconnected! In your lifetime! In five years! Mom, Dad, I know what I want to do with the rest of my life!"

For me, that meant computers in an educational setting: Giving other people that same eye-opening rush that I got when I started to code.

Moving through the Xerox Sigma 7, Wang 2200A, IBM 360, Data General Nova 3, PDP-11, DECsystem-10, and VAX, it seemed that access to the source for everything was just there for the taking—and sharing. I always interpreted it as, "Hey, we just sold you a really expensive piece of hardware. You want to improve our software? Sure! It will help us sell more hardware!"

While not strictly "open source" as we've come to know it, the idea of modifying the source and making it publicly available to others was part of the culture. The Digital Equipment Corporation Users' Society (DECUS) tapes and exchanges between universities, at least, were pretty common. The Rochester Institute of Technology had an IBM-360 emulator written by students for the Xerox Sigma 9. Circa 1979, I tried to convince colleagues that a new editor I had found, FINE, was much better than TECO. I didn't know the history of FINE, only that it was one of those silly recursive acronyms: FINE Is Not Emacs. What the heck was (is) emacs? Don't know, don't care, but this FINE is mighty fine!

Little did I know that I would still be a congregant of that church 30+ years later. Even though I didn't really pay attention to RMS et al, when my office told me we were switching to PCs, I had assumed there would be a continuity in the sharing of software. Not so. In fact, I encountered a problem similar to Stallman: On the DECsystem-10—and later, the VAX—I'd always been able to get around the quirks of our printer. But on the first PC I had, my programming options seemed limited, and the OS was a trap being built around me.

The other thing, though not very scientifically thought out: The mainframes I used could support LOTS of users simultaneously without crashing. Ever. Or so it seemed. Meanwhile, this wee beastie that everyone claimed was much more powerful could barely support a single user without the dreaded blue screen of death.

Desperate to escape, I started looking around. Oddly enough, in my experiences with several different architectures and OSs, I hadn't had one that was Unix-y in flavor. However, what I found available as alternatives were NetBSD, OpenBSD, FreeBSD, BSDi, and one that didn't have BSD in the name: Linux. Not knowing what to choose, I went to my former boss and asked him. He recommended against Linux because he felt that nothing was vetted and that it was a chaotic mess. Perversely, this intrigued me and I said "But, dude, I think chaos will evolve faster!"

So Trans-America sold me a Slackware CD set. Halfway through the install, everything broke. Oops. Maybe this isn't ready for prime time. Maybe I have to go back, tail between my legs, to Microsoft. Or maybe, just maybe, there's enough of a community out there to reach out to. Several suggestions later, the system once again recognizes the CD drive and finishes the installation.

It boots up, and in a short while I realize "OMG, I have a friggin' mainframe again! And it fits on my desk! And I am God of all I survey! I am the sys admin!" Like a kid in a candy store, I started adding servers. Soon, I was competing with our computer services department, running a more stable mail server, a database server, and eventually the first web server on campus.

"I'm never going back! However, a package management system is nice... Let me try this Red Hat thingie... Nice! Eventually, I got a nice, red fedora (see my profile photo), an RHCE, and later an RHCT."

Over time, I became much more sympathetic to the philosophical reasons for adopting FOSS. I was never hostile to it, I just hadn't given it much thought. But looking back, it became clear that a large part of my success and enjoyment of my career was due to the opportunity to learn independently, taking things apart and putting them together.

I continue to try to educate people and get that contact high from their "Eureka!" moments, and I strongly believe that the ability to examine, modify, and share existing work is key to both education and innovation. These days, I'm part of the Ubuntu camp (for now), since I believe it has made better in-roads at reaching non-technical consumers, and those are by and large the folks I want to encourage. No need to preach to the choir. For eight years, I was the team contact for the Washington DC Ubuntu Local Community, organizing InstallFests and tabling for Software Freedom Day.

However, I try to keep an eye on other distributions, and yea verily, other OSs. For example, from time to time I burn a live Haiku OS just to see what's cookin' with that project.

I'm also quite excited about open source hardware, and am currently in the midst of assembling a 3D printer. I'm fiddling a little with RISC OS on the Raspberry Pi, CyanogenMod on an old HTC phone, and Firefox OS on their Flame phone. Periodically, I try to help establish a Free Geek lookalike in the DC area, but that has not gotten much traction yet. However, with the growth of hackerspaces, makerspaces, and open hardware, I hold out a lot of hope for that to emerge.

Last, and for me, least, I've been peripherally involved in the leveraging of open data to influence public policy and government through the efforts of groups like the Code for DC and Code for NoVA brigades of Code for America and the Broadband Bridge group in DC. It also appears to be time to reach out again to Byte Back—an adult continuing education technology training group here in DC.

We live in exciting times! 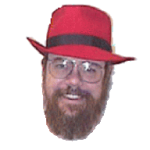