I fell in love with Linux while compiling a kernel

Four years ago, I participated in the WorldSkills Competition. I represented India on the global stage, in the IT Software Solutions for Business category. As part of the competition, I had to build solutions for different business problems using only proprietary office tools.

In fact, for six months, one of the few Microsoft MVPs from India trained me for the competition. Even today, I can use those office tools better than most other users.

A year after the competition, however, things changed.

As I pursued my Master's degree, I encountered Linux for the first time (it was part of our curriculum). Like most other students, switching from Windows to Linux didn't make me too happy. But I still remember the first time a faculty member gave us a Linux demo. He came to class and started the session with big fanfare. We were all expecting Linux to be something that differed dramatically from everything we'd ever seen. The professor booted up his computer (he was using Fedora) and performed a left click on the desktop.

"See," he said, "left click works." He then performed a right click and said, "See, right click also works. Not sure why you thought this was going to be any different. So, done with Linux demo!"

We laughed, and I soon realized what he was really trying to express, which is part of my Linux story here. I often share this with others under the sway of similar Linux myths.

Ubuntu was the first Linux distribution I installed. During one of our operating system classes, the faculty taught us the steps for compiling a Linux kernel. The idea fascinated me, and I thought of giving it a try. It was my first attempt at kernel compilation.

Cloning the Linux repo, building it completely, and getting it running took me nearly an entire day. But once it was done and the kernel booted, I felt very different about all the work. The kernel had innumerable issues, and most drivers were not working, but, still, trying to debug it made me feel extremely geeky and happy.

This was the exact moment I fell in love with Linux.

Being able to build my own operating system, having the power to make modifications or customizations in the way I would like to—these were reasons for a Microsoft fan to completely switch to Linux forever. After my first kernel compilation, I started experimenting with other Linux distributions. In six months, I'd installed nearly 7­8 different ones, from Ubuntu to Debian, to Fedora, to CentOS, to RHEL, to Kubuntu, to Mint. I had a taste of each one.

Once I'd settled on Linux, community was the next thing that grabbed my attention. Along with all the freedom and power to do things, I realized I also had access to an entire community of developers and users who could help me when I got stuck. In the past three years, I haven't once gone back to those proprietary tools.

That is my Linux story.

I keep trying new Linux distributions, but I've mostly settled with Fedora for everyday use. For three years, I've explained to many people why Linux is a better choice, or why they should totally give it a try. During several of these conversations (with all different types of computer users), I have realized that there are too many myths around Linux. Many think Linux means only the black terminal, that it's something only geeks use.

I often ask people to install Linux and come back to me with two things they could do on other operating systems and couldn't do on Linux. Other than "play games," I've never heard too many other issues.

The very fact that they do not need to spend thousands of rupees getting an operating system—and do not need to spend similar amounts again every time a new version comes out—convinces many to give Linux a genuine try. Many people understand and respect open source values, and thus decide to switch. Many do it simply because they think Linux users are geekier (that is, cooler) people.

Today, when friends mockingly call me the "open source girl," I don't mind. I take pride in it. 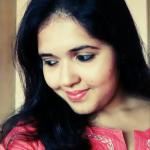 I like to describe myself as a developer in her alpha phase. I am an Open Source enthusiast who likes to hangout with geeks, drink loads of coffee and spend more than fifteen hours of her day infront of a black terminal. I am a Mozilla advocate who has a sword ready, anytime you say anything wrong about any of the Mozilla projects or products.
More about me