Geriatric Linux: How an 'old geezer' came to terms with computers

I was born in 1933, so computers weren't something I grew up with. In fact, neither was TV, atomic energy, or even jet planes. For my first 70 years I had neither the need nor the desire to become involved with computers.

I retired to a very small town on a mountainside, 50 miles from the nearest city. In the process of doing some part-time work for a group enterprise, I was set down in front of a PC and shown how to do the basic operations with it. Rote learning: do this, that happens. Never mind why. This was in 2002.

I couldn't help becoming a bit intrigued, and when I learned one of my neighbors ran a computer service business in the distant city I asked him if he'd help me get a PC of my own and show me how to use it. He agreed he'd do what was needed to set it up and keep it healthy, and he'd charge just half what his commercial clients paid. That was how, just before Christmas 2003, I became a computer user: nice new Compaq machine, nice new Windows XP.

The only Internet connection to our remote town was dial-up, with download speeds that topped out at a blazing 2KB/s (that's right, KILObytes), but I planned to use the machine mostly for writing anyway and didn't want distractions. Nonetheless, after a few years I found myself surfing (more like paddling, at those speeds) and I began to learn what an incredible resource I had at my fingertips.

Among the diverse things I found to read about was a relatively new but fast-growing computer operating system called Linux. It sounded fascinating: invented by a college student, developed by volunteers, used mainly by experts but available to amateurs; it appeared to defy not only the conventional business model, but the very concept of commercial software.

I asked my neighbor what he knew about Linux. "I know how to spell it," he said. His tone of voice let me know it would be unwise of me to pursue the matter further; this was, after all, the era when Steve Ballmer had branded Linux a cancer. The machine that now occupied much of my time was running solely because my neighbor did an update/overhaul/cleanout on it once a year, or so I thought, so I dropped the subject at once.

I kept on reading about it, however, and even bought a few books and magazines to learn more. It didn't look too intimidating, and I thought I might someday try it out. "Someday" came sooner than I thought: my computer came back from its December 2007 cleanup with a note that my neighbor would be moving away late the next year.

Oof! It was like a punch in the gut for me. I'd have to take the computer to some stranger 50 miles away when it needed cleaning! And how would I know it needed cleaning? What about viruses? How would I know if I had a virus? I knew just enough to realize how helpless I was. If my web reading had taught me nothing else, it had convinced me Windows was no do-it-yourself thing!

But Linux was. It was kind of intimidating to think I would have to learn a whole new operating system: not just how to use it, but how to install it, how to maintain it, how to fix it when something went wrong. The Microsoft message had always been "Leave all that to the experts." With Linux, I'd have to BE the expert.

Well, I wasn't going to risk my route to Internet information by trying a new system on my only computer. Fortunately, this was a time when P4-processor machines like mine were being retired for newer models, so by April of 2009 I had found a used one for about the price I had paid each year to maintain mine. That told me something right away.

Almost all my Linux books and magazines had come with a CD or DVD of some distro, and I went to work installing them one by one on my experimental box. It remained air-gapped, not because I was being security-conscious but because I had so much to learn about each of them before I began actually USING them.

I had barely begun playing with my new toy when crisis struck: I discovered my XP system had gotten the Conficker virus some weeks earlier: it could no longer contact the Norton Antivirus site or any official Windows sites. My dialup connection was probably too slow to be of any interest to the Conficker bot-handlers, but it was worth getting rid of. I drove the 50 miles to the city library, downloaded Norton's Conficker cleaner disc, and cleaned up my machine. I had become my own Windows admin!

I would never have dared do that without the experience of my Linux installs. And when, only a few months later, DSL came to my tiny town with decent Internet speeds, I was able to set up the connection myself. Soon I began to take an interest in the hardware too, upgrading my machines with RAM and graphics cards, and in 2012 gave myself a 79th birthday present by building a new 8-core machine from parts.

With that I became Microsoft-free, removing the last remaining Windows OS from what had by then become six machines I had owned. Two I gave away, one on which I wiped the hard drive and the other with a then-fresh Ubuntu Lucid Lynx installation for a friend. I still have my 12-year old Compaq, which currently runs MX-14 with grace and aplomb.

In these past few years I've been having a ball with Linux. I've learned more about digital technology and computer hardware than I ever expected I could, back in 2003. Instead of using computers passively like a TV, as Windows would have its users do, I've taken an active role in how mine work, what they do, and above all what I permit Microsoft and other bad influences on the Internet to do to them.

And it sure makes for an active retirement! 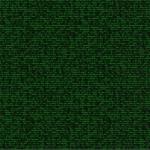 Korean War vet, GI Bill helped finance education through PhD in Astrophysics; taught and researched at universities and observatories, later went into aerospace, finally retired, now building and messing with computers, all of which run Linux.  (I don't do Windows)
More about me