Measurement Lab explores the current state of the Internet

When most people think about science, they see beakers, test tubes, eye droppers, and microscopes. If you're a member of the recent wave of citizen science—which is crowdsourcing data collection by amateur scientists—you might also think about sensors or smartphone-based data collection as part of your toolkit. But the basic scientific process is pretty straightforward: develop a hypothesis, select your methodology, measure and/or observe the thing in question, and analyze and interpret the results. Repeat steps 2-4 as needed.

So, how then can we measure something that is invisible and constantly changing, such as Internet performance?

You might be asking yourself: "Why?" and "How?" What would measuring Internet performance mean? The Internet statistics that we usually hear about are things like megabytes per second of upload or download speed, the percentage of the population with access to the Internet, or how many users a particular site or app has. At some point, you may have even done some of your own measurements, probably while troubleshooting your Internet connection, using a tool that checks your Internet speed and gives you a number. It's rare that you know how this works, where to find other people's results, or what any of those numbers really mean.

Imagine that you could work with data from all over the world and compare how fast the Internet is in a multitude of locations. What would you see? What do the numbers actually mean? Most importantly, what could you do with that type of information?

Turns out, you can access that information. My favorite open science project is actually a big Internet citizen science project called Measurement Lab. M-Lab for short, is the largest open Internet data project powered by crowdsourcing measurements of people's Internet connections from around the world. And, they've been publishing it daily since 2009.

M-Lab isn't just about open data either—it's an open platform for a few different research projects. The one that most people know is called Network Diagnostic Test (NDT). NDT measures your Internet connection by seeing how much information it can transfer between you and a server in 10 seconds. Everything about how NDT works is published openly, and anytime someone runs an NDT test the data is published to M-Lab and available for others to study and analyze. 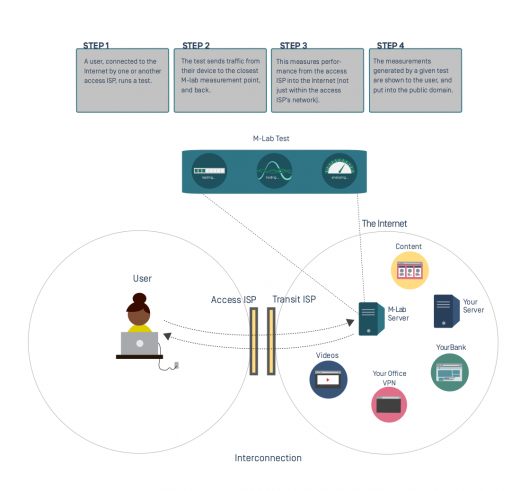 One of the challenges of studying the Internet is what you can study changes based on where you sit in the complex network that makes up the Internet, not to mention the Internet itself is changing all the time without our knowledge. M-Lab only uses tests that have methodologies that are open, and focuses on collecting measurements that describe the individual user experience, for example, what the average Internet user's experience is like trying to access information online. The benefit of having an open platform for these open measurements is that there's now a wealth of data to compare each measurement to, so by giving everyone the data, we all benefit from the collective information about the current state of the Internet. Want to help? Run a test. Explore the data. Get in touch about more ways you can get involved.

What to read next
Tags
Science
Georgia Bullen 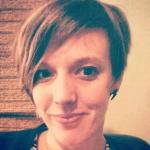