In Open Org book club, we let the sparks fly 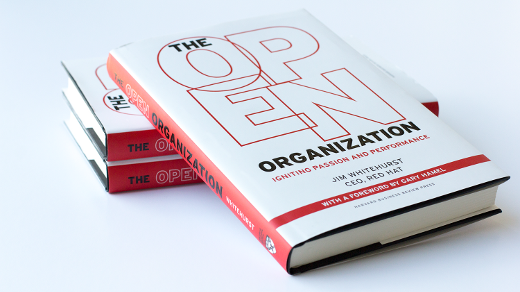 Our week discussing the productive power of friction slid by too quickly.

I began Week 5 of the Open Organization book club with a few thoughts on the ways open organizations reframe and harness friction's capacity for producing forward movement. In "Letting the Sparks Fly," The Open Organization's fifth chapter, Jim Whitehurst directs readers' attention to forces that inhibit the kind of "frank" discussion that make organizations better. He writes:

The lack of frank dialogue is the single biggest controllable weakness that most companies impose upon themselves. Being nice and letting things slide add up over time to an organization that knows its core problems but is unable to act. While conflict avoidance isn't a direct outcome of a conventional organizational structure, hierarchies clearly tend to soften bad news when it's going up the chain. All but the brashest have difficulty asking questions in a rigid hierarchy. Finding ways to foster frank, productive feedback and debate can improve the performance of any organization (p. 130)

What follows are some of my favorite moments from this week's discussion.

Magnus H. helped refine my thinking about the role of friction in open organizatoins, drawing a useful distinction between "friction" and "traction":

Rebecca discussed strategies for engaging more reticent colleagues, and pointed me to an Opensource.com article on the subject by DeLisa Alexander. (Two surefire tips? "Interrupt interrupters" and "Invite input from quiet and overlooked individuals.")

Laura also offered concrete and actionable advice for leaders looking to draw quieter team members into dialogue. "It's important to provide multiple channels," she said. "A tip for encouraging productive friction in virtual projects is to moderate a variety of communication methods, then serve as a bridge between them. It's harder for moderators to pay attention to multiple channels, but it is a way to meet people where they are."

And in the spirit of initiating productive discussions, Jim published a story about discovering "Linux's true power": its ability to inspire community among diverse users and advocates, to unite "people across all kinds of boundaries, including political and geographic ones."

Of course, our weekly #OpenOrgChat yielded a wealth of insight and advice. Here we are—getting ready:

Coming to you live from #OpenOrgChat command center! Ready for this edition of #TheOpenOrg book club! pic.twitter.com/mYt8pls7cg

We welcomed authors Brian Fielkow and Gene Kim to the discussion. Brian had some interesting things to say about silos, cliques, and engagement:

A1: Silos. If teams work independently rather than for the greater good of the company, silos make communication difficult. #OpenOrgChat

And Gene discussed how fear can lead to unproductive silences:

I’m always amazed a culture of fear that prevents people from even bothering to suggest ideas for improvement. @thomasdcameron #OpenOrgChat

Special guest Jackie Yeaney offered her tips for managing dissensus when the sparks start flying. Her advice: always assume the best intent on the part of others.

A8: Always assume positive intent even when you are being criticized. It’s the rt assumption 99% of the time #OpenOrgChat

Susan Black agreed, saying employees need to feel as though they're not being judged if they're going to offer productive feedback.

@openorgbook I think they need to be in a nonjudgmental work area. As long as they feel safe and not criticized, they can talk & share ideas

Others offered their advice, too. Thomas Cameron said said he uses the following conversational strategy to draw others into dialogue:

@openorgbook A3 I like to lead with "I think X makes sense, but [flaw]. Y could work, too. Help me figure out the best." #OpenOrgChat

I've seen mgmt un-invited from postmortems to facilitate trust & honesty. There is a role for mgmt. Symptom of opportunity. #OpenOrgChat

Next week, we'll be discussing ways to make more inclusive decisions. See you then.