The evolution of the open organization 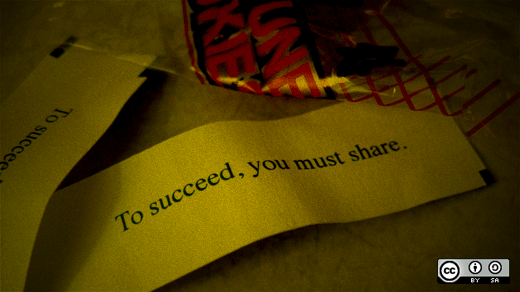 Reading Jim Whitehurst's The Open Organization, you can hear the voice of a leader on a mission. Achieving a well-described personal transformation to become the Red Hat CEO, Whitehurst chronicles his leadership journey of the last few years, increasingly believing that the "open organization model" he encountered (and then further developed with other Red Hatters) has the potential to become a "new management paradigm." The book further argues that reframing leadership as "engaging and catalyzing participative communities both inside and outside" has helped Red Hat better achieve all-important performance imperatives of speed, agility, and innovation, and that the open model could be applicable to other organizations too—enabling them similarly to achieve higher performance. The essays in this volume, plus the growing contributions to the "movement building" website Opensource.com, reflect a high level of enthusiasm and interest among many other practitioners for exploring further the practice of "open organization."

But like any movement on the rise, this one might benefit from some cautionary context. Leaf through most management books of the last thirty years, and you'll find narratives similar to those now surrounding the open organization. They tend to assume this general form: "The world is now facing an unprecedented magnitude of change. The situation calls for wise leaders to get ahead of the curve—by pursuing some new revolution of organization, practice, or strategy. Let me thus describe a personal, positive experience with the new approach that I've had; and let me amplify it by offering some how-to suggestions for joining this revolution. I can also offer a few illustrative case examples to help encourage you, dear reader, to take the plunge too."

Dismissing the open organization as just another version of this familiar management research story might seem easy. But we shouldn't be too quickly cynical. After all, the standard expositions of "new and better way of working" map to how much of human progress actually occurs. At the same time, however, we should challenge any new version of the story with a few hard questions. Specifically: is open management really something new and game-changing, or just yesterday's "revolution," dressed up in different clothes? Is its "solution" a one-shot idea or something really applicable to a broad variety of business challenges? And will the recommended approach indeed bring a quantum leap of effectiveness and performance—enough to justify adoption and (inevitably) the cost and pain of changing how a (currently non-open) company does its business?

As for the first question—"Is this really new?"—many open organization ideas have popped up, here and there, in research and best practice prescriptions of the last many years. The "Knowledge Revolution" that Peter Drucker and others first articulated in the 1980s started the march towards flatter, more empowered organizations, more democratic processes (especially in services firms), and more inclusive decision-making. The "discovery" of the value of high performance teams and cross-silo collaboration has matured from anti-hierarchical innovation in the 1980s and 90s to increasingly common practice in most best-of-class organizations.

Similarly, the "open book management" Jack Stack initiated during the same era has built a growing acceptance of greater participative transparency in the workplace; self-governing initiatives in different pioneering organizations like W.L. Gore and others have demonstrated how meritocracy produces both higher engagement and better operating results. As Jason Baker's essay in this volume also points out, many of the open management principles can actually be found in the charters of 19th century cooperative organizations. And, as Jim Collins and others have ably demonstrated for years, the power of employee engagement and passion in distinguishing "great" from "merely good" organizations.

All that said, just because certain ideas have been around for a while doesn't mean they should be discarded or discounted. Whitehurst generously acknowledges the tradition behind much of the open organization framework, and makes no claim for "first ever" invention of its various principles. And, of course, open management is itself a descendant of the open source software movement, on which companies like Red Hat trade.

What is perhaps new—and so Whitehurst's book implies—is the combination of the various principles, and their seeming adaptive relevance as a coherent habit of practice and thought in a world that really now differs from the operating environment of even ten years ago: more-than-ever competitive, more-than-ever interconnected in networks, and more-than-ever putting a premium on specialized, collaboration-seeking digital-native talent who expect greater autonomy and responsibility for their own work and decisions.

Not surprisingly, the life span of traditional organizations and their leaders' tenure is shrinking. In the dust and ashes of accelerating creative destruction, new business models are rising almost weekly, most of which in some form or other point towards—or even embrace—open management kind of ideas: enterprises that are "crowd sourced" and build value through open communities (e.g. Github, Kickstarter, Wikipedia, Top Coder, etc.); platform companies like Task Rabbit, Uber, and others which operate as markets or communities of networked, meritocratically empowered entrepreneurs or volunteers; product companies that co-create offerings with customers (e.g. network companies like Threadless but also now many Fortune 500 companies too), drawing on passion and collaboration across boundaries; ecosystems of collaborating partners (e.g. in education, environmentalism) that thrive on inclusive decision-making and self-governing principles. Plenty of companies and other enterprises are thriving today without being really "open"—but change is in the wind, and any new model that seems to offer greater speed, innovation, and engagement of top talent must be seriously weighed for its potential as a new "best practice."

Frontiers of application and performance

That said, whether this open management paradigm is really new, newly assembled, or just newly suited to a new operating environment at a certain point becomes merely an academic question. My own guess would be "some combination of all three." Much more important, however, are the second and third questions posed above: Does the approach drive better performance in a wide range of applications and endeavors across our society and economy?

Here, Whitehurst's book and the essays of this volume show promising signs of positive answers, but (appropriately) with less certainty and detail than a fully developed new management system would require. The Open Organization references several other organizations successfully working "open," and several essays following here (e.g. by Fielkow, Branon, Hilliger, Watkins) illuminate how some or several of the open principles are changing for the better work in enterprises beyond Red Hat. Other essays (e.g. by Hibbets, Savage, and Wike Huger) offer more granular discussion of open practice at Red Hat itself. But more disciplined and extended analysis, both at Red Hat and across more non-software examples are still necessary.

As a movement, open management is gaining adherents, generating passion among practitioners, and pointing the way towards working smarter and more agile in many arenas. But it has not yet achieved the kind of crisp articulation and replicable recipe that would scientifically demonstrate the kind of taken-for-granted value that hierarchically structured business organizations of the last generation have established. Yes, everybody knows that Alfred Chandler-style command-and-control is becoming less and less effective in our new networked world—but the jury is still out whether open management will achieve the durable and unquestioned status as its widely accepted successor someday.

But neither Jim Whitehurst's book nor this volume of essays is yet making that assertion. The open management movement's collective claim remains suitably modest—essentially: "Here's something that really seems to work in various situations we know, and seems to fit pretty well the new way organizations have to work. But there's more to learn." One of the great strengths of this movement—true to its own principles—is a rooted understanding that progress is evolutionary, that the crowd, not any single or limited set of gurus, will shape the ethos and practices of the "better way of working." Better practice will become clearer over time, but with no pre-determined path or necessary endgame as a goal. Whitehurst authentically acknowledges that, despite the successes of the approach developing at Red Hat, he's also encountered plenty of learn-by-doing failures, and that for all of his understanding, open management remains "a work in progress."

And thus this volume. The collective spirit of the essays that follow is consistently that of explorers and tinkerers in search of progress, not zealots or absolutists preaching the final sermon. Open management, as Bryan Behrenshausen's essay reminds us, stands on the shoulders of the philosophy that gave rise to the Internet itself: "everything is a request for comment." The next success horizon for the open management movement will be developing more case examples and analysis of performance mechanisms—but also more detailed synthesis of the next round of questions to be explored by active and would-be practitioners.

With that agenda and hope in mind, please now read on.

(This article appears as the foreword to The Open Organization Field Guide. Download your free copy of the guide today.) 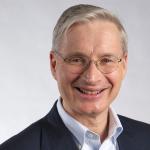