Could your team be managing itself?

I was engaged recently in a passionate conversation ignited by a simple comment: "A team has to be managed." The comment made me think I wasn't on the same page as my interlocutor.

I was discussing the importance of designing organizational roles that won't become bottlenecks (roles that won't prevent the organization from delivering efficiently or to adapting quickly to changes). In classic organization design, we tend to think that designing boxes on an organizational chart and putting great people in charge will solve all our problems. That approach could work in static environments, where what you have to deliver is defined once and for all.

But if your environment is continually changing, you need to adapt your value proposal to those changes. Your organization needs to be adaptable.

My interlocutor was on the path to designing the boxes of a new organization. On his radar were managers that will have full responsibility for certain groups and team leaders with full responsibility of the teams making up those groups. Static groups, static roles, static functions.

But you can't achieve a capacity for adaptability in your organization if you rely on overloaded people dealing with multiple responsibilities. I suggested an alternative: Self-organizing teams designed around roles that are not bottlenecks, roles that team members could take either full-time or for a portion of their time.

Unfortunately, my interlocutor jumped to the conclusion that my goal was to remove all managers and team leaders from the organization—as if self-organizing teams and management were somehow mutually exclusive.

The Open Organization Definition lists five characteristics as the basic conditions for openness:

I agree that a team has to be managed, and I think many of the activities we see as the sole responsibility of the managers or the team leaders could, in fact, be delegated directly to the team—or to team members that could effectively deliver the activities serving the team.

A team has to be managed, and I think many of the activities we see as the sole responsibility of the managers or the team leaders could, in fact, be delegated directly to the team.

So from my perspective, a team has to be managed, but a large part of that management could be done by the team itself, creating a self-managed team.

Let's review some of those activities:

When I look at those activities, I see some that could be delegated to a system put in place by the team itself—like the distribution of work, for example. The distribution of the work can be made obvious for team members by simply making the work visible to everyone.

Giving managers or team leaders the ability to consider the activities for which they're accountable and the activities they can delegate to the team can remove the bottlenecks and single points of failure that currently exist in some organizations.

I see activities that are focused on users and the why and what the team is delivering. On some teams with which I've worked, those activities are delegated to a team member taking, for example, the role of User Advocate or Product Owner (to use the Scrum terminology).

I see activities that are focused on how the team is working. Those activities are delegated to a team member taking, for example, the role of Team Catalyst or Scrum Master.

In both cases, their role will be to ensure that the activities are done by the team, not necessarily to handle everything by themselves.

By looking at the activities in more detail, I can envision many of them being handled by team members as part of their current role, or in a new role.

Giving managers or team leaders the ability to consider the activities for which they're accountable and the activities they can delegate to the team can remove the bottlenecks and single points of failure that currently exist in some organizations.

The top requirement for high-impact teams

Performance depends on making sure everyone knows what needs to be done. 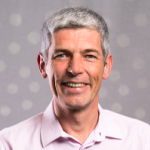 Alexis Monville is building high impact sustainable organizations. Alexis is a member of the Engineering Leadership Team at Red Hat. Alexis brings more than 20 years of operations and management experience.
More about me