What's the cheese no one in your organization will touch, let alone move?

How to start conversations about your team's open secrets 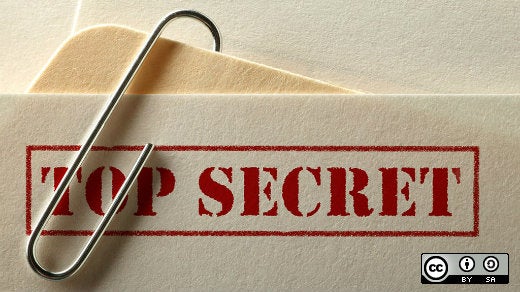 Nobody knows when or how, but one day, that cheese mysteriously appeared on the blacktop. Nobody knew who it belonged to. Nobody touched it. Nobody threw it away. And so there it sat—growing more foul and powerful by the day.—Diary of a Wimpy Kid

Every organization has its share of "open secrets": unhealthy situations, broken processes, or awkward realities that cry out for attention, but that, for some reason—even though everyone whispers and points—nobody will directly address. Even in an otherwise open organization, we struggle with knowing how to deal with open secrets.

As this clip from Diary of a Wimpy Kid illustrates, the open secret is the moldy cheese that no one in your organization wants to touch:

Intentionally choosing to work in an open organization is a start, but transparency when it is "easy" or obviously beneficial isn't enough. Transparency works best when we embrace it even when it costs us something.

So why are these open secrets keeping us from deep-down transparency all over the organization?

Something about an open secret fascinates us. We all remember when we noticed it, and curiosity about it grows when we discover that the only way to discretely learn more about it is by listening in on water-cooler whispers or back-office inside-scoops. The open secret's presence eventually takes on mythical powers in the organization, "growing more foul and powerful by the day," because everybody sees it, but nobody dares to talk about it openly.

Why is it so hard to bring ourselves to "touch the cheese" and discuss an open secret? The specific nature of the open secret will ultimately determine how people deal with it, but in general several factors can influence those reactions. As Amy Edmondson, professor at Harvard Business School explains, a need for psychological safety is the heart of most of them.

"The only way to get rid of the cheese touch was by passing it on to someone else."

When everyone neglects addressing an open secret, people compensate for their discomfort with its existence by redirecting their attention to someone else's inadequate engagement with it. And this deflection then reinforces the collective sense that discussing this issue will yield negative social consequences. Get enough people in the room deflecting their discomfort, and this perception eventually becomes a self-fulfilling prophecy.

When everyone neglects addressing an open secret, people compensate for their discomfort with its existence by redirecting their attention to someone else's inadequate engagement with it.

"And so the cheese sits, patiently waiting for its next victim."

The open secret left alive competes with the mission of the company because it silently demands attention from its members without any positive return on that investment. The problem at this point is no longer the issue wrapped up in the open secret itself, but the incredible drain on mental, social, emotional, and sometimes logistical and financial resources people marshal to avoid discussion of the open secret—not to mention its eventual resolution. In this way, the open secret is always personal. It directly impacts the effectiveness of everyone who knows about it and does nothing.

What are you going to do with that cheese?

Chances are, you're thinking about that cheese on your blacktop—whatever it may be. Have you stopped to identify your motivation for avoiding addressing it (or finding the right person who can)? When you think about it, "touching the cheese" usually begins with asking a simple question: Why is that process still being used? How did this project get assigned this way? How did we end up with five different supervisors?

Often, simply asking the question out loud and discussing the open secret—well, openly—demystifies the Cheese Touch effect; it translates the secret's size, weight, and impact into human terms. It's something like being the first to take a donut in the break room: once the first one's gone, the rest of them evaporate. Figure out why you haven't touched the cheese—and touch it. That's what being open is all about.

Why do organizations have open secrets?

Everyone sees something, but no one says anything—that's the bystander effect. And it's damaging your organizational culture. 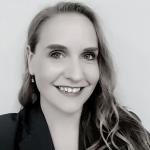 MaryJo Burchard (Concord Leader) helps leaders in business, public sector, education, and nonprofits to develop open behaviors and interactions to measurably raise the bar of humane, Open engagement in the workplace. MaryJo has a PhD in Organizational Leadership from Regent University and conducts training and internal organizational development consulting for executives and managers.
More about me